Advertisement
The Newspaper for the Future of Miami
Connect with us:
Front Page » Communities » Miami River marina plans to add 100-seat restaurant 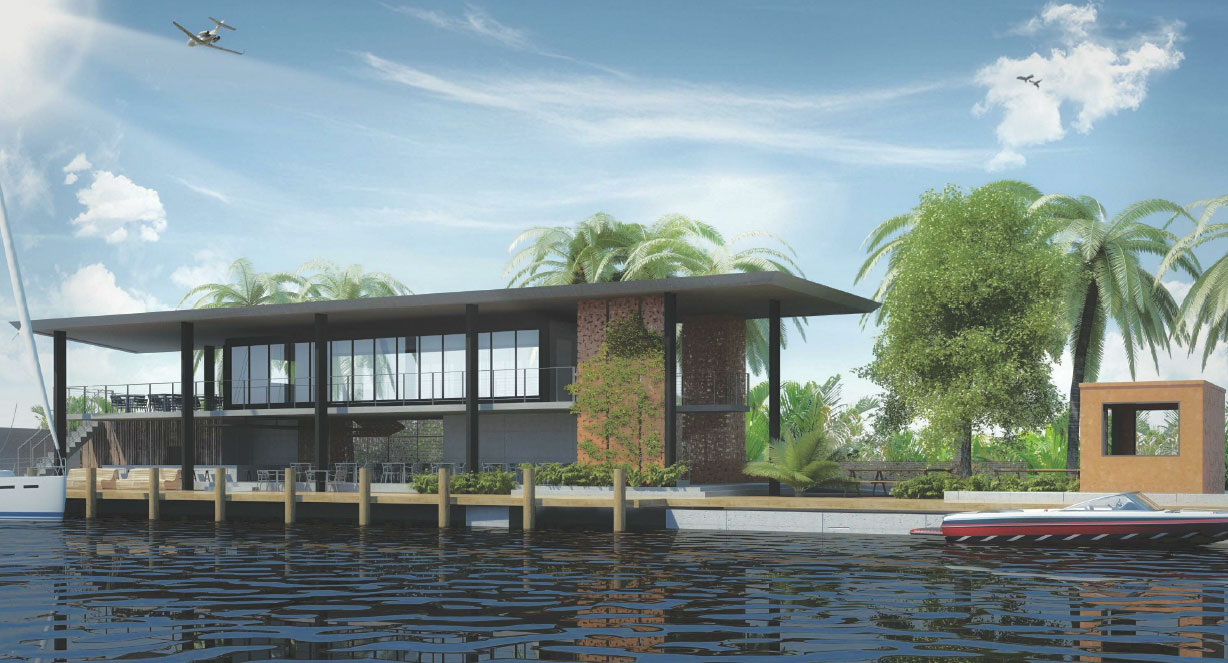 A marina on the Miami River plans to expand its business with the addition of a restaurant.

5th St Marina LLC is proposing construction of a 100-seat restaurant with some outdoor seating at 341-361 NW South River Drive, next door to 5th Street Marina.

The Miami River Commission is expected to review the project Dec. 4. The commission’s Urban Infill and Greenways Subcommittee discussed the plan Nov. 15 and recommended the commission approve the project, with conditions.

The marina owner is requesting special permission to open the restaurant on land zoned for marine-industrial uses, via the awarding of a warrant from the City of Miami.

Project architect Arturo G. Griego of itec design went over details of a site plan for the restaurant, to be called Gramps by the Sea, described as an accessory use to an existing marine use.

The property is zoned D3for marine-industrial uses. A restaurant would be allowed, however, with special permission or by administrative warrant – a special conditional use that is decided by the city’s planning director and is subject to appeal by neighboring property owners. The granting of a warrant can be appealed first to the city’s Planning, Zoning and Appeals Board, and that decision can be appealed to the city commission.

Orin Black, of 5th Street Marina, told committee members the marina has contemplated this additional use for about four years, and the goal is to offer the community a friendly beer garden seafood restaurant on the river.

The two-story restaurant would rise just east of an existing one-story building. There would be 20 parking spaces on a surface lot next to the 5th Street Bridge. Along with a waterfront setback of about 14 feet, the project includes a public riverwalk.

Mr. Griego told committee members he was excited to be working on this project to bring an added use to the property. He said it was challenging to design the new structure on such a small site, in both width and length.

He said this project is trying to be “responsive” to that transition and is designed to offer “a very casual, friendly, open space.”

Mr. Griego said in designing the restaurant they worked to “minimize our footprint.” The bathrooms and kitchen will be on the first floor. There’s to be a private room on the second floor of about 1,000 square feet.

On the west end of the new construction would be a garden with seating and juice bar.

Mr. Griego said the design is like an enclosed big shed or a boatyard with a roof, and will be built with materials that appear old and rustic.

He said if you think of a $1,000-a-plate dining establishment, this will be the opposite.

Mark Bailey of the Miami River Marine Group asked if the main use of the property would remain marine-industrial.

Mr. Black said yes, noting that the marina has about six mega-yacht slips and about 40 smaller slips. The bulk of the slips are west of the 5th Street Bridge.

Mr. Black was asked about music and operating hours for the restaurant. He said it would include event space, any music would end at 11 p.m. and the bar would close at 2 a.m.

Jim Murley, co-chair of the committee, said the proposed restaurant is an ancillary use to the main marina use, and the committee recommends approval of the warrant. Conditions include a 10-foot-wide access to the riverfront on the west, construction of a new seawall, and a 14-foot setback with a riverwalk with an unobstructed walkway about 9 feet wide.

Committee members good naturedly suggested a name change to Gramps on the River.