Advertisement
The Newspaper for the Future of Miami
Connect with us:
Front Page » Profile » Javier Holtz: Expands Marquis Bank to 10 times its size in 7 years 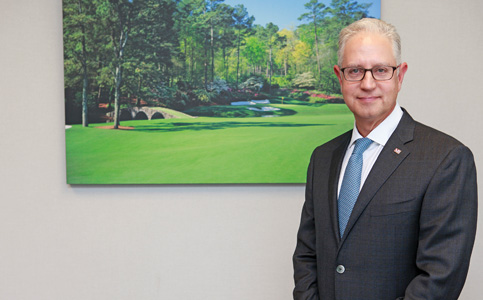 Since Javier J. Holtz joined Coral-Gables based Marquis Bank in March of 2010, he has grown the bank’s assets more than ten times the original size. ‘It’s a pretty basic model, but a very efficient one,’ Mr. Holtz said of his banking strategy.

Though Marquis Bank has only two branch locations, it is one of the fastest-growing community banks in the state. In April of 2014, the US Treasury Department reported that Marquis Bank has the largest increase in qualifying business loans in a pool of 14 Florida banks and ranked fifth in the nation out of 298 institutions.

Marquis Bank makes up for its limited physical branches by offering the best services, Mr. Holtz said. Marquis Bank offers all of the latest banking technology and prioritizes customer relations. ‘We deliver a level of service that they can’t find anywhere else,’ he said.

Mr. Holtz says technology is shifting the banking industry away from branches and towards tech-focused community banks.

He has been in the banking industry since he was just a teenager, working at his father’s bank, Capital Bank. ‘It’s no longer a 9-5 job,’ Mr. Holtz told Miami Today about the changing banking industry. To be a successful banker, he says, you must always be available day, day and night.

When he isn’t working, Mr. Holtz says he loves to play golf with his sons. ‘They’re a lot better than me,’ he said, laughing. Marquis Bank’s headquarters in Coral Gables is decorated with golf landscapes around the world, giving clients an inside look into Mr. Holtz’s favorite way to spend his free time.

As a community bank leader, Mr. Holtz says it is his mission to always give back. Marquis Bank encourages all of its team members to get involved with the community, he says. The bank pursues causes that are important to employees and clients alike. Personally, Mr. Holtz invests his time and money to support the causes closest to him: fundraising for Diabetes research and the Holtz Children’s Hospital.

Mr. Holtz’s service to the community extends past his role at the bank. Since 2010 he has served as Vice Mayor of Indian Creek Village, where he is addressing sea level rise on the island.

Miami Today reporter Gabi Maspons interviewed Mr. Holtz at the Marquis Bank headquarters in Coral Gables. The interview was recorded by Jahmoukie Dayle, and can be found Nov. 24 at http://bit.ly/2uNHy0Q.