Advertisement
The Newspaper for the Future of Miami
Connect with us:
Front Page » Arts & Culture » Art Basel Miami Beach keynotes an arts rebirth 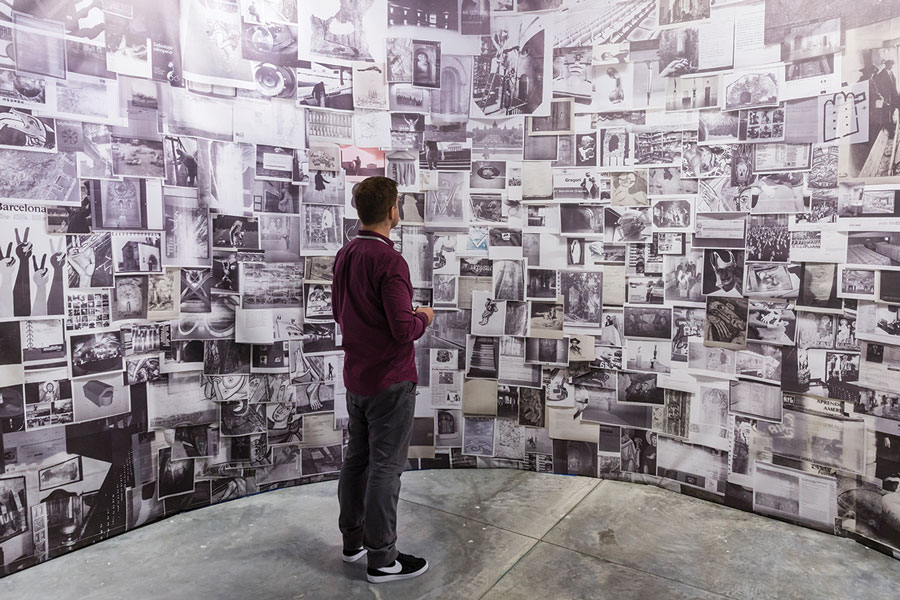 This year’s Art Basel Miami Beach opens amid a season of rebirth for the arts: The Bass Museum is re-opening after being renovated and the Institute of Contemporary Art will move into its new location in the Design District.

The main show, held at the Miami Beach Convention Center, will feature works from 268 galleries in 32 countries, with some of the galleries new to the show this year. The new exhibitors hail from the Americas (10), Europe (8) and Asia (3). Exhibitors include Applicat-Prazan, Tyler Rollins Fine Art, Múrias Centeno, Inman Gallery and Isla Flotante, Patron, among others.

For the first time, off-site shows are being held at the former Miami Herald site on Biscayne Bay in the Omni area. As in the past, satellite shows will take place in Wynwood, Midtown and around downtown and Miami Beach.

Because the convention center is in the midst of a multi-year renovation, “this year’s show will feature an expanded exhibition layout and enhanced show design that will allow for larger booths, wider aisles and improved lounging and dining options,” said a show release.

The show is divided into sections. Galleries, the main section, will feature 198 exhibitors specializing in modern and contemporary art; several are “graduating” into the Galleries section after having exhibited in the Feature or Survey section in past years. They include Canal and Bureau from the US, Kalfayan Galleries from Europe, and Tokyo Gallery + BTAP from Asia.

The Kabinett section allows galleries to display curated exhibitions within their booths. There are 25 projects this year, ranging from thematic group exhibitions to art-historical showcases and solo shows for rising stars. More than half of the participants are presenting works by female artists.

The Banyan Room at the Miami Beach Botanical Garden, adjacent to the convention center, will host Conversations, the fair’s slate of lectures and discussions with leaders of the international art scene. “Is Culture in the Americas in Big Trouble?” addresses the current threat to art and culture amid a major conservative shift in politics, while “Beyond Collecting: What is Patronage?” focuses on collectors who have moved beyond simply purchasing to open foundations and support museums.

The fair begins with by-invitation events Dec. 6 and is open to the public from Dec. 7-10.