Advertisement
The Newspaper for the Future of Miami
Connect with us:
Front Page » Education » University of Miami team’s free game in name of science

University of Miami team’s free game in name of science 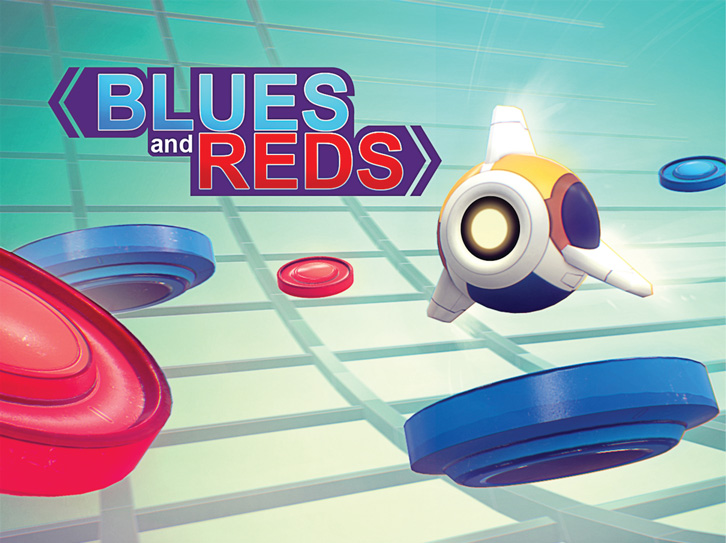 Two University of Miami professors have created a new mobile game in the name of science. Titled “Blues and Reds,” the puzzle game measures the players’ problem-solving abilities and has two overall objectives: to provide entertainment for the players and to provide scientific data for researchers.

Economics professors Konrad Grabiszewski and Alex Horenstein at the UM School of Business Administration came up with the idea last October when they wanted to help advance science in an interesting way where anyone could participate. They identified mobile gaming as the best way to accomplish this.

“We realized watching people in transportation, family meetings and our class that they use their phones all the time. This is a huge opportunity for scientists because the technology is already in the hands of billions,” Mr. Grabiszewski said. “You can be anywhere in the world and be a part of research – a game for science.”

The two, who have known each other for more than 10 years, had commented that their experiments conducted in the university had lacked data because of their limited sample, which usually only included students. This made their data hard to generalize to others outside the campus environment.

“So we thought, why not take the lab and experiments out and put it into everyone’s pockets since everyone uses mobile devices,” Mr. Horenstein said. “The idea is part of our long-term friendship of two nerds. That was how the idea was born.”

The game measures the players’ logical reasoning through interactive problems that get increasingly harder each time. There are 58 levels divided into 10 chapters, where the concept and basics are the same. The player is pitted against the computer, and they take turns moving into position until there is a dead end where there is either a blue or red node. If players land on the blue node, they win. If players land on a red node, they lose.

Players who complete all levels will be provided an analysis of their skills and how they rank against others within their demographic groups that include country, age and gender. This identifies the percentage of users who are able to attain the levels for researchers to develop better theories of behavior.

For the pair, the creation process was a challenge, as this was their first time ever dreaming up a game. All they had was an idea that they pitched to a board of UM higher-ups, who approved the idea and gave them an undisclosed budget of less than half a million dollars.

The idea of behavioral economics has always been prevalent, but had a boost when the economist Richard Thaler won a Nobel Prize for work in the same field.

“We have great satisfaction of coming up with an idea and being able to materialize it. And now we can see the data being generated,” Mr. Horenstein said. “We have interesting behavioral data that will help.”

The game, released in August, is free to download and has had 15,000 players from all over the world. Eventually, the researchers believe scientific journals will ask for the results for replication purposes, but until then they are promoting their game globally. The game went live in the China market last week.

The two hope to create another game in the future, adding more research for science.

“The video game industry is a very important industry from an economic perspective,” Mr. Grabiszewski said. “I look at it from a scientific perspective and how we can use it. The data collected is the treasure that comes from the game.”