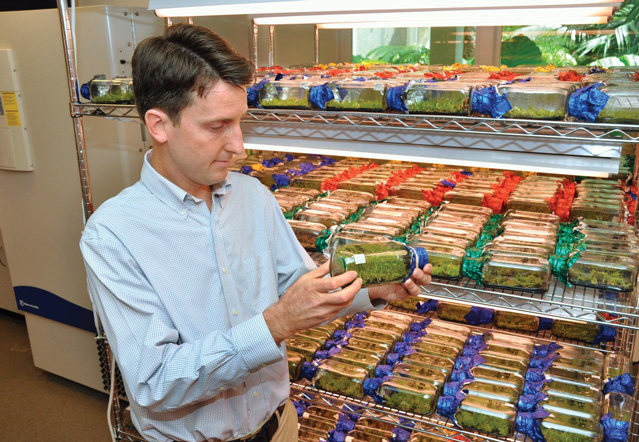 Fairchild Tropical Botanic Garden’s Million Orchid Project, which aims to repopulate Miami with exotic plants that have disappeared over the years, hit a minor road bump in September after many trees were damaged due to hurricane Irma.

The project, which started in December 2012, gained initial support through partnerships with Coral Gables, the Village of Palmetto Bay and Miami-Dade Public Schools.

Since then, the project has partnered with the City of Miami Beach, Doral and the Miami Design District on June 16, as part of the project’s efforts to reach its goal of growing and reintroducing 1 million endangered orchids to South Florida’s urban spaces by planting various orchid species on trees throughout the county.

“The hurricane hit during the beginning of planting season, which affected the project only because it damaged a lot of trees,” said Carl Lewis, director of Fairchild Tropical Botanic Garden. “Thankfully, we are still planting but it’s not at the same rate as before due to tree damage.”

Looking forward, Mr. Lewis said, “Our target for this year is to grow and plant 100,000 orchids. It all depends on how quickly we can put the orchids out.”

One way Mr. Lewis said he thinks the project can reach its goal for the year is through its fully functioning STEMLab, courtesy of the project’s partnership with Miami-Dade Public Schools.

The STEMLab, which was unveiled in March 2016, houses a mobile tissue culture lab inside a decommissioned school bus that was constructed and designed by University of Miami School of Architecture students.

The mobile lab, which is similar to the micropropagation laboratory that Fairchild has in its DiMare Science Village to nurture the orchid seeds until they are ready to grow, travels to schools to let students participate in the project in several ways.

One of those is working on propagation protocol-related issues such as deciding whether to grow the orchids on moss or bark and how that decision will affect the overall growing process.

Once the students record that data it is collected, used and applied in real-time throughout the project.

“The STEMLab is still going strong and has picked back up where we left off before the hurricane,” Mr. Lewis said, “We currently have 30 middle schools working with us to plant as many orchids as we can and are working very hard to meet our goal.”

Looking forward, Mr. Lewis said, the main concerns are “how can we get orchids into different neighborhoods? And how can work with different municipalities to make it happen?”

Only time, he said, will tell.