Advertisement
The Newspaper for the Future of Miami
Connect with us:
Front Page » Top Stories » El Al about to fly new Tel Aviv-Miami route 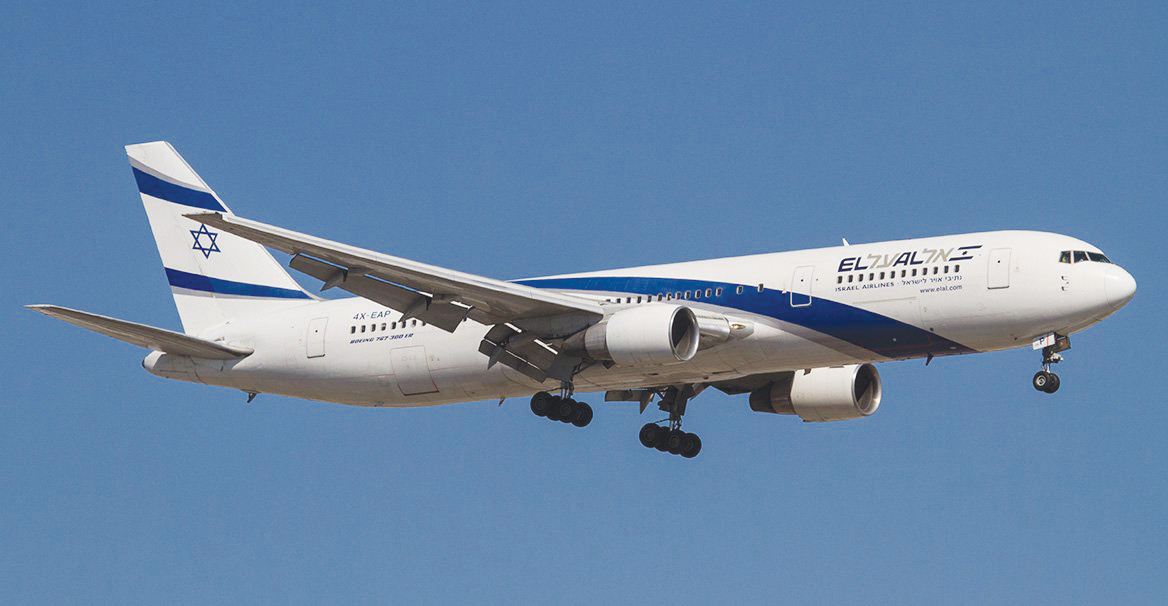 On Nov. 1, El Al will fly its first passengers from Miami to Tel Aviv through its new route at the Miami International Airport.

MIA has been in contact with El Al since early last year to develop the route to Tel Aviv, and is the sixth connection point for the airline in North America. Miami will be the El Al’s only destination in Florida and in the Southeast US with non-stop service to Tel Aviv.

“We are very excited about this new flight and are looking forward to selling out our customers in Florida,” said Yoram Elgrabi, managing director of El Al Israel Airlines, North and Central America.

Flights will depart from Miami to Tel Aviv at 11 p.m. Saturdays and 1 p.m. Mondays and Wednesdays. Return flights to Miami will depart Tel Aviv at midnight Sundays, Tuesdays and Thursdays.

The Boeing 777 will service the three weekly flights, and can accommodate 279 people: six in first class, 35 in business class, 30 in economy plus and 208 in economy.

“The ratio for business and first class is very high,” Mr. Elgrabi said. “They are in very good demand.”

Full service is offered to all passengers, with the option of 20 kosher meals they can pre-select online.

The service lounge, an El Al brand staple, is already open and ready for the first flight, and is similar to other El Al lounges worldwide. The lounge is to host all premium class passengers, some Matmid Frequent Flyer Club members and members of El Al’s King David Club.

The airline previously offered the same route between Tel Aviv and Miami before cancelling service in September 2008 because “the fuel cost was one of the highest rates ever and the economic crisis created a perfect storm,” Mr. Elgrabi said.

“We are proud to come back to Miami and are very happy and excited about opening this route,” Mr. Elgrabi told Miami Today in June.

As for demand, Mr. Elgrabi says the new route is doing well.

“We have a very nice demand and capacity for the coming six months,” Mr. Elgrabi said.

Mr. Elgrabi said there is slightly more demand from Israeli nationals than Americans, and he hopes that over the next year or so the demand will balance out.

“A lot of Israelis are interested [in this connection] and have already booked to Miami,” Mr. Elgrabi said.

“We have very nice demand from the Israeli market, and with time we will succeed in having a 50/50 distribution between the customers in Miami and Tel Aviv,” Mr. Elgrabi said. “If we added the flight one year in advance, the picture would be different.

Though most flights are available a full year ahead of the flying dates, El Al opened bookings less than six months before the first flight.

“Unfortunately, we started bookings in late May, so the demand is delayed,” Mr. Elgrabi said.

Mr. Elgrabi told Miami Today the delay was not intentional, but a symptom of last minute decision-making.

“We had a huge debate over whether we were going to operate from Miami or Chicago and had to analyze what was the best for our customers,” he said.

In addition to the competition delay, Mr. Elgrabi said the aircraft serving the route from Miami to Tel Aviv changed, as a new aircraft in New York with a different seating configuration became available.

“I’m sure that both countries will benefit from this operation,” he said. “Everything is developing well and we are very satisfied.”