Advertisement
The Newspaper for the Future of Miami
Connect with us:
Front Page » Real Estate » New affordable housing is coming to the West Grove

New affordable housing is coming to the West Grove 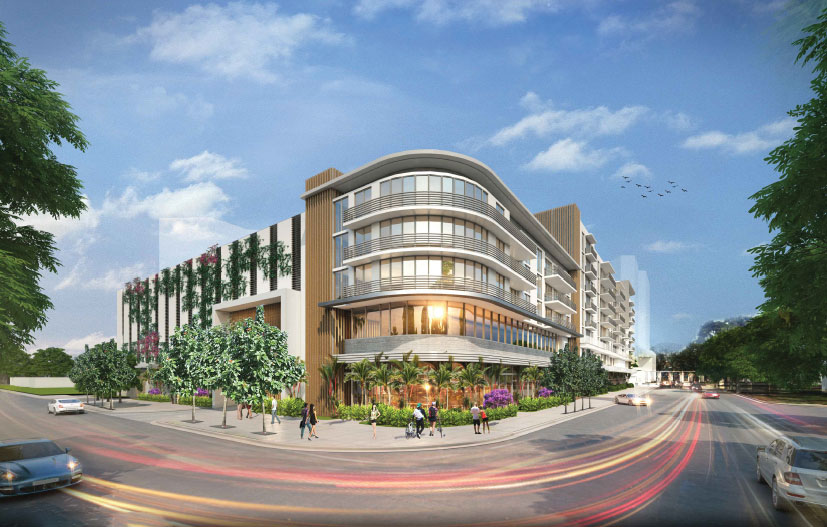 The project will bring stores, offices and apartments to the neighborhood, and intends to take advantage of its location at the foot of a pedestrian overpass that connects to Metrorail’s Douglas Road Station.

Besides being a transit-oriented development, Platform 3750 plans a mix of workforce and market rate apartments.

The county was a co-applicant for land use and zoning changes, which city commissioners approved on first reading May 25 and with a final vote Sept. 28.

The project is designed at eight stories on US 1 and five stories on the southern part of the site fronting Day Avenue and Douglas Road.

The site is owned by Miami-Dade County Community Action and Human Services Department and is home to the Frankie Shannon Rolle Neighborhood Service Center.

Platform 3750 was the subject of a Miami-Dade County request for proposals.

Initially, the developer and the county planned to dedicate 20% of the apartments to workforce housing, but neighbors in the West Grove demanded more. A few were still lobbying to put off a final vote on rezoning until more benefits could be gained for the community.

The final approval is tied to a covenant from the developer dedicating at least 40% of the units to affordable and workforce housing.

Teresa Burke said she was concerned about the impact on the West Grove, a community filled with owner-occupied single-family, one-story homes, some belonging to descendants of the original settlers of the area.

She said she realizes that change is a given but she worries about the scale and design of Platform 3750.

“I’m concerned for my neighbors,” said Ms. Burke, saying she was looking for assurances from the developer and the city that the character of the neighborhood would be preserved.

J.S. Rashid, area businessman and head of a homeowners association in the West Grove, asked commissioners to defer a final vote so the community could work to get more affordable units in the mix.

Mr. Rashid said the city is in the grips of the “greatest housing crisis ever” and it would not be right to approve the rezoning without further negotiations to get a “win-win-win.”

Grove resident and candidate for mayor Williams Armbrister Sr. echoed those comments and said “I won’t stand by” while city leaders approve a rezoning that encourages the reintroduction of segregation through gentrification.

Approving the project would encourage more up-zoning, with developers trying to squeeze multiple residential units on a single lot, he said.

Melissa Tapanes Llahues, an attorney for Platform 3750 LLC, requested the commission proceed with a final vote to approve the zoning and land use changes.

She said the development will be “transformative” for the Grove and the final product is the result of extensive community outreach.

Ms. Llahues then put on record the promises written into a covenant from the developer, which include:

The property must be developed in accordance with plans prepared by Kobi Karp Architecture and Interior Design Inc.

The project must meet the county’s Art in Public Places ordinance.

The tenant must maintain landscaping best management practices for the courtyard’s landscape wall.

Not less than 40% of the units shall be dedicated to affordable and workforce housing, restricting the units to households whose income is 40% to 140% of the median family income for Miami-Dade County.

The affordable/workforce housing units must be interspersed throughout the building and generally have the same features and amenities as the market rate units.

The general contractor must work with CareerSource South Florida or a similar agency to place unemployed and underemployed community residents with sub-contractors working at the property.

There must be a car sharing service on the property.

The Frankie Rolle center will be moved near the community it serves.

The tenant will promote the use of Metrorail as well as the proposed Underline linear park.

The tenant will work with Miami-Dade Transit to redesign the pedestrian bridge to the property.

Ms. Llahues said the developer and county will be applying for state subsidies to assist with the affordable housing component.

District City Commissioner Ken Russell was encouraging the inclusion of affordable residential units. He asked what the mix would be.

Ms. Llahues confirmed that of the 192 units, 77 would be affordable or workforce.

A gas station at the corner of US 1 isn’t part of the project and is expected to keep operating. A large elevated billboard adjacent to the gas station may also remain.

A structure built in 1967 will be razed to make way for the new building, and the county will use some of the new office space.

The retail is to focus on businesses that provide services and jobs to neighborhood residents, the developer said, and hopes are to attract a Starbucks and a grocer.