Advertisement
The Newspaper for the Future of Miami
Connect with us:
Front Page » Top Stories » Miracle Mile upgrade ‘on target and on schedule’

Miracle Mile upgrade ‘on target and on schedule’ 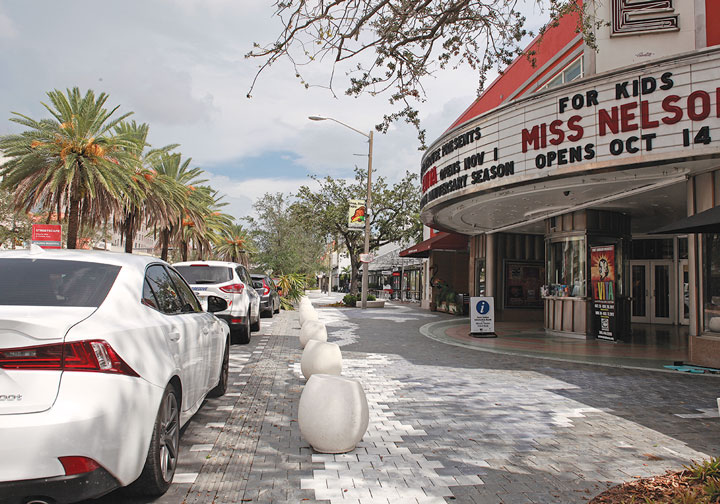 One day after Hurricane Irma tore through Miami, workers were back on the job of renovating the north side of Miracle Mile, said Javier Betancourt, director of the Coral Gables Economic Development Department.

“There was very little down time, because they did such a great job of prepping the site,” in advance of the storm, he said. “The project is on target and on schedule.”

The south side of Miracle Mile and the Giralda Avenue component of the project are done, he added.

In celebration, the city and the Coral Gables Business Improvement District will host a party Oct. 13 in Giralda Plaza, the pedestrian mall on Giralda Avenue that was created as part of the project. The mall will remain closed to vehicles as part of a two-year pilot project, which was requested by businesses there, the streetscape’s website said.

“The goal of the project is to enhance the economic vitality of the downtown Coral Gables district by transforming some of the city’s main commercial streets, Miracle Mile and Giralda Avenue,” said the project’s website. “The improvements are intended to provide a cohesive pedestrian-friendly experience with garden areas, outdoor dining, improved lighting, way finding, public art and more.

Completion of the last three blocks on the north side of Miracle Mile (those closest to Douglas Road) is set for no later than January, Mr. Betancourt said. Crosswalks are also being installed all along Miracle Mile.

On the blocks that are done, “Thousands of people are enjoying smooth sidewalks and restaurant operators are applying for outdoor dining permits,” he said. “Early in the new year, when the last blocks on the north side are done, we’ll have a great celebration.”