Advertisement
The Newspaper for the Future of Miami
Connect with us:
Front Page » Opinion » With intelligent community activists, the Singularity is near

With intelligent community activists, the Singularity is near 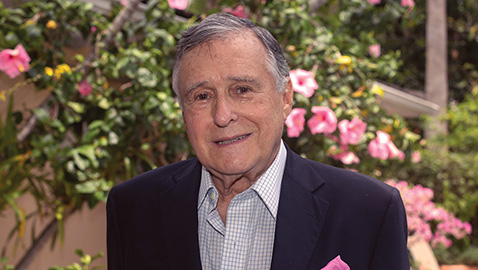 Twelve years ago Ray Kurzweil wrote his seminal book “The Singularity is Near: When Humans Transcend Biology.” This book electrified Silicon Valley, thus the United States and the World. The New York Times Book Review said “Startling in scope and bravado.” It made the New York Times Best Seller list. Bill Gates said “A radical and optimistic view of the future course of human development by the best person I know of predicting the future of artificial intelligence.”

“Ray Kurzweil is one of the world’s leading inventors, futurists and entrepreneurs, with a 30-year record of accurate predictions. A restless genius,” said the Wall Street Journal. INC Magazine call Mr. Kurzweil the “rightful heir to Thomas Edison.”

Two years after “The Singularity is Near” Mr. Kurzweil and several other renowned serial entrepreneurs in Silicon Valley established Singularity University in California and chose Salim Ismail (formerly of Yahoo) to be the founding CEO/director.

Singularity University nine years later has over 20,000 alumni and a waiting list of years to take their one-week course.

It is from these experiences that the nonprofit Fastrack Institute (FI) was founded in 2016. The sole purpose of FI is to bring the technology of exponential organizations that has sprung out of Singularity University and apply it to problem-solving in the public sector. Salim Ismail was one of the cofounders of FI, along with Rodrigo Arboleda and my son Dr. Maurice R. Ferré.

The first outing in the USA for the FI is Miami. On Aug. 24, Miami Mobility Fastrack Institute’s (MMFI) Sprint was launched at its Awakening session at the Board of County Commission Chamber.

To help accelerate technology, MMFI will address Miami-Dade’s transportation challenges in a 16-week process that has been tried and tested successfully in both the private and the public sector, in the USA and abroad. The MMFI has been funded by grants of $200,000 by the Knight Foundation and $100,000 each from Armando Codina and the Codina Family, The Miami-Dade Expressway Authority and Miami-Dade County Mayor Carlos Gimenez, from the mayor’s funds.

The 16-week Sprint process will be inclusive and transparent in a complex, well-honed methodology. The MMFI exponential platform will bring to Miami-Dade new and emerging transportation technologies and methods that could help solve our existing traffic gridlock and induce the building of an accelerated, accessible, affordable, sustainable, public mass transit system that will give us choices in transportation and improve how we get around quicker, better in Miami-Dade.

The German philosopher Arthur Schopenhauer said, “Everyone takes the limits of his own vision for the limits of the world.” Interpolating that thought to our local mass transit dilemma, it is time for all of us in Miami-Dade to pause and permit new light to enter our transportation reality.

Put another way, Gordon E. Moore, the co-founder and chairman emeritus of Intel and the author of Moore’s Law, said “No exponential is forever – but we can delay forever.” Let us not, in Miami-Dade, delay any more in our quest for realistic mass transit systems.

In the words of one of the MMFI’s financial sponsors, Ana-Marie Codina Barlick, “Traffic and issues of mobility are some of the most serious challenges facing South Florida. We believe that Fastrack Institute’s approach to solving complex problems is ideal to assist our community with this issue that negatively impacts quality of life for all South Floridians. We are proud to be involved in this landmark program.”

Good luck to the Miami Mobility Fastrack Institute. We have many intelligent community activists in Miami-Dade. May they stay tuned and active in MMFI through www.fastrackinstitute.org so that we can accelerate the arrival of the Singularity in Miami.

One Response to With intelligent community activists, the Singularity is near