Advertisement
The Newspaper for the Future of Miami
Connect with us:
Front Page » Healthcare » Slight rise likely for employer-sponsored health insurance 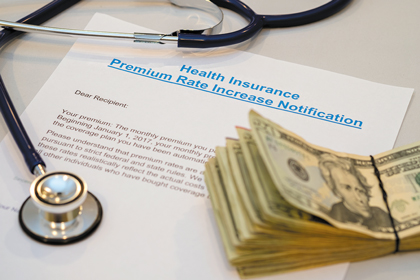 Holders of employer-sponsored health insurance plans can expect slight premium increases, but there is much those consumers can do to control costs, observers say.

“On average, I anticipate rate increases to be slightly higher from the previous couple of years, but still in the single digits,” said Rachel Sapoznik, principal of Sapoznik Insurance, via email.

“In the employer market, the raising of rates has mostly to do with employee demographics, claims history, utilization, prescription drug costs and the industry sector,” she explained.

“On the other hand, there are forces that will offset these: heightened political and public pressure on drug prices and employers targeting the high-risk employees with preventive programs.”

The healthcare consumer also has a place in the equation, she said. “I strongly believe in personal accountability for your health; that means that each individual is responsible for their well-being,” Ms. Sapoznik said. “This starts by going for an annual checkup. Once consumers receive their medical results, they need to know their numbers and what the numbers mean.

“We need to move from ‘sick care’ to ‘well care.’ That means that if we take preventive steps versus being reactive, this will not only make us healthier, but it will bring down costs,” she said. “It is much less costly to take blood pressure medication than to have a stroke or a heart attack. Know that going to a primary care physician is the least costly and most effective way to get care,” Ms. Sapoznik said.

Going to an urgent care center or an emergency room for non-emergency situations at least doubles medical costs and can increase them five-fold, she said.

“Waste and duplication is another major driver of increased cost,” she added. “So, let your doctor know which tests you already had done and explore options for care.

“Finally, employers have started to take the wellness journey in order to improve employee health and reduce costs, putting programs in place that address the results from biometric screenings and health risk assessments. Take advantage of those wellness programs and you’ll not only feel better, but you will help your company reduce its costs and, in turn, yours.”

The news is not as good for those who buy coverage on the Affordable Care Act’s insurance exchanges.

“The federal government has released more details about how much health insurance rates could increase next year in Florida – and the spike could be dramatic for some,” said a release by WUSF, the National Public Radio station for west central Florida. “For individuals buying plans on HealthCare.Gov exchanges, the increase is 18% on average. But now the U.S. Centers for Medicare and Medicaid Services have released a breakdown of all the different polices in Florida, and how much each of those plans will go up.

“Of the 58 plans offered by eight insurance companies, the increases range from less than 2% on the small side to 137% at the highest. But that includes plans with small numbers of people.

“Looking just at insurers who had more than 10,000 [ACA] individual customers in 2015, Cigna stands out with a proposed rate increase of 83%. In documents, they say medical costs are going up, and people are sicker.

A lot depends on whether the Trump administration follows through on its threat to abolish cost sharing reductions, or subsidies, for people who can’t afford their premiums, observers say.

According to Charles Gaba, whose website ACASignups.net tracks enrollment and rate data, Florida policyholders can expect an 18% hike if partial or full subsidies remain, and a 38% hike if they are abolished.

Some carriers have said publicly that they are hiking rates because they don’t know what the federal government is going to do. It’s what Mr. Gaba calls “the Trump/GOP uncertainty factor.”

“The Kaiser Family Foundation estimates that Florida carriers would have to add about 25% to their Silver Plan premiums in order to make up for [the] reimbursements if Trump pulls the plug and/or Congress doesn’t formally appropriate them,” he said. “Because 80% of Florida exchange enrollees are on Silver Plans, that translates to roughly a 20% additional ‘Trump tax’ for the [reimbursement] factor alone.”

“The lingering anxiety about the Affordable Care Act and the current administration’s unsuccessful efforts to repeal and replace, are leading to major uncertainty,” Ms. Sapoznik said. “However, because the ACA has several mandates for employers, if it were repealed, it could potentially lower premiums. As an example, eliminating the compliance reporting requirements would reduce employer costs.”