Advertisement
The Newspaper for the Future of Miami
Connect with us:
Front Page » Government » Miami-Dade to get 300 smart traffic signals quickly 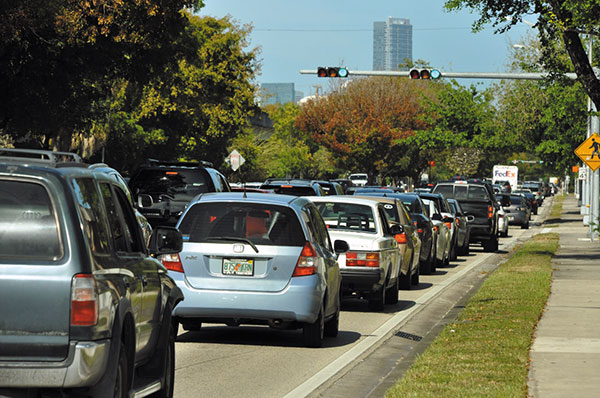 Smart traffic signals that self-adapt to traffic flow will be installed in Miami-Dade by Sept. 30 and be in use by year’s end, Mayor Carlos Giménez told a group examining Miami’s decreasing mobility last week.

“By the end of the year the smarts will be turned on on roads and busways,” the mayor told the Miami Mobility Fastrack group meeting at county hall to begin a 16-week crash study of how to increase county mobility quickly and inexpensively.

The signals now are ticketed for the 300 traffic signals in the ten most congested corridors, Mr. Giménez said. He said those 300 would be in service within a year.

Eventually, he said, all 3,000 county traffic signals will join the smart network, which will be tied in with Waze and other smart phone traffic apps, whose data are to be integrated with the signals.

The smart signals are managed by a computer that flashes red, yellow and green lights based on actual traffic demand. The county has had computerized traffic signals since 1976, but changes were overseen and then made at a central control operation. Changes at each signal now can be made on the spot in real time.

Pivotal to the system’s operation are video detection systems, which Econolite is to provide as well.

At the end of 2016 the Citizens’ Independent Transportation Trust unanimously earmarked $10 million in transportation sales surtax bond proceeds for the Advanced Traffic Management System to get traffic moving along the county’s most clogged arteries.