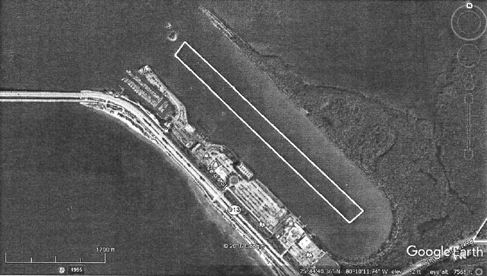 A mooring field planned for the historic basin of Virginia Key threatens future uses of a restored Miami Marine Stadium.

Miami’s mayor, commissioners, manager and others were notified Friday of a Virginia Key Advisory Board resolution opposing the city’s mooring field project.

Advisory board members were concerned after learning the city continued to pursue wet slip moorings there at a time the advisory board, city commission and public were loudly opposing that idea.

The advisory board’s July 25 resolution acknowledges an active plan for basin moorings but points out that the city’s Historic and Environmental Preservation Board, which designated the basin historic, hasn’t reviewed the city’s plan for moorings; the project hasn’t been presented to the advisory board; it wasn’t discussed at an April visioning workshop for the stadium; and a mooring field in the basin violates the Virginia Key Master Plan.

In the resolution, the board recommends that prior to the city acting on the mooring field project it:

Hold at least one meeting of stakeholders to gather ideas and recommendations about creation of a basin mooring field.

Refer the mooring field project to the historic preservation board to review and determine whether it should get a certificate of appropriateness.

Develop a detailed plan on how a mooring field could coexist with anticipated Marine Stadium activities.

Direct the city attorney to explore ways to  restrict and manage boats anchoring in the basin.

The city is in early stages of restoring the famed concrete stadium – closed in 1992 after Hurricane Andrew – for about $45 million.