Advertisement
The Newspaper for the Future of Miami
Connect with us:
Front Page » Real Estate » Condo Voting software brings live-streamed meetings to phones 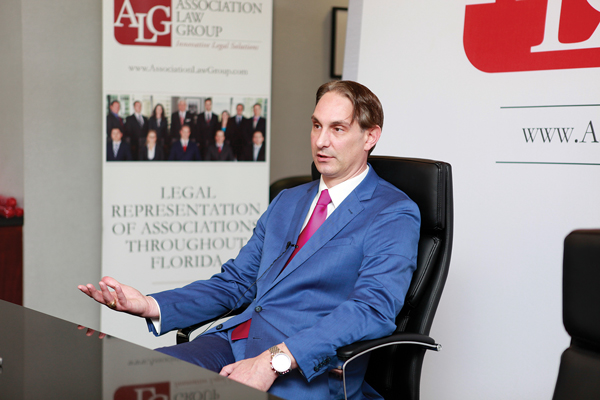 The technology was designed by a team led by Ben Solomon, managing partner of ALG law group, who serves as general counsel to hundreds of community associations and condominiums throughout Florida. He’s the founder of Voting Portals.

At Mirador 1000, he says, the results of a vote on exterior improvements to the building this month were read aloud to members by the association president via a live broadcast. That made it clear, Mr. Solomon says, that the votes that came in through the association’s password-protected, e-voting web portal made the difference.

“The online votes definitely helped us achieve a valid result and made it much easier for our owners to vote,” says Komal Bhojwani, president of the Mirador 1000 Association. “We also love the live streaming video and recording features.”

Similarly, owners at Continuum South Tower Condominium Association were able to get enough votes to achieve a quorum on proposed renovations to a social room thanks to participating e-voters.

“Our owners really liked using Condo.Voting,” says Jenny Little, general manager of the South Tower Condominium, “because it is easy to vote and they can watch the meetings online and see all the information. I also like that I can load all of my own content and make whatever changes I want through the portal any time.”

“I was really encouraged because reactions from the marketplace have been terrific. The e-votes mattered in both events,” says Mr. Solomon.

He says the technology is user-friendly. “It’s a single-page interface system, so when you click a button it doesn’t travel to another page but opens up a display window. It’s also aesthetically pleasing. Each association can load their own logos, photos and documents, almost like a private-label experience.”

The timing, Mr. Solomon says, is important because it will help associations comply with a new state statute requiring condo associations with more than 150 units to post official records and other information to a password-protected website by July 1, 2018.

Condo.Voting also complies with a Florida law authorizing associations to use electronic voting and send official notices via electronic transmission to consenting members.

In addition, the software solves some major problems.

One is the difficulty of getting enough votes for any outcome to be legally valid, due to the fact that many members are traveling, working or just don’t have any interest in voting, Mr. Solomon says. Lots of associations, he adds, never achieve a quorum. As a result, some people stay on their boards for years.

“Also,” he says, “there’s election fraud in condos all the time. So this will help the integrity of the elections.”

Live streaming meetings, Mr. Solomon says, gives members a feeling of transparency. “Sometimes,” he says, “foreign investors have anxiety because they don’t know what’s going on in the building.”

Condo.Voting is being offered free right now, with revenues coming from advertising and other retained rights. The company is accepting new condo association clients in Miami-Dade and Broward counties.

Mr. Solomon says his firm has a wait list of associations whose board members want to sign up for this. Next month, the company plans to come out with HOA.Voting for home-owner associations.