Advertisement
The Newspaper for the Future of Miami
Connect with us:
Front Page » Top Stories » Regional skate park and pump track coming to Haulover Park 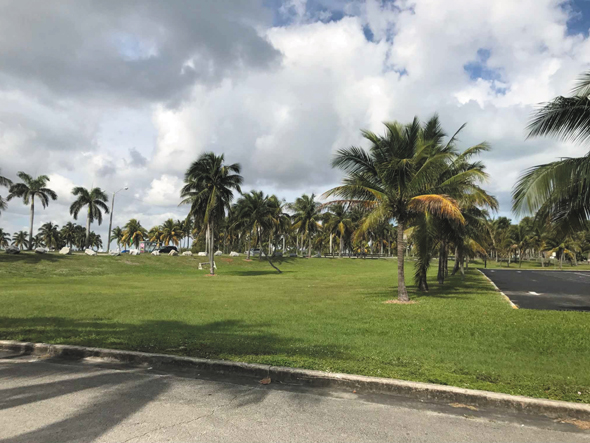 Five municipalities and Miami-Dade county have come together to construct a regional skate park/pump track at Haulover Park to be opened by year’s end.

Bal Harbour, Bay Harbor Islands, Miami Beach and Surfside each donated up to $50,000; Sunny Isles committed up to $150,000; and the county contributed the land, said Daniel Dietch, mayor or Surfside.

After the skate park in Sunny Isles Beach closed because of noise complaints, the mayor group came together to talk about developing elsewhere, Mr. Dietch said.

Before retiring, former director of the county’s Parks, Recreation and Open Spaces Department Jack Kardys carved out a temporary location with limited features in the Southwest corner of Haulover Park while plans were being made for a permanent location.

“We brought in the county to talk about Haulover Park because it has the more open space than any surrounding communities and a number of locations within the park,” Mr. Dietch said.

“We hope to open the park by the end of the calendar year, and will begin construction within the next month,” Mr. Dietch said.

There is to be at least one design meeting open to the public, and the design process should take no longer than 30 days, Mr. Dietch said. After the permits are cleared, they can begin building, he said.

The county will maintain the park and a fence is to keep people from skating when it’s closed, but there will be no staffing.

The location is to be a hybrid of a skate park and a pump track to attract people with any kinds of wheels to use the site.

“Having gone through a number of workshops, [I’ve noticed] a real desire by the traditional skate community to have a skate park that is attractive to the broadest range of users, so this will have a pump track aspect to it too. It’s the same approach as BMX dirt tracks; all wheels are welcome,” Mr. Dietch said.

Mayor Bud Scholl of Sunny Isles Beach, the municipality contributing the largest amount of money, said this initiative shows how Miami mayors come together to get things done:

“It’s an incredible collaboration by the municipalities and the county to bring in a much desired amenity,” Mr. Scholl said.

“The skate park is a great example of government in action,” he said. “We’ve been working really well together.”

“In the days of partisanship and infighting, it’s nice to remember that doesn’t happen at the municipal level. We’re not partisan – we’re just interested in creating the best space for our guests. Everyone’s hearts are in the right place.”

Party politics don’t affect mayors here, Mr. Scholl said: “The government above us may be complicated, but we’ve been able to transcend [politics] and make things happen.”