Advertisement
The Newspaper for the Future of Miami
Connect with us:
Front Page » Top Stories » Miami International Airport gets bonanza in federal grants 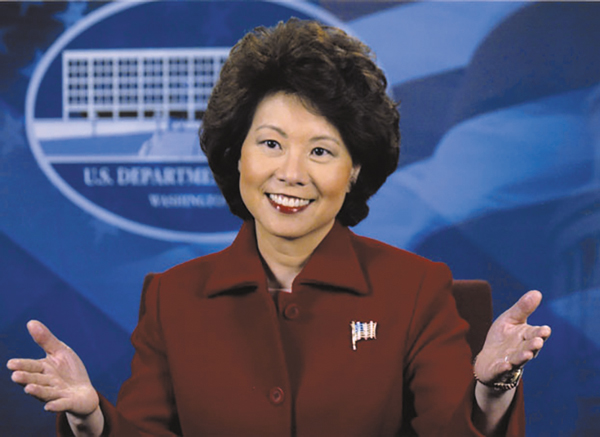 The Federal Aviation Administration awarded this week over $36 million in infrastructure grants to Miami International Airport to reconstruct and rehabilitate taxiways to improve the safety and efficiency of airport operations.

The FAA announced the grant through its Airport Improvement Program, which awarded a total of $162.4 million to 72 airports around the US to fund infrastructure projects. Miami International Airport received over 22% of the total grants.

The $36 million grant is broken into three components: $23.5 million to reconstruct Taxiway R; $12.5 million to rehabilitate Taxiways S, T and their perpendicular taxiway connectors; and $779,013 to reconfigure Taxiway M5, which was identified as a potential risk by the FAA as part of its Runway Incursion Mitigation Management Analysis.

Elaine Chao, secretary of the US Department of Transportation, said, “The Airport Improvement Program helps to maintain our aviation infrastructure and supports safety, capacity, security and environmental improvements.”

Airports are entitled to a certain amount of Airport Improvement Program funding each year based on their passenger volume, but the FAA can supplement with discretionary funds if the capital project needs exceed their available entitlement funds, the FAA said.

MIA was entitled to a total of $27.6 million according to the FAA, and it accessed an additional $9 million of discretionary funds for the construction of Taxiway R.

The FAA is providing discretionary funds to 25 of the 72 airports “based on their high-priority project needs,” the FAA said.

To address the potential risk of Taxiway M5, “the grant will cover the cost to reduce the overall pavement width, reconfiguring its taxiway lights and installation of new pavement markings,” said Ammad Riaz, chief of the Aviation Planning Division at MIA.

The Airport Improvement Grants fund up to 75% of the total project amount, the FAA said. The airport said they will cover the remaining 25% of the total cost through the Multiyear Capital Plan fund.

The three components of the grant are all part of a larger overall project called MIA Taxiways R, S & T Pavement Rehabilitation Project, which is scheduled to be completed in March 2021.

As for the timeline, federal grants are available Oct. 1, and the airport said the construction notice to proceed is Nov. 1.

The airport’s timeline aligns with the FAA’s required completion date:

Asked if the funding comes with time constraints, the FAA said, “The airport has a maximum of four years to complete the funded project.”

MIA has 66 taxiways shared by both passenger and cargo planes, so the construction and rehabilitation shouldn’t interfere with regular airport operations too much, the airport said:

“The project will be phased and constructed in segments,” Mr. Riaz said. “Detours and rerouting of taxiing aircrafts will be required.”

Rehabilitation of a taxiway consists of removing a two-inch depth of asphalt and replacing it with three inches of new asphalt, replacing taxiway centerline lights and edge lights and painting pavement markings, the airport said.

Asked how relocating Taxiway R will improve safety, Mr. Riaz said “it will allow cargo aircraft landing heading to the west side cargo area to avoid an active runway crossing, which is a huge safety improvement.”

In addition to making MIA safer, the reconstruction will also grow airfield capacity.

“Upon completion of this project, Taxiway R will be able to accommodate Airplane Design Group VI aircraft (i.e. A380 and B747-8), which will increase the airfield capacity of MIA,” Mr. Riaz said.

Ms. Chao said, “This is an important investment in Miami International Airport’s air service and the economic vitality of the region.”