Advertisement
The Newspaper for the Future of Miami
Connect with us:
Front Page » Government » Cleanup of polluted Wagner Creek and Seybold Canal begins 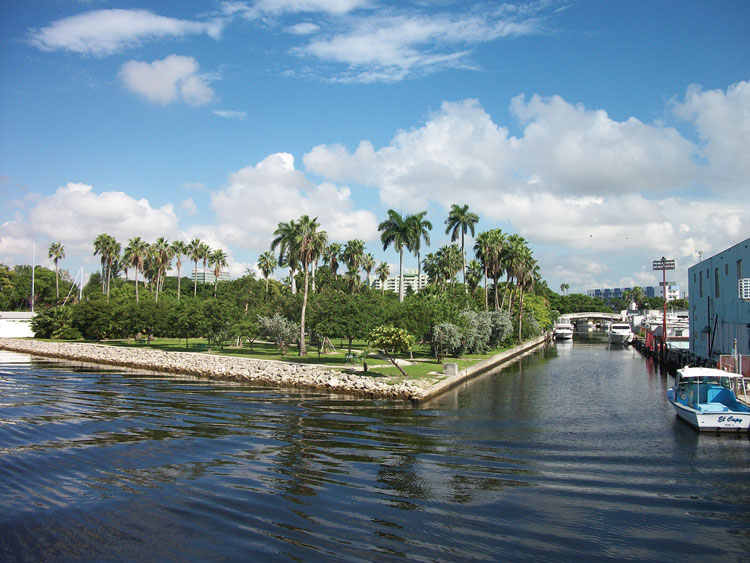 The long-awaited cleanup of Wagner Creek and Seybold Canal has begun.

City of Miami officials and members of the Miami River Commission gathered July 31 for a ceremony marking commencement of the restoration project.

The city had lined up the necessary permits and money for the dredging and cleanup, but a start was delayed as the city procurement department wrangled with bidders. Eventually, the city rejected all bids and started a fresh solicitation in 2016.

A second request for proposals was prepared and issued and ended with the city choosing Sevenson Environmental Services Inc. to undertake the project.

A happy Horacio Stuart Aguirre, river commission chairman, brandished a shovel and wore a big smile as he tossed ceremonial sand at a site near Northwest 19th Terrace and Northwest 15th Avenue.

He was joined at the ceremony by Mayor Tomás Regalado and Commission Chairman Keon Hardemon.

“This long awaited and widely supported project is greatly improving the local economy by removing toxic sediments, including dioxin, from the most polluted waterway in the State of Florida,” Mr. Aguirre said.

Mr. Aguirre said job-generating boatyards and commercial fishing businesses along Seybold Canal will have restored vessel navigation, which had become so shallow on the canal that safe navigation was nearly blocked, and vessels were breaking propellers on the bottom of the canal.

In addition, single-family homes will have improved navigation for recreational vessels, and the natural environment and flood conveyance capacity will be significantly improved, he said.

He noted the long and meandering history of the cleanup proposal.

“Since its creation in 1998, the Miami River Commission advocated for this project for 19 years, and it was discussed at an average of two public meetings per month with residents, business owners, the City of Miami, FIND, [county and state environmental officials] and the Florida Legislature. That’s a total estimated over 450 public meetings, in addition to countless emails, calls, etc.,” said Mr. Aguirre.

He said all of that “mutual hard work” was well worth it because the waterway is being restored, leading to significantly improving South Florida’s economy and natural environment.

Mr. Aguirre thanked the mayor and District 1 Commissioner Wifredo “Willy” Gort, whose area includes Allapattah and the canal, for their continued support for the blossoming mixed-use Miami River District.

Also on-hand for the project commencement was Brett Bibeau, managing director of the river commission.

The City of Miami, the Florida Inland Navigation District, and the Florida Department of Environmental Protection funded the project, which consists of six operation sections.

Dredging is to start where Wagner Creek flows out of a culvert at Northwest 20th Street and continue to where Seybold Canal empties into the river 2.5 miles away. The plan is to excavate accumulated contaminated sediment and truck it to a landfill.

City officials said the anticipated completion of the project is fall 2018.

When city commissioners approved the project in 2015, the total estimated cost for the design, permitting and dredging was $23 million.

Sevenson says it has done more than 1,400 projects with a total value of more than $4.2 billion, including cleanup at the infamous Love Canal.