Advertisement
The Newspaper for the Future of Miami
Connect with us:
Front Page » Top Stories » Unrest in Venezuela alters market strategies for developers in Doral

Unrest in Venezuela alters market strategies for developers in Doral 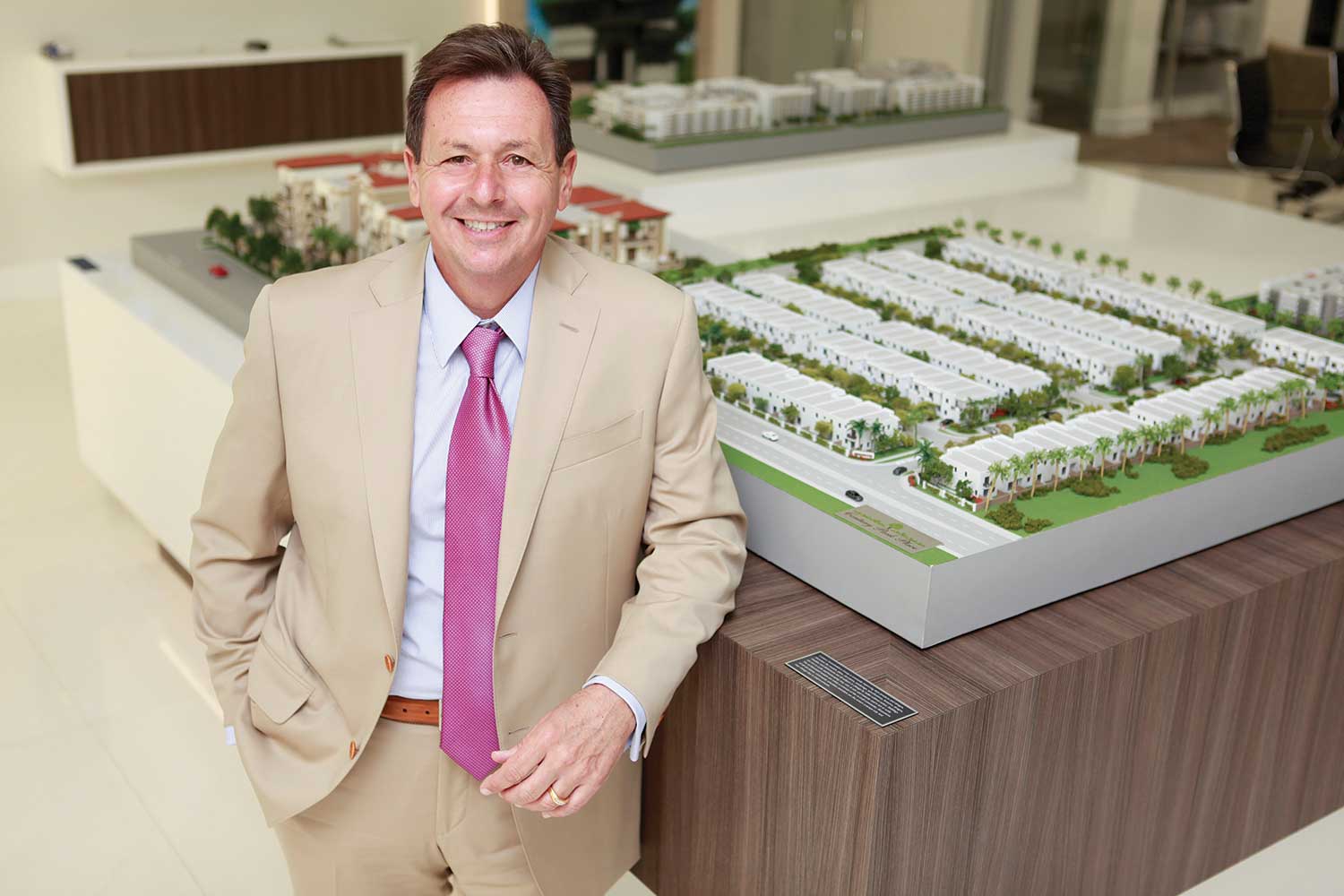 Political and economic unrest in Venezuela are altering market strategies for developers in Doral.
As Century Homebuilders Group moves forward on its two major projects in Doral – Midtown Doral and Mansions at Doral – it is shaking up the previous model to accommodate a new type of buyer.
“When we began the project in 2012, the rate was about 30 to 40 bolívars per dollar; today, it’s about 10,000,” said Sergio Pino, president and founder of Century Homebuilders Group.
“Any developer in Doral will tell you that primarily Venezuelans live there and will pay more to be there. At one point, when they all had a lot of money, they wanted everything big – big balconies, big rooms and big kitchens. The smallest units in [phase one of] Midtown Doral cost about $350,000,” Mr. Pino said.
“Now, the local market can’t afford those prices, so we’re going to lower them,” he said. “We’ll have nice units that are smaller and more affordable.”
The four-phase Midtown Doral development, a mixed-use residential community facing Northwest 107th Avenue between 74th and 90th streets, is wrapping up phase one and in the planning process for phase two, Mr. Pino said.
“Everything connects; the idea was to create a walkway where you have small shops, small businesses and residential communities,” Mr. Pino said.
Of the 537 units in phase one of the Midtown Doral development only about 30 units remain to be sold, Mr. Pino said.
“We’re in the planning process for phase two, which we hope to launch before the end of the year,” he said.
“I strongly believe that phase two will move a lot faster than phase one because of the price point. We are already putting people on waiting lists because they want the units we’re offering at $219,000,” Mr. Pino said.
Many of the units in phase one were sold to Venezuelans as investments or second homes. Now that the Venezuelan economy is down, Mr. Pino says it’s time to make the units in phase two more affordable for the local population:
“90% of people that work in Doral live somewhere else, so we’re going to market to them,” he said. “Prices are too high; in other communities I sell units that are bigger for half the price.”
“The Venezuelans drove up the prices in the City of Doral because the demand for housing was far higher than the units available. Land prices went up and the people who wanted to be there were willing to pay up to $400 a foot; we created a market the locals could not afford,” Mr. Pino said.
According to Mr. Pino, over 90% of the Midtown Doral units have been sold to Venezuelan buyers, but now that’s all going to change.
“They’re not buying anymore or moving here because they’re already here. Every community is making changes to gear to the local market. In fact, everything else out of Century is a local market,” Mr. Pino said.
Phase two is to have 518 units, with units – and prices – smaller than phase one. There will be two buildings with 259 units each, a clubhouse and an office building.
“We’re talking to the Hilton hotel chain and doing studies. We believe that a hotel component will fit perfectly. It will have 120 to 130 hotel rooms,” he said.
Phase three is to have another 500 units, with retail space at the bottom, Mr. Pino said.
“We can always make changes; zoning is very liberal. Depending on the market, we will make different decisions,” he said.
For now, phase four is planned for 240,000 square feet of office space, Mr. Pino said.
Midtown Doral is to be completed by 2021 with 1,547 condo units, 220 workforce homes, two office buildings, 300,000 square feet of retail, a hotel and a clubhouse, Mr. Pino said.
Century Homebuilders Group is also changing its approach in its second major joint venture, Mansions at Doral.
Mansions at Doral is marketed as “ultra-luxury modern single-family homes” at 6805 NW 107th Ave.
“All of the houses begin at $1.5 million, and we have three homes for over $2 million – it’s not for everybody,” Mr. Pino said.
About 45 of the 66 homes have been sold, and 100% of the buyers have been Venezuelan, Mr. Pino said.
Century Homebuilders Group has about eight floor plans for the semi-custom homes and will add any features that are permitted, Mr. Pino said.
“We usually don’t do the last set of finishings because the customers have their own tastes,” he said.
However, to sell the remaining homes, Century Homebuilders is completing about four ready-to-sell homes to have them available to the families who don’t want to wait seven or eight months to move in, Mr. Pino said.
“Worst case scenario, it will be another two years,” he said. “It’s a beautiful community with a lake and a state of the art clubhouse. I think we’ll sell them.”