Advertisement
The Newspaper for the Future of Miami
Connect with us:
Front Page » Profile » Joe Natoli: Takes his broad leadership record to Baptist Health role 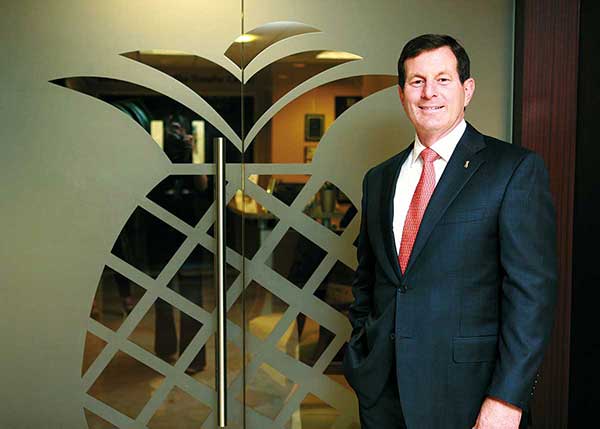 Joe Natoli hasn’t been at Baptist Health South Florida long, but he is eager to learn from the Baptist community and is already immersing himself in the culture of compassion integral to the care and communications at Baptist Health.

In his first weeks as vice president and chief administrative officer, Mr. Natoli is finding his bearings by interacting with the community and listening. He has been holding meetings and giving the staff the opportunity to learn more about him through Question and Answer sessions and vigilantly responding to every e-mail. Mr. Natoli’s office may as well have a swinging door; he is most at home when people are running in and out of his office, and he is able to do the same.

Mr. Natoli began his professional career in publishing, working at the Miami Herald, ultimately as the company’s president, before moving to the San Jose Mercury News and the Philadelphia Inquirer, where he was the publisher.

Most recently, he was the senior vice president of business and finance and the chief financial officer of the University of Miami. During the last three years of his time at the university, Mr. Natoli focused on education and health care, working with the Miller School of Medicine managing hospitals and the multispecialty practice plan.

Baptist Health’s central focus is serving the community, and Mr. Natoli is happy to contribute to the community he has watched grow. While Miami has experienced dramatic positive growth during his professional career, Mr. Natoli said, he believes it is still a city of haves and haves not, and the work that Baptist Health does is needed now more than ever.

While media and health care couldn’t appear more different, Mr. Natoli believes that the uncertainty of the future links them. The way information is distributed today couldn’t have been predicted during the development of the printing press, he says, just as health care professionals today cannot predict future changes in Washington that will affect their industry.

The key to responding to changes in any business, Mr. Natoli says, is not necessarily to anticipate every change but to maintain a clear vision and mission.

Baptist Health’s mission is one very close to Mr. Natoli. Community and service have always been major components of his work life, and he’s spending the next few months with his feelers out for any health care related community opportunities to supplement his work. The ideal role, he says, would give him the space to contribute and learn at the same time.

Mr. Natoli has always prioritized community involvement. He helped launch the Dolphins Cancer Challenge to fund cancer research, ran a United Way campaign, was on the board of Miami Children’s Hospital and was active in various organizations around Miami. He is currently with the Mitchell Wolfson Sr. Foundation and is looking to get more involved with organizations that are synergistic with his new role.

Mr. Natoli says Baptist has been on his radar for quite some time, and Brian Keeley, president and CEO, is quickly making his way onto the long list of business leaders and role models Mr. Natoli has been fortunate enough to work with.