Advertisement
The Newspaper for the Future of Miami
Connect with us:
Front Page » Top Stories » Flexible job schedules have 45,000 working at home in Miami-Dade

Flexible job schedules have 45,000 working at home in Miami-Dade 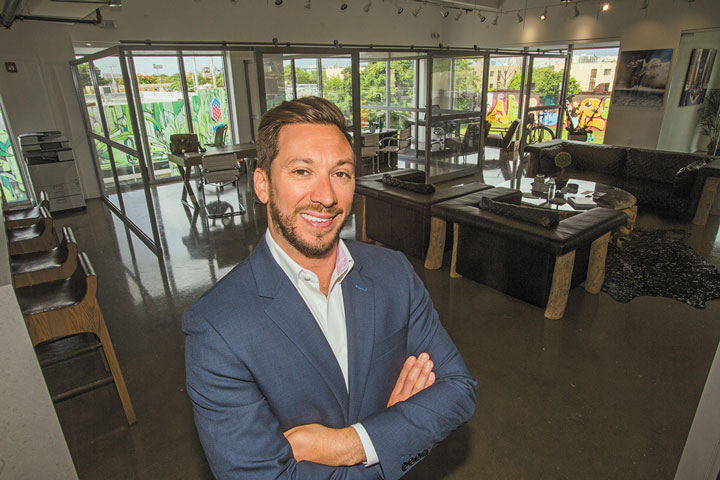 Flexible job schedules that include options to work away from the office are gaining in popularity in Miami-Dade, according to a new study of US workforce trends released Global Workplace Analytics.
The report, commissioned by FlexJobs, relies on an analysis of the most recent available government data.
“In 2015, says Kate Lister, Global Workplace Analytics president, “3.1% – or 45,000 employees – in Miami-Dade worked at home half time or more, not including the self-employed.
“The number of workers who considered home their primary place of work grew by 40% between 2010 and 2015. This compares to total workforce growth of just 15%.”
Christine Barney, CEO of rbb Commnications, says since 2001 her firm has been offering employees three options: customized start and end times, telecommuting full- or part-time and pre-approved telecommuting on a spot or project basis.
“Five years ago,” she says, “about 80% of our employees used one of those three options. Today it’s nearly 100%” – the sole exception being the receptionist, who needs to be on the premises during regular business hours. “Everyone else sets their own start and end times, driven by client needs.”
The benefits, she says, are many.
“Employees appreciate the freedom to adjust their schedules as needed,” Ms. Barney says. “They want to be able to decide when and where they work – and also which of our offices to work from, Fort Lauderdale or Miami.
“Our clients are happier because of the improved efficiency. And it’s easier for me as manager, because I don’t want to spend all my time policing. That time can be better spent growing the business.”
Working away from the office doesn’t suit everyone. “I definitely am one of those people who prefers to be in the office,” Ms. Barney says. “But I often work nights and weekends.”
Flexible employee options at Morrison Brown Argiz & Farra began two years ago, says COO Ileana Salort-Horta.
The company, an accounting and business consulting firm, employs about 600 in offices around the US and in India – nearly 400 work in South Florida.
Experienced employees are offered two options, Ms. Salort-Horta says: a compressed schedule that allows them to work four-day weeks with longer hours or a flexible schedule of seven-and-a-half hour days, but with customized start and end times.
Because of the nature of the business, she says, these options are available only after the busy seasons – which are slightly different for tax specialists than they are for auditors
“We also have several people who work at home,” Ms. Salort-Horta says. “Most are auditors, but some CPAs do as well, though not during their first year or so. Usually they are working moms.”
Some who have tried the compressed schedule have opted out, she says, and there are people who prefer not to work from home.
One is Wolfgang Pinther, the company’s director of marketing. “I only work from home if I’m working on a project where I really need to focus,” he says. “But everyone is productive in different ways, and people really appreciate having the freedom to change schedules for a short period of time.”
Mr. Pinther heads a department of six – one based in Fort Lauderdale, one in New York, two in Coral Gables and two in India – so telecommuting is the norm.
“For example,” he says, “the hours in India are of course quite different. When our US team members are just starting work it’s already evening there. So we schedule team meetings on Skype first thing in the morning. We also use screen-sharing abilities. Technology really helps us to work as a team.”
AXS Law Group, which opened last November in Wynwood, gives innovative work habits high priority, says Founding Partner Jeremy Ben-David.
“We chose this market because it is cool, funky, different,” he says. “We wanted to have a more relaxed culture. We don’t have a formal dress code or minimum billable hours. We work off laptops and are treated as professionals.
“There’s no requirement to be in the office at a certain time. Calls can be forwarded to cellphones. Almost anything we need to do can be done remotely. We might need to come in for meetings, but in terms of being a good lawyer, being out in the community and knowing your fellow citizens is crucial. Being tethered to a desk does not really benefit a lawyer.”
What works for lawyers doesn’t extend to supporting staffers, Mr. Ben-David says, who for the most part need to be in the office.
AXS Law’s laissez-faire culture, he says, has left its stamp on office design.
“We have an open floor plan,” he says, “so while we have dedicated desks, they’re separated only by clear dividers. In the center are couches and tables that foster collaboration amongst lawyers. We can’t walk in, close the door to an office and never see anyone all day.”
The building where AXS is located, Mr. Ben-David says, will soon have an open rooftop furnished with couches, work stations, tables and chairs – “and we’ll be up there working on our laptops.”
Global Workplace Analytics estimates about 56% of jobs in Miami-Dade are “amenable to telework-commuting,” Ms. Lister says, “and national surveys show 85% of employees want to work from home, especially Millennials. If they did just two days a week, they could avoid almost 3 billion vehicle-miles traveled and over 200 million trips a year in the Miami-Dade metro area.”