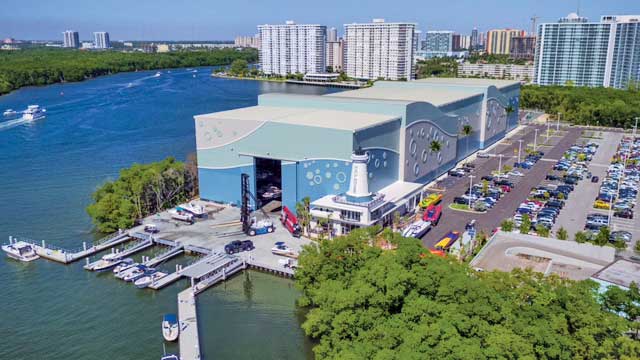 With all six county-owned marinas at full capacity and an estimated planning and construction period of at least four years, it doesn’t look like Miami-Dade boaters will be getting a new marina soon.
“We live in one of the boating capitals of the world, and it’s getting increasingly difficult for people to find space for their boats,” said county Commissioner Javier Souto, who has been helming the drive for more marina space.
Last November, Michael Spring, senior advisor to the mayor, issued a report calling for a detailed study to “identify additional publicly accessible shorelines… and waterway transport opportunities.”
According to the report, The Parks, Recreation and Open Spaces Department prepared a grant application to the Florida Inland Navigation District and was also seeking other funding sources to meet the $300,000 to develop the plan.
“The [navigation district] will fund one waterway master plan per county, but we have to match the funds, and we haven’t found a way to match it yet,” said Victoria Galan, parks department communications manager.
“We’ve been trying to do our due diligence and find the money, but we couldn’t do it in house,” Ms. Galan said.
According to the report from Mr. Spring, a recent industry study indicates that when an individual marina has reached full capacity and its waiting list approaches one-half the number of slips, a new or expanded marina is warranted. All six Miami-Dade marinas are at 100% occupancy and three of their waiting lists have already exceeded 50% capacity.
All counties in Florida are battling the same shortage; The Florida Department of Environmental Protection estimates that the total of boat slips in Florida is the same as it was in 1987, while the number of registered boats has soared by over 50%.
“The issue of lack of space in marinas is an old and complicated” struggle, Mr. Souto said. “Between lack of space, pollution considerations, money and regulations, it’s not easy to build marinas.”
When asked what has been done about addressing the shortages and moving the study forward, Mr. Souto said, “From what I can gather, we’re in the same situation; marinas are still at full capacity. I’ve requested a full disclosure, so we’ll know more about the issue soon.”
Mr. Souto said finding alternatives for boaters who can’t access public marinas “is not easy.” He suggested creative solutions like a trailer on the side of a boater’s house or keeping a boat in another county where it can be picked up and hitched to a car.
“There are people doing all kinds of things, I’m sure,” Mr. Souto said. With privately-owned marina rates about 40% higher than county marina rates, people are sure to get creative.
“The county isn’t going to get any bigger to accommodate the need, so there isn’t a convenient way to resolve the matter. Unfortunately, we don’t have another meeting until September, so we’ll re-address the issue then and try to find additional solutions,” Mr. Souto said.
“The full truth is important, so I will find out more about the grant and try to get the process moving soon.”