Advertisement
The Newspaper for the Future of Miami
Connect with us:
Front Page » Business & Finance » Miamians split over future of Dodd-Frank

Miamians split over future of Dodd-Frank 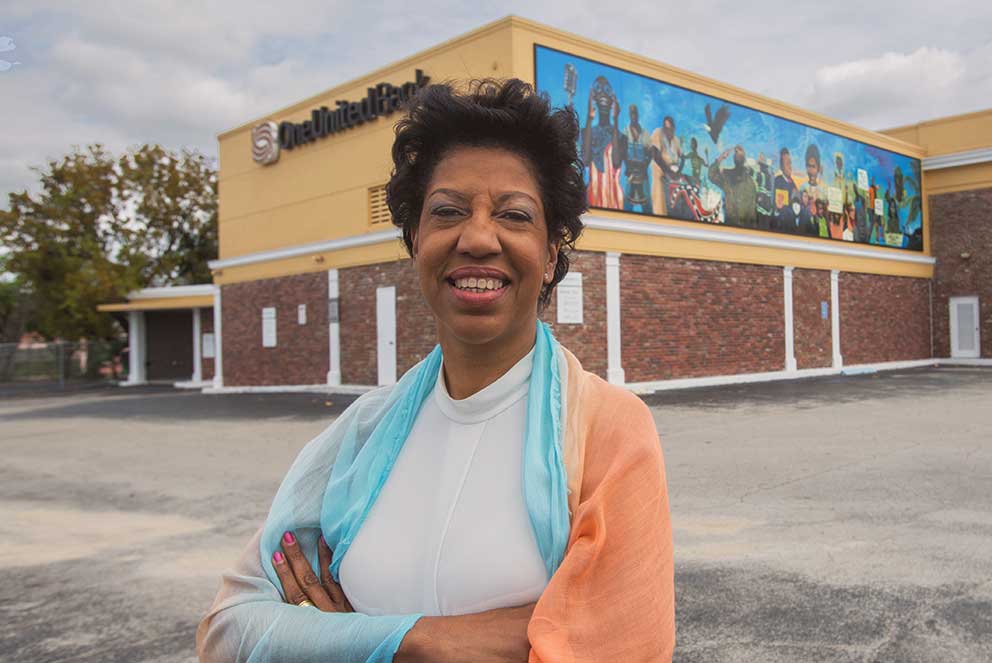 As rumors of reforming – and even dismantling – Dodd-Frank regulations in Washington have begun to take off, folks in Miami are just as divided as party-leaders.
“The banks have had to react to a large volume of regulations that have taken a long time to implement,” said David Schwartz, president and CEO of the Florida International Bankers Association (FIBA). “The banks have had to analyze [the regulations], study them, find the best ways of implementing them and find the best way to move forward … They’ve had to work very hard and spend a lot of resources.”
While some think the regulations place too heavy a burden on banks, others believe they have helped to re-build trust between banks and local communities after the financial crisis.
“Having these practices in place is better for America,” said Teri Williams, president and chief operating officer at OneUnited Bank. “It wasn’t long ago that people were getting into homes they couldn’t afford.”
After the 2008 financial crisis, Dodd-Frank defined and outlawed misleading or harmful behaviors that are unfair, deceptive, or abusive acts and practices (UDAAPs). While the government doesn’t determine which financial products and services are the best for consumers, it requires that banks provide consumers access to all information so they can choose options that are most beneficial to their situation.
“I hope that UDAAP isn’t rescinded, and to be honest, I don’t think that it will be,” Ms. Williams said. “The regulations require financial institutions to be more transparent in their disclosures and avoid being unfair and deceptive … I think that people see the benefit of building trust and ensuring that we don’t repeat 2008.”
“The main impact for us as a community bank has been a decrease in predatory lending. We’re now able to provide better home loan services to our community and ensure that they are making good decisions,” Ms. Williams said.
Predatory lending makes wiser financial decisions less attractive because a lender takes advantage of customers’ lack of knowledge and offers loans they can’t pay for, Ms. Williams said.
“With the regulations in place, now we don’t have to compete with people who are offering unrealistic loans, and our community is able to make more realistic and wiser long-term decisions,” Ms. Williams said.
When asked about the additional burden on banks in order to comply with regulations, Ms. Williams said, “in the case of UDAAP, we have needed to provide multiple reviews of our communications and listen to feedback from our customers.” While OneUnited says it has not needed to hire additional staff, the regulations have required the existing staff to take on additional work to ensure all advertising and communications with costumers don’t violate Dodd-Frank.
“Banks comply willingly because the alternative is not good, but it would be much easier for them to do business without all of these rules that are very costly,” Mr. Schwartz said. “Banks are cautious and unhappy that the regulatory burden has become so onerous.”
While not everyone agrees on the extent to which Dodd-Frank needs to be reformed, Mr. Schwartz said he believes there are some areas where everyone can agree: “In regards to community and smaller union sized banks, we need to ensure we aren’t applying cookie-cutter regulations that don’t make sense across the board.”
“One of the first acts in the new administration was Trump’s executive order that requires two regulations be knocked out for every new one added. This has led to a revision across the board to open up a dialogue with every industry,” Mr. Schwarz said. “We’re actually preparing comments right now [at FIBA] to help.”