Advertisement
The Newspaper for the Future of Miami
Connect with us:
Front Page » Top Stories » PortMiami bonds earn ‘A’ rating with annual guarantees 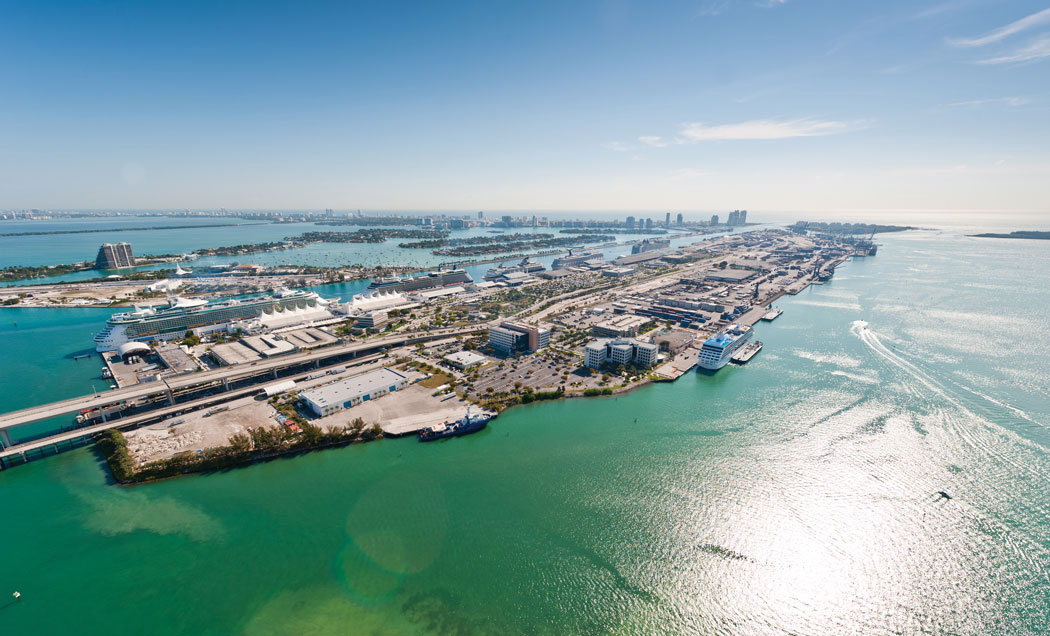 A string of minimum annual guarantee agreements with cruise and cargo operators helped earn PortMiami bonds an A rating with a stable outlook from Fitch Ratings.
In rating $570 million in outstanding seaport revenue bonds, Fitch said “the port’s sizeable minimum annual guaranteed revenues… serve to mitigate potential revenue volatility from competition and economic cycles,” though they’re mitigated by the potential for future port borrowing.
“Minimum guarantees are expected to cover a substantial 70% to 80% of operating revenues in the medium term,” Fitch said in analyzing the current seaport revenue bonds.
The report says that PortMiami’s operating revenues continued a trend of strong growth, increasing 5.7% to $144 million in fiscal 2016, the fourth consecutive year of growth.
Fitch attributed that operating revenue increase to tariff and contract rate increase for cruise ships at the port, which is the world’s busiest overnight cruise port. Other factors cited were increased cruise passengers and increased cargo activity.
This fiscal year through March, however, cargo volume is “somewhat down,” Fitch says, falling 1.7% from the same period the prior year, while “multi-day cruise passengers are experiencing strong growth, totaling over 3 million through March 31, up almost 11% from the same period of 2016.
The contractual guarantees at the port “provide a solid anchor for performance,” Fitch says, with those for the current fiscal year totaling $111 million, or roughly 77% of the port’s operating revenues.
The Fitch report notes a major loss as Malaysian casino operator Genting pulled its Resorts World Bimini SuperFast casino passenger service link to a casino in Bimini out of the port after suspending passenger services in fiscal 2016, citing less use than expected and higher costs in Bimini.
The termination required a $20 million payment to PortMiami plus a contractual amounts through March 31 of this year. Fitch says that payment is expected to be received by the port by July 31.
Minimum operating guarantees from the Bimini service had accounted for about $7 million yearly for the port, or 10% of cruise revenues and 5% of total operating revenues, the Fitch report notes without comment on how that revenue loss could affect the seaport’s future outlook.