Advertisement
The Newspaper for the Future of Miami
Connect with us:
Front Page » Healthcare » Multiple triggers for faster rise in healthcare costs 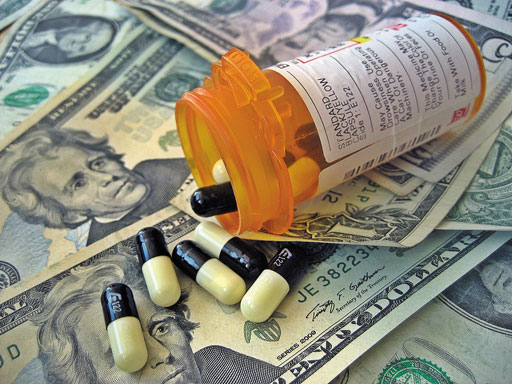 A number of factors contribute to a current faster rise in healthcare costs, observers say.
“There are fluctuations in healthcare spending from year to year, but after a slower trajectory for a few years, they have escalated again,” said Jonathan Fialkow, medical director at the Cardiovascular Research Center of South Florida, part of Baptist Health South Florida.
“Rising pharmaceutical costs are a major driver, as are people finding more expensive sites to be seen when ill,” he said via email. Emergency rooms, he explained, are more expensive than urgent care centers, which are more expensive than primary care offices.
In addition, “more costs are shifted to patients by insurers with higher deductibles and co-payments. This makes people less likely to go to a doctor when they are mildly ill and then they get sicker before being seen, which leads to poorer outcomes and higher costs,” Dr. Fialkow said.
“This has affected many providers, who find they are called by more desperate, sicker patients with illnesses that could have been prevented, and people are less likely to see their doctor for preventive/educational visits.”
“The reality of it is that there is a lack of primary-care physicians,” said Rachel Sapoznik, who is founder, president and CEO of Sapoznik Insurance. “People don’t establish a relationship with a primary care doctor, so they’re more likely to go to an emergency room or urgent care center.”
Estimates vary, but it’s generally agreed that six of every seven doctors in Florida – especially in urban areas – are specialists, leaving primary-care physicians clearly in the minority.
Part of the reason is that general practitioners are reimbursed at lower rates, Ms. Saponik said. “I think primary-care physicians and pediatricians really should be paid more than specialists, because they look at the whole person.”
She sees healthcare costs going up at least 7%, but possibly as much as 15%, in the future. Part of the reason is that the 22 million people who got insurance through the Affordable Care Act – some for the first time in their lives – still go to emergency rooms and urgent care centers, out of habit or lack of information, she said.
“Why can’t we educate these first-time buyers of insurance to properly utilize their plans?” she asked. “That was never done.”
As insurance companies increasingly shift the cost burden to consumers, people seeking medical services are learning to shop around, she added. “At one facility, an MRI costs $1,800, while it might be $450 at another. When people have skin in the game, they shop.”
Healthcare costs would also decrease if more attention was paid to living healthily, she added. “If we, as a society, worked together, we could avoid a lot of chronic illness” brought on by factors such as obesity. “We are all responsible for keeping healthcare costs down,” Ms. Sapoznik said.
“Costs for prescription drugs continue to increase and are anticipated to again outpace the costs for other medical services,” according to an article on actuary.org, the website of the American Association of Actuaries.
“More high-cost specialty drugs are expected to come to market… including new drugs to treat cancer. Some drugs (including Crestor, Benicar and Symbicort) are coming, or have recently come off, patent and will over time reduce drug costs; however, price decreases aren’t necessarily immediate, because generic competition for drugs coming off patent is often limited or slow to be adopted. The impact could be further mitigated if patients are moved by their physicians to newer, higher-cost alternative drugs.”
“The increase in costs of medical services and prescription drugs… is based on not only the increase in per-unit costs of services, but also changes in health care utilization and changes in the mix of services,” the article said.
That trend “is expected to rise slightly faster than in previous years but remain low relative to historical levels. Structural changes to the healthcare payment and delivery system – such as a greater focus on cost-effective care – might be contributing to slower medical spending growth.”

One Response to Multiple triggers for faster rise in healthcare costs