Advertisement
The Newspaper for the Future of Miami
Connect with us:
Front Page » Top Stories » Polystyrene ban in Miami-Dade parks puts education first 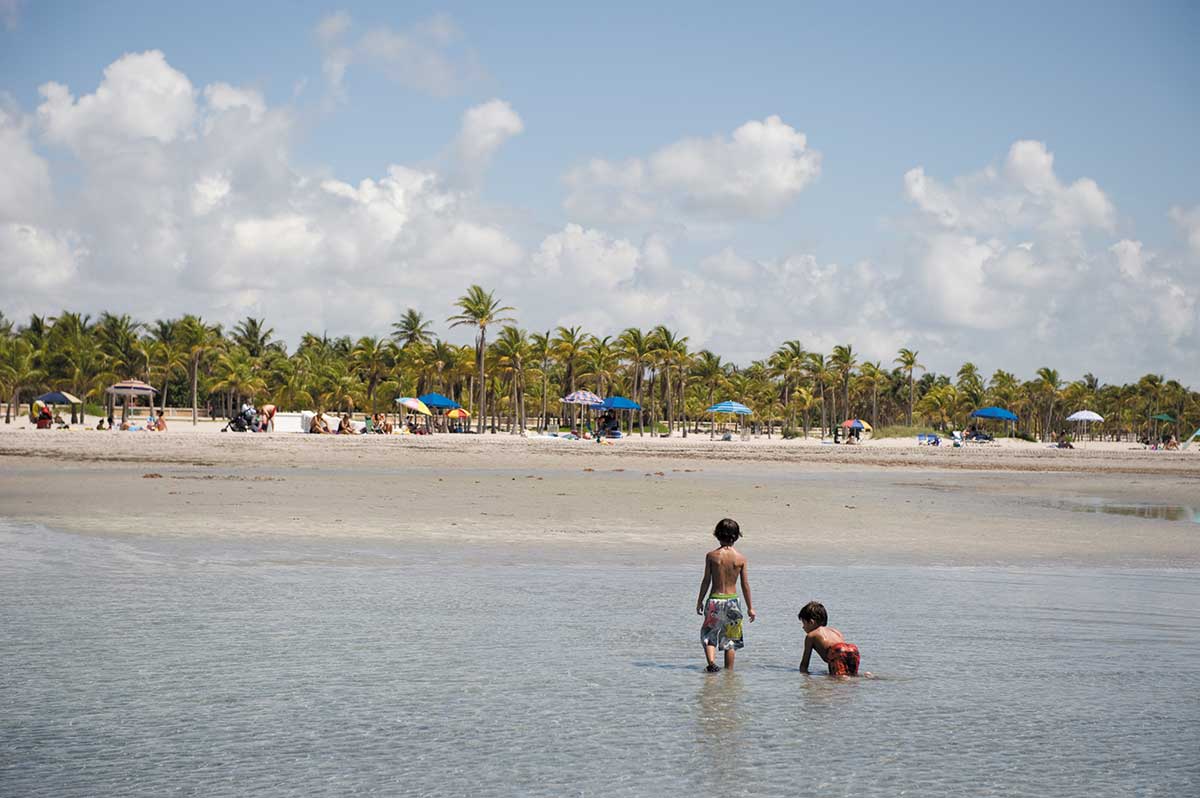 Effective July 1, polystyrene products will be banned in all Miami-Dade parks, including beaches, kicking off county enforcement that is geared more to education than to penalties.
Warnings and efforts toward use of recyclables are stressed in county enforcement plans, not punishments.
“Polystyrene is not recyclable and once discarded persists in the environment for years,” says last year’s county resolution that ordered the ban. Polystyrene is a non-biodegradable petroleum-based plastic that is considered our nation’s fifth largest creator of hazardous waste.
After the county commission approved the resolution banning polystyrene products in all Miami-Dade parks, the Parks, Recreation and Open Spaces Department kicked off a public awareness campaign last December. According to the resolution, the campaign was “no cost to the county.”
“Miami-Dade Parks focused the campaign on existing communication mediums as well as our relationship with the local media to help us spread the message,” said Paul Vitro, chief of Miami-Dade Parks Extension/Education, Conservation, & Outreach Division.
Information was disseminated in press releases and social media, listed on agenda items for vendor/partner meetings and provided to county’s 3-1-1 operators and county employees. The Parks, Recreation and Open Spaces Department also posted signage about the ban at beach entrances.
The ordinance prohibits the sale or use of food-service articles made from polystyrene, such as coolers, plates, bowls, cups, lids, to-go containers, cutlery, tableware, boxes, bags and wrapping. Polystyrene food-service ware or packaging is marked with the plastic resin code 6 somewhere on the product or on the box containing the product.
“Park visitors will be asked and given the opportunity to remove coolers and other polystyrene items from the park or place the items in their vehicle in lieu of issuing a citation,” the legislative directive says. County police and the Miami-Dade Parks Enforcement Division are authorized to issue fines as a “last resort” if patrons are warned several times over repeated park visits, the ordinance says.
“For first offenders, we allow them to complete their activity but caution them,” Mr. Vitro said. If patrons bring polystyrene products, officials are to distribute palm cards about the ban in English, Spanish and Creole to educate them about the ban and the environmental impact.
“Education over enforcement is our main focus,” Mr. Vitro said, and that will be the objective of all county parks staff members who interact with patrons. The ban aims to raise consumer awareness so patrons are less likely to purchase polystyrene products.
“Ultimately, we would like them to move entirely away from single-use items for multi-use products and opt for more environmentally friendly options,” Mr. Vitro said. Aluminum, recyclable plastics, coated and uncoated paper products and compostable plant fiber products are examples of containers still allowed in the parks.
Polystyrene contains styrene and benzene, suspected carcinogens and neurotoxins that are hazardous when consumed. Polystyrene is used to make drinking cups and food containers, and when hot foods and liquids make contact, they start a partial breakdown of the product, which causes some toxins to be absorbed into the bloodstream and tissue.
“The polystyrene ban supports parks stewardship and conservation effort in improving environmental concerns,” Mr. Vitro said. “Through education and awareness, patrons will learn about the negative impacts of polystyrene litter while encouraging them to take on the role of environmental stewards.”