Advertisement
The Newspaper for the Future of Miami
Connect with us:
Front Page » Top Stories » Pan American Sports Organization set to open in Miami 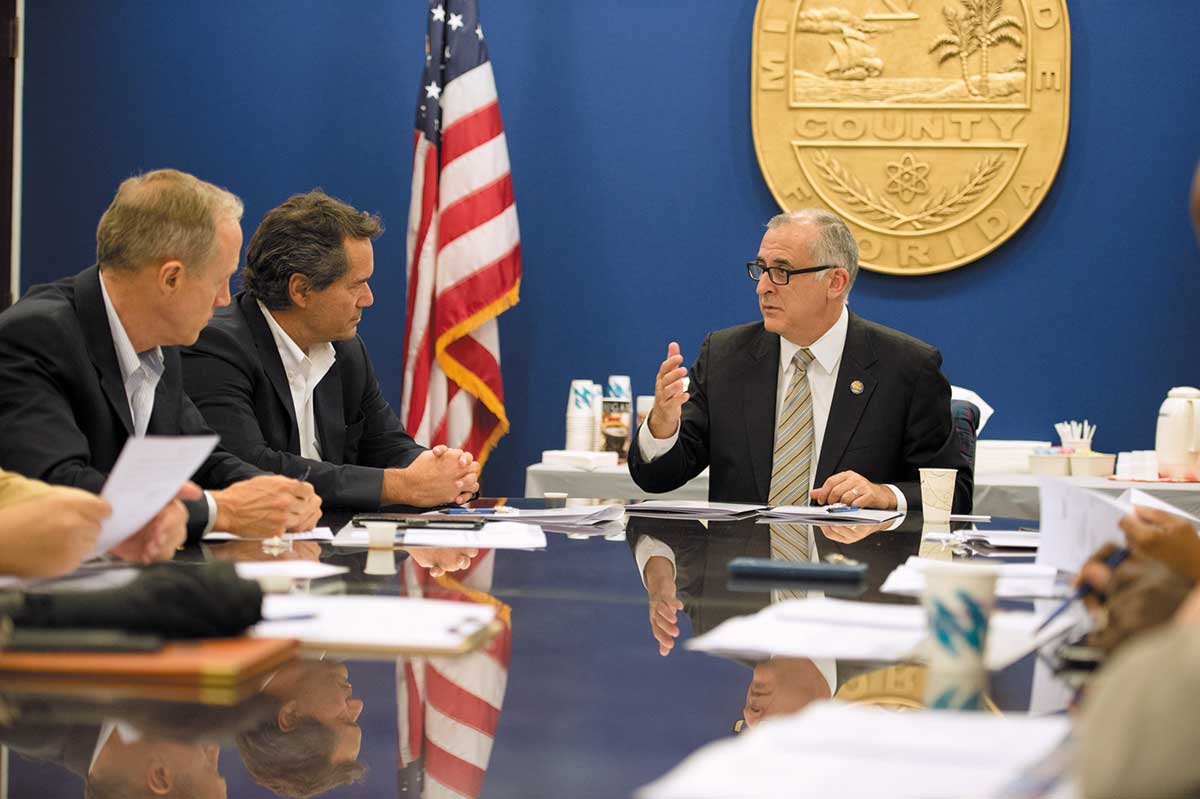 The Pan American Sports Organization (PASO), now being referred to as PanamSports, is set to open offices in Miami in July.
“Miami has become the de facto meeting place for PASO and the International Olympic Committee (IOC), without a doubt,” said Ralph Garcia-Toledo, director of the Miami-Dade Exploratory Committee to secure the PanamSports offices in Miami, who has been working with PanamSports executives for six years to open the offices in Miami.
The opening of the new PanamSports offices is the first step in developing a stronger relationship with many international sports committees, he said.
The county commission established an advisory board, which Mr. Garcia-Toledo heads, to report to the mayor on all international sports news in the Western Hemisphere and create a better working relationship with the IOC, partners in the Caribbean and Latin America and the mayor’s office.
“It’s natural for us to offer that relationship. Most members with national olympic committees have homes in Miami, their children go to school in Miami, their money is in Miami, and they love the city,” Mr. Garcia-Toledo said. “With the support of Mayor [Carlos] Gimenez, we have already started hosting core events.”
Since reaching out to the IOC, Miami has hosted four conferences in the past six years. The most recent, the Best Practices Symposium, hosted by the IOC at the Conrad Miami hotel in Brickell, was the largest and longest meeting of the IOC this year and included all PASO executives.
The organization’s new president, Neven Ilic Alvarez, is spearheading a re-branding campaign, shifting the name of PASO to PanamSports to make the organization more marketable and garner a wider audience.
“A location in Miami is sure to help PASO establish a larger footprint,” Mr. Garcia-Toledo said. “Miami is the most convenient place for meetings, and I really believe they love being here.”
For now, the headquarters is to remain in Mexico and a regional office will be opened in Brickell Key, though Mr. Garcia-Toledo says “the ultimate goal is to have the headquarters in Miami, and we’re already thinking of opening larger offices in Coral Gables later.”
The exact location of the regional offices in Brickell Key is to be decided this week, as PanamSports President Ilic and Vice President Ivar Sisniega have come to Miami to meet with Miami-Dade County officials.
Mr. Garcia-Toledo is hoping to introduce PanamSports executives to Mayor Gimenez and formalize the details of the move.
“I look forward to showing PASO the best of Miami-Dade County,” Miami-Dade County Commission Chairman Esteban Bovo said in a news release. Mr. Bovo said Miami would be “an ideal location because of our world-class airport and seaport, diverse population, geographic location and cultural and athletic ties with the nations of the Americas.”
When asked if Miami is planning to introduce a bid for the Pan American Games, the second-largest international sporting event after the Olympics, Mr. Garcia-Toledo said, “Miami would be a fantastic place for the Panam Games, but right now our focus is on helping the US Olympic Committee’s bids for the 2024 or 2028 Olympics in Los Angeles and our full support is with them.”
As for the Pan American games being held here, he said, “it’s not on the agenda for now, but we would definitely consider it.”