Advertisement
The Newspaper for the Future of Miami
Connect with us:
Front Page » Business & Finance » County working on foreign trade zone at Miami International Airport 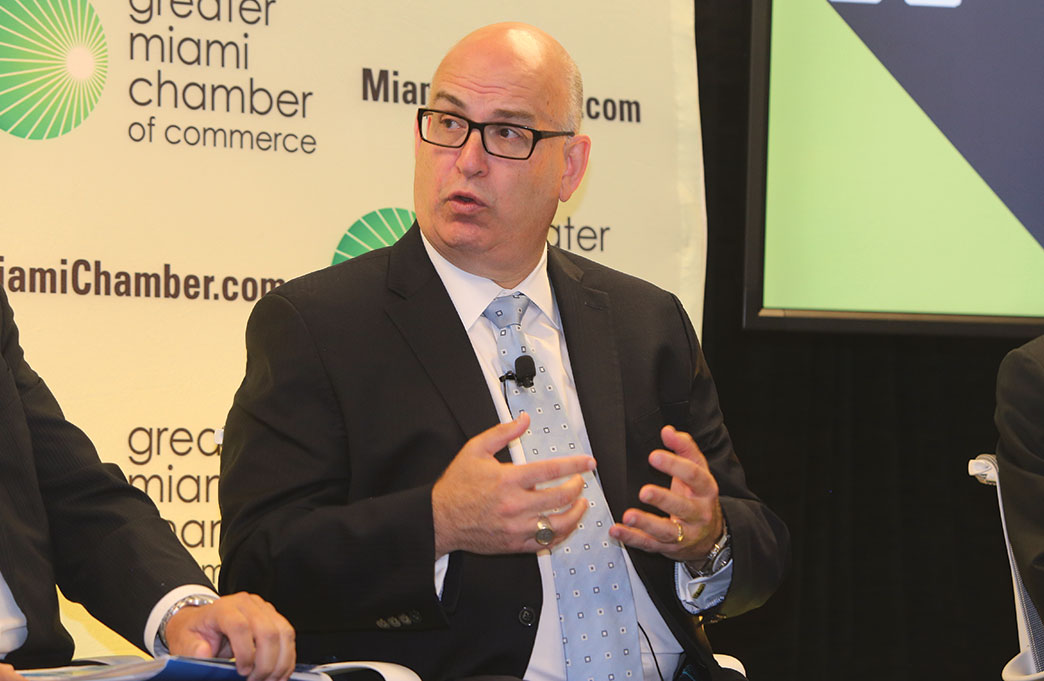 Miami-Dade’s Aviation Department is still working to set up a foreign trade zone magnet site on Miami International Airport property, anticipating that the approval will come by the end of the summer. Officials have said that the zone will attract new business opportunities and better utilize vacant cargo and non-terminal areas.
Emilio González, Miami-Dade Aviation Department director and CEO, first told Miami Today of the plan in April 2016.
The airport first began talking with PortMiami, the grantee of the foreign trade zone (FTZ), and then had its federal application moved forward.
“An airport is all about real estate, and if the airport doesn’t grow it’s bad for business,” Dr. González told a crowd at a panel event last week.
As Miami Today reported, Miami International Airport was declared the first pharmaceutical hub in the US and only second worldwide in late 2015 by the International Air Transport Association, following a year and a half of negotiations.
“MIA’s big pharma numbers have gone up 80% in the last five years without this designation… so this is a very important thing for us,” Dr. González said at the time. Officials, he said, plan to “aggressively” market MIA as an international air pharma hub that allows companies to transport very high-value, low-weight items through Miami.
The new FTZ site on airport property will allow manufacturers to lease available airport property and have their tariffs deferred, reduced or eliminated.
On Nov. 1, 2016, the Miami-Dade County Commission approved an application to the US Department of Commerce that would designate the airport as an FTZ magnet site.
The application was then submitted to the US Department of Commerce’s Foreign Trade Zone Board in Washington.
Once a decision has been made about the airport’s application, the Foreign Trade Zone Board will notify PortMiami, the grantee of the FTZ.
Officials expect the certification to be finished by the end of the summer, Dr. González said last week.
The airport FTZ has the potential to generate $7.7 million a year in lease revenue and create an esti-mated 1,500 jobs at the airport.
Foreign trade zones lure businesses because the sites allow goods to be unloaded, manufactured, reassembled, tested, sampled, processed, repacked and re-exported without intervention by US Customs authorities.
Nonetheless, foreign trade zones are approved in part by US Customs and Border Protection because the areas are in or near ports of entry.
Potential site users in the airport’s FTZ include auto parts, electronics, textiles, footwear, perishables, metals, minerals, pharmaceuticals, avionics and machinery equipment companies.
Dr. González said he expects “a lot of light manufacturing for avionics and consumer goods.”
“[The airport] has some capacity left to house that,” he said, “and we will do P3 projects on the cargo side to create more space.”