Advertisement
The Newspaper for the Future of Miami
Connect with us:
Front Page » Healthcare » Refunding bonds for Jackson Health System saves $15 million 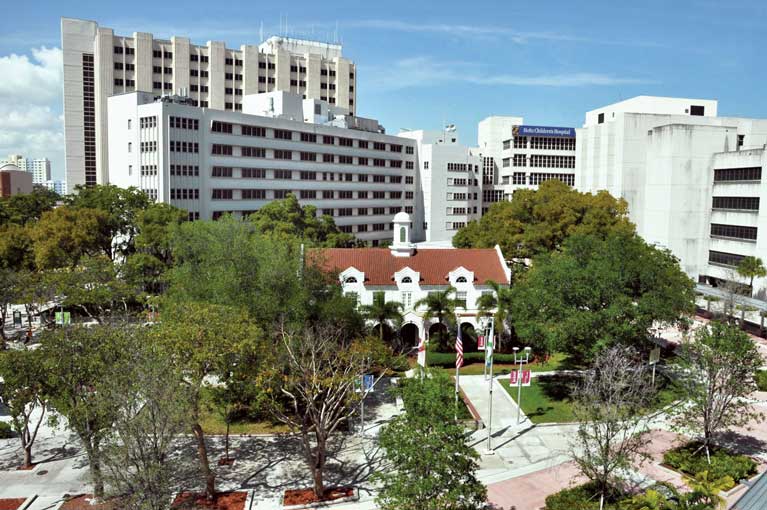 In a transaction expected to close today (6/1), Miami-Dade County is expected to sell $81.215 million in refunding bonds for Jackson Health System debt that will save the county more than $15 million in interest over the lifetime of the bonds.
The county commission authorized the action Jan. 24.
The debt service savings translate into a net present value of almost $9.4 million, Mayor Carlos Gimenez wrote in a memo to county commissioners.
The county received a AA- rating with a stable outlook from Fitch Ratings, to which the county paid $40,000, and a rating of Aa3 with a stable outlook from Moody’s, to which the county paid $45,000 for its study. Overall, the county spent a bit more than $505,000 on fees for the transaction.
In its summary of the transaction and underlying strength of the county, Fitch noted that the taxable assessed value of the county for fiscal 2017 is more than $250 billion, “an almost 9% annual increase which also surpasses the prior peak-year value recorded in fiscal 2008,” as the Great Recession was taking hold.
Fitch says that new construction reportedly added $5 billion to the tax base, with the balance of the gain from property appreciation as recovery continued. But, the firm wrote, “Fitch believes the tax base is exposed to the risk of higher than average declines in a downturn, as was the case during the Great Recession when [taxable assessed value] fell almost 25% in aggregate from fiscal 2009-2012.”
But, the report says, “Fitch believes general fund revenues will likely outpace historical growth in the near to intermediate term.”
In assessing the ability of the county to raise more revenue, Fitch estimated that “the county can generate approximately $625 million in additional property tax revenue under the countywide tax rate cap and $510 million within the “ unincorporated municipal service area that covers about 45% of county residents who live outside of cities, towns and villages. That would be more than a 50% tax increase from the general fund revenues of $2.1 billion in fiscal 2016.
Moody’s noted in its data that the county’s net direct debt today is more than $4.6 billion. “The county’s debt burden will likely remain manageable given moderate non-enterprise borrowing expectations,” Moody’s analysts wrote. The county’s $21.8 billion multi-year capital program, Moody’s said, is heavily weighted toward water & sewer and transportation debt “and includes projects that may not be funded.”