Advertisement
The Newspaper for the Future of Miami
Connect with us:
Front Page » Transportation » Miami International Airport rules out free luggage carts

Written by Susan Danseyar on May 30, 2017
Advertisement 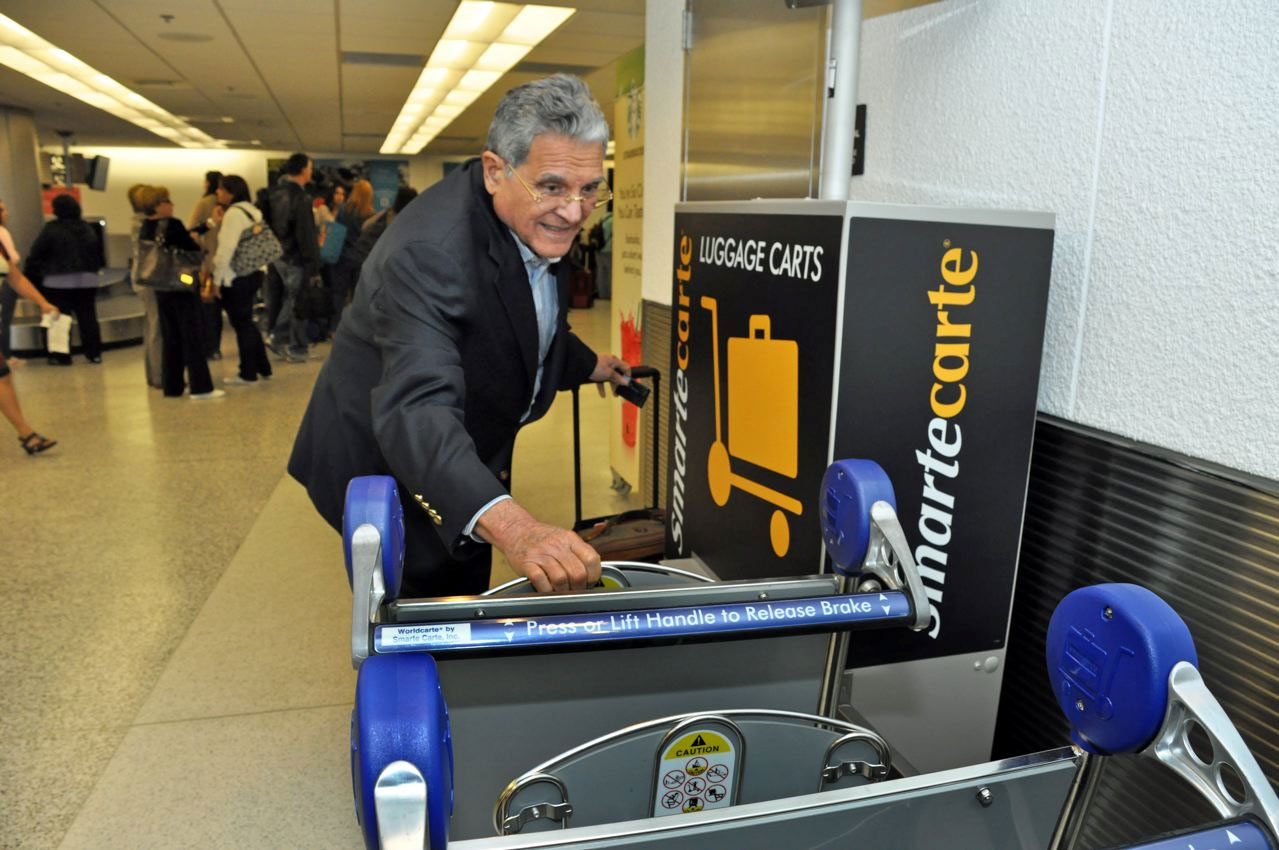 Miami International Airport officials who were looking into offering free luggage carts or reducing charges for them have decided it wouldn’t be good for customer satisfaction.
The Miami-Dade Aviation Department has determined that offering luggage carts free or at a lower rate would negatively impact customer satisfaction “because of the inability to replenish the carts in a timely and efficient manner when usage increases,” said Aviation Department Deputy Director Ken Pyatt in an email Tuesday. “MIA’s Concourse D has the single-busiest US Customs and Border Protection [CBP] facility of any airport in the country, currently averaging 1,000 international passengers per hour.
“Our current luggage cart operation does not have the capacity to retrieve and return a sufficient supply of carts if they are offered for free or at a reduced rate. Other top US gateway airports charge for luggage carts in their CBP facilities as well, for the same reason.”
In May 2016, Mr. Pyatt said he would work with other officials at the airport, updating data and determining if it’s viable for the airport to offer free luggage carts or reduce charges for them.
When he appeared with Aviation Director Emilio Gonzaléz at the county commission’s Trade and Tourism Committee May 12, 2016, to present the 2015 year-end Miami International Airport review, committee Chairman Jose “Pepe” Diaz said he’d noticed many airports he’d been through offered free carts for transporting luggage and asked if local airport officials could look into providing that as well.
Mr. Pyatt told Miami Today at the time that a number of international airports charge for self-service luggage carts but he’d noticed on a recent trade mission to China that the airports there did not.
At one time, luggage carts were free at Miami International, Mr. Pyatt said.
“We implemented the fee when we opened the Federal Inspection Service [FIS] area [as of July 31, 2012, in the middle of North Terminal],” he said. The facility is double the size of the previous one and, with “everyone taking a cart,” the airport wasn’t able to keep up supply for other travelers.
“FIS averages 25,000 coming through daily, so with such demand, there were no carts for other passengers in arrivals,” Mr. Pyatt said. “When we implemented the charge, demand for the carts went down.”
But free carts would show Miami’s airport in a positive light, give a sense of welcome and might be a good marketing campaign for tourism, some committee members said at the meeting a year ago.
Mr. Pyatt told committee members he’d be happy to look into the possibility of free carts or reduced costs.