Advertisement
The Newspaper for the Future of Miami
Connect with us:
Front Page » Arts & Culture » Metropolitan Miami pre-Columbian artifacts to go on display

Written by Marilyn Bowden on May 23, 2017
Advertisement 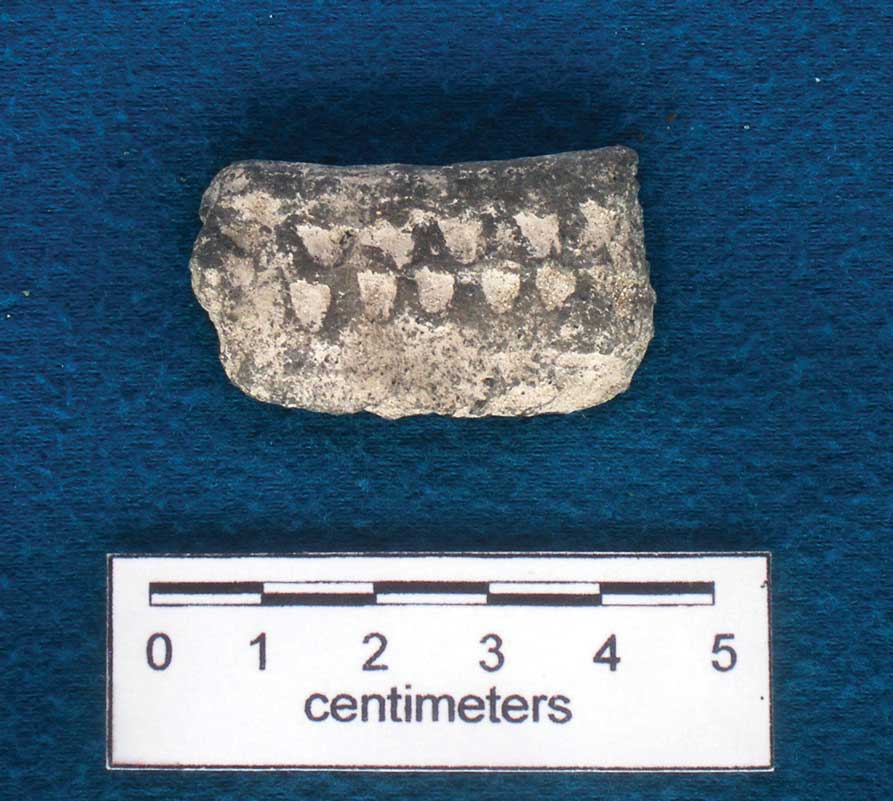 Artifacts from a pre-Columbian village discovered on the north bank of the Miami River at the site of MDM’s Metropolitan Miami project are to go on public display in about a year.
The estimated delivery date of Met Square, the project’s final phase, is the end of May 2018, said Andrew James, project manager for architect Nichols Brosch Wurst Wolfe & Associates.
The building was redesigned to include observation areas for the public as well as gallery space for HistoryMiami Museum in a compromise among the City of Miami Historic & Environmental Preservation Board, city commissioners and the developer.
“The original archaeological efforts,” Mr. James said, “started in 2004 when MDM retained Bob Carr” – executive director of the Archaeological and Historical Conservancy – “to document artifacts found at the site.
“He discovered what he calls the Royal Palm Circle.”
The MDM site is just across the river from the Miami Circle, a 2,000-year-old artifact of a people Spanish explorers called the Tequesta. Its discovery in 1998 drew worldwide attention. The site is now a National Historic Landmark.
After Mr. Carr unearthed the second circle, Mr. James said, “an agreement was reached with the preservation board to cut out the limestone that reveals this pattern of postholes as well as the foundation of Henry Flagler’s Royal Palm Hotel” – built atop the Tequesta site in 1897 but condemned, dismantled and burned to the ground just 33 years later.
The plan was to display the finds in the courtyard between Met Square and Met 1, he said. But when excavation resumed after the economic downturn, Mr. Carr turned up many more artifacts across the entire building site – as well as evidence of the original shoreline of the Miami River, which Flagler had altered. So that plan was scuttled.
“In addition to the original discoveries at the northeast corner of the site, “Mr. James said, “they found even more prominent circles on the southwest side.
“The way it was eventually worked out was that the northeast corner of the site would include a gallery to be turned over to historical entities for people to come in and observe. It would be an opportunity to display all of the history of the site.
“In the southwest corner another protected area would display more significant discoveries.”
The 2,236-square-foot Met Square Gallery in the building’s northeast corner will be operated by HistoryMiami Museum, said Museum Director Jorge Zamanillo, and will fulfill the negotiated agreement to preserve and interpret the site.
Visitors will get to look down upon a circular feature similar to the more famous Miami Circle, he said, as well as a foundation element of the Royal Palm Hotel. Interpretive elements will include short clips and films as well as signage.
“It’s an opportunity not only to display the circle,” Mr. Zamanillo said, “but also to start archeological tours. It could serve as a drop-off point for students to learn about the history of Miami.”
Open to view along the southwest corridor, he said, will be another circular feature; a freshwater well from Fort Dallas, a US military encampment set up in the mid-19th century during the Second and Third Seminole Wars; and portions of the Royal Palm Hotel’s original floor, brick steps and footers.
An underground crawl space will allow further archaeological exploration. “There are still prehistoric remains scattered throughout,” Mr. Zamanillo said. “The Spanish arriving around 1500 called it the main village of the Tequesta Indians, though it may already have been in decline by then.”
It’s obvious from an aerial perspective, he said, that the hundreds of postholes comprising the circles are manmade, forming deliberate linear patterns. Some of the circles are concentric. What they signify, though, is tough to determine after thousands of years.
Still, Mr. Zamanillo said, the site is a goldmine of information about life in South Florida before the advent of Europeans.
For example, he said, one of the interesting things about the original Miami Circle is what it says about trade routes. “They found copper from the Great Lakes region, galena from the Mississippi Valley, a stone ax from the Midwest. Obviously there was a network of trade operating over a long period of time.”
Meanwhile, public access to the Miami Circle, buried for more than a decade under layers of limestone as protection against erosion and vandalism, remains in limbo. Most recently a spokesperson for the Florida Department of State, which maintains the site, said that through 2017 the department will be focusing on “enhancing visitor experience” through interpretative signage and additional landscaping. Further plans are as yet unannounced.