Advertisement
The Newspaper for the Future of Miami
Connect with us:
Front Page » Government » Miami-Dade closer to building new courthouse

Written by Susan Danseyar on May 9, 2017
Advertisement 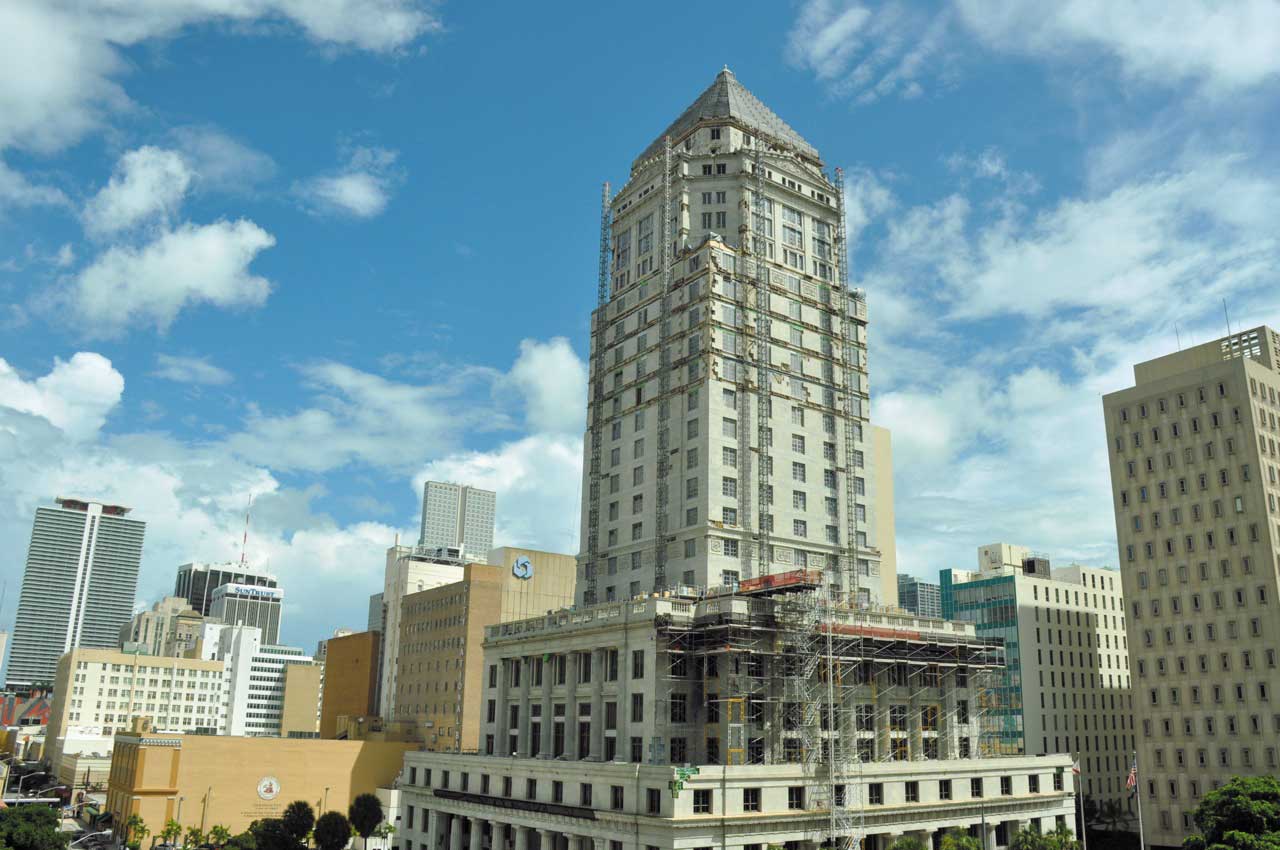 Miami-Dade is getting closer to building an estimated $361 million civil courthouse, whether through a private partnership or some kind of lease payment from the private sector for properties the county owns.
Commissioners at Chair Esteban Bovo Jr.’s policy council May 4 voted support for legislation directing the administration to solicit ideas from developers, financiers, real estate investment companies, contractors and builders to design, build, finance, operate or maintain a new civil courthouse.
The resolution by Sally Heyman and Rebeca Sosa has a timeline with requests to the private sector by the July 18 county commission meeting due back Sept. 1.
The current aging civil courthouse at 73 W Flagler St. has been discussed by two task forces, chaired and overseen by Ms. Heyman. Upholding the voters’ decision not to raise taxes, Chief Judge Bertila Soto said the legislation complies with the civil master plan and she’s happy with the results.
Ms. Heyman said the plan seeks a true public-private partnership for a new civil courthouse. The county, she said, has identified real property that’s undeveloped but is just waiting to get a better evaluation with interested developers on land values.
Ms. Sosa said she wants to hear at some point about what will be done with the current courthouse.
“We need to throw everything on the table and let the private sector come up with ideas of how we can make this happen,” Mayor Carlos Giménez said. “These are our needs; these are the properties we have – about 11.” As for the old courthouse, he said it’s historically designated and an asset so it’s not going anywhere. The legislation is the only way the county can move forward, Mr. Giménez said. “If [the resolution] doesn’t work, we’ll be back to look for other alternatives.”
Deputy Mayor Edward Marquez identified the funding sources: $45 million of general obligation bonds and up to $5 million of bond proceeds. “It’s still short to fund a $361 million courthouse,” he said. “We have a substantial amount of property to offer to the private sector. If we don’t have the old courthouse to operate, we’ll have operating expenses from it.”
Commissioner Jean Monestime said a new courthouse is a “big ticket item and needed in the county” and that he supports searching for solutions, but he asked if the expression of interest from the private sector also calls for the county to find other sources of funding. Mr. Monestime said he’s “extremely skeptical on how we’ll get it done.”
Mayor Giménez said there’s a need for the new courthouse and the county has assets. “The private sector is the only one we can sell our assets to,” he said. “This will be north of $361 million.”
Mr. Bovo noted that he stated a new courthouse was a priority when he took over as commission chair. “Everything the county does of this magnitude, I want us to be thorough,” he said. “Part of being thorough is asking what other communities are doing that we’re not doing. Why are we not exploring opportunities that someone could build both civil and criminal together? We have to get it right and be responsive to the taxpayers. People will question how we’re doing this.”
Mr. Bovo said it’s important to follow technology. Ms. Sosa agreed. She said juries will one day convene by Skype and that technology might lower the number of rooms in the new civil courthouse.
Ms. Heyman said the task forces and others working on the new courthouse looked at combining the sites, but what’s unique about Miami-Dade is there can’t be a compound of the two uses because they’re zoned differently.

One Response to Miami-Dade closer to building new courthouse