Advertisement
The Newspaper for the Future of Miami
Connect with us:
Front Page » Top Stories » Park-and-ride facility targeted for new spending

Written by Catherine Lackner on May 2, 2017
Advertisement 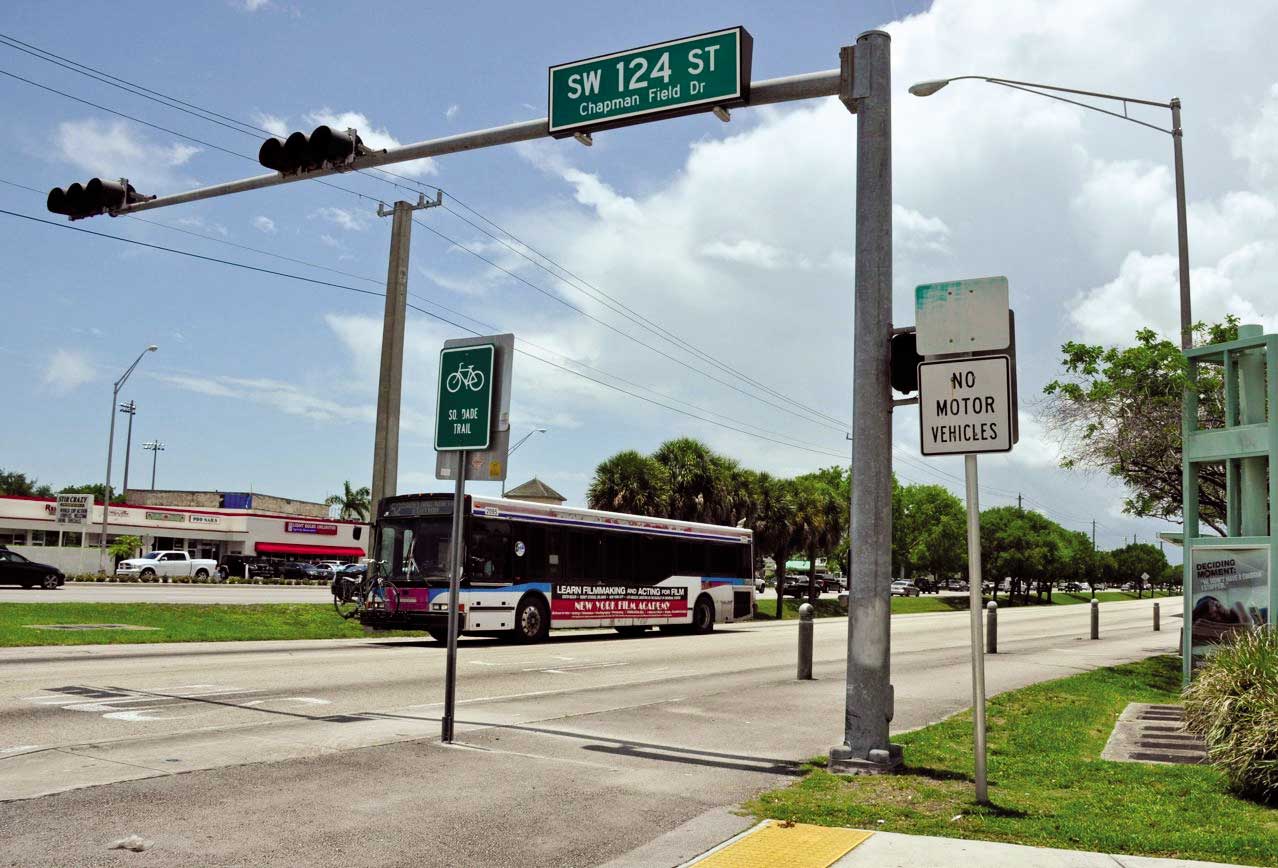 Board members of the Citizens’ Independent Transportation Trust voted unanimously April 24 to recommend to county leadership that $2.6 million in surtax funds be spent for a park-and-ride facility at Southwest 216th Street and 112th Avenue.
The trust is responsible for overseeing funds from the half-penny sales tax voters approved in 2002 for transit improvements.
The allocation will help support the Florida Department of Transportation’s plans to buy and rehabilitate an existing park-and-ride lot to serve the newly christened South Miami Transitway (formerly the South Dade Busway), which runs from the Dadeland South Metrorail Station to Homestead and Florida City. The project’s total cost is $5.2 million, according to trust documents.
The agreement also allows additional funds to be allocated from the trust, “should they become available, so long as no additional county matching funds are required.”
The park-and-ride facility is intended to serve whatever mode of transportation – Metrorail at grade, bus rapid transit, trolley or other means – is eventually deemed appropriate for the South Dade corridor of the Strategic Miami Area Rapid Transit plan. Project development and environment studies are underway now.
A transit-oriented development along the South Miami Transitway is on the drawing boards for downtown Homestead. A public/private venture, the 250,000-square-foot mixed-use development is to include more than 40,000 square feet of retail and dining space, a 65,000-square-foot family entertainment center with 10 movie screens and 14 lanes of bowling, a 1,000-space parking garage, a transit station and the city’s new Homestead Trolley hub.
The state transportation department is also planning bike and pedestrian improvements on Southwest 200th Street to provide to access to the South Miami Transitway, as well as the addition of pedestrian-friendly crossings at major intersections along the south US 1 corridor, departmental documents said.