Advertisement
The Newspaper for the Future of Miami
Connect with us:
Front Page » Transportation » PortMiami traffic with Asia rises 11% 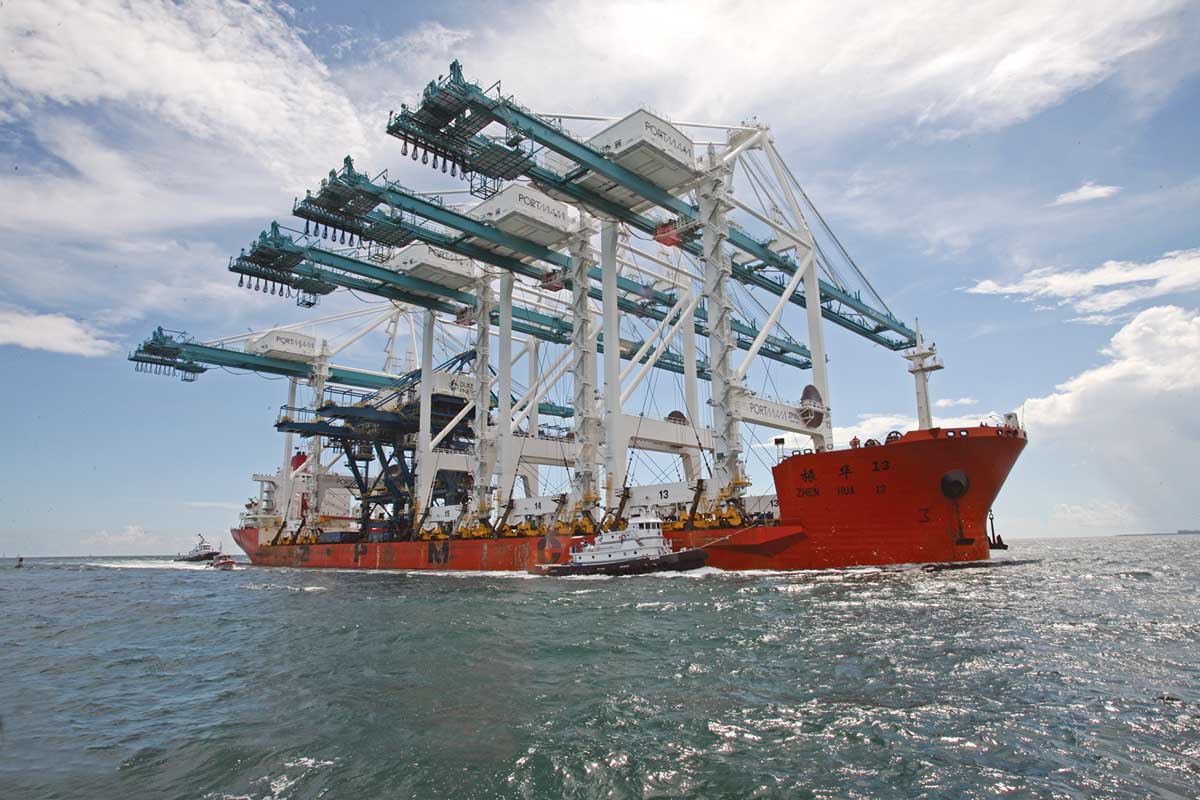 PortMiami, which was dredged to 50 feet last year in anticipation of a widened Panama Canal, can now welcome up to six Post-Panamax vessels a week, which has translated into an uptick in the port’s cargo business side of operations.
Asian service and volumes rose 11% in 2016 alone, said Assistant Port Director Kevin Lynskey.
The composition of Asian cargo represents higher value and the commodities include electronics, furniture and apparel, which are typically consumed in Florida, according to a PortMiami-commissioned study released this week.
The growth in the cargo side of the business comes as a result of $1.3 billion in capital infrastructure investments made to handle larger Post-Panamax ships, according to the port.
The recently completed development project included construction of the PortMiami tunnel that provides direct access between the marine terminals and the US Interstate highway system, the modernizing of the on-dock intermodal rail and the acquisition of four new Super Post-Panamax Gantry Cranes that can handle larger cargo ships.
The project’s most notable facet was the deepening of the shipping channel to 50 feet in anticipation of the opening of a widened Panama Canal, which doubled the canal’s capacity by adding a new lane of traffic allowing for a larger number of ships.
“Just before the canal opened we had an uptick at the port that was mostly related to West Coast labor problems,” said Mr. Lynskey.
“When the West Coast labor problems happened, importers took the opportunity to start sending products to the East Coast,” he said. Then, after the new canal locks opened, “importers decided [to] keep sending more stuff through the canal,” keeping East Coast activity strong.
As a result, he said, PortMiami “picked up traffic just before and just after the canal opened.”
In 2016, $36 billion of economic output in Florida was related to cargo activity at PortMiami.
The most important thing to note, Mr. Lynskey said, is that had the port shipping channel not been dredged, the port would now be getting very little Asian trade as a result of not being able to accommodate larger ships.
Asian trade currently accounts for 35% of the cargo at the port, he said.
PortMiami is now receiving about six super-post Panamax vessels a week, which denotes ships larger than Panamax size that do not fit in the original Panama Canal locks, such as supertankers and the largest modern container and passenger ships.
“The trick is not to focus on the number of vessels, but the number of containers coming off the ships,” Mr. Lysnkey said.
However, it’s all artificially limited by bridge height, he said.
“Almost every vessel that calls us calls New York,” Mr. Lynskey said.
However, the problem with shipping to New York is the lower bridge heights.
Bridge reconstruction in New York could mean that PortMiami will receive fewer vessel calls once that project is completed.
Nonetheless, Mr. Lynskey stressed, that even if PortMiami sees fewer incoming vessels, it can still receive ships carrying more cargo containers, which is important in keeping the port’s cargo business strong.

One Response to PortMiami traffic with Asia rises 11%