Advertisement
The Newspaper for the Future of Miami
Connect with us:
Front Page » Transportation » Public-private partnerships for transit get rail developer’s input 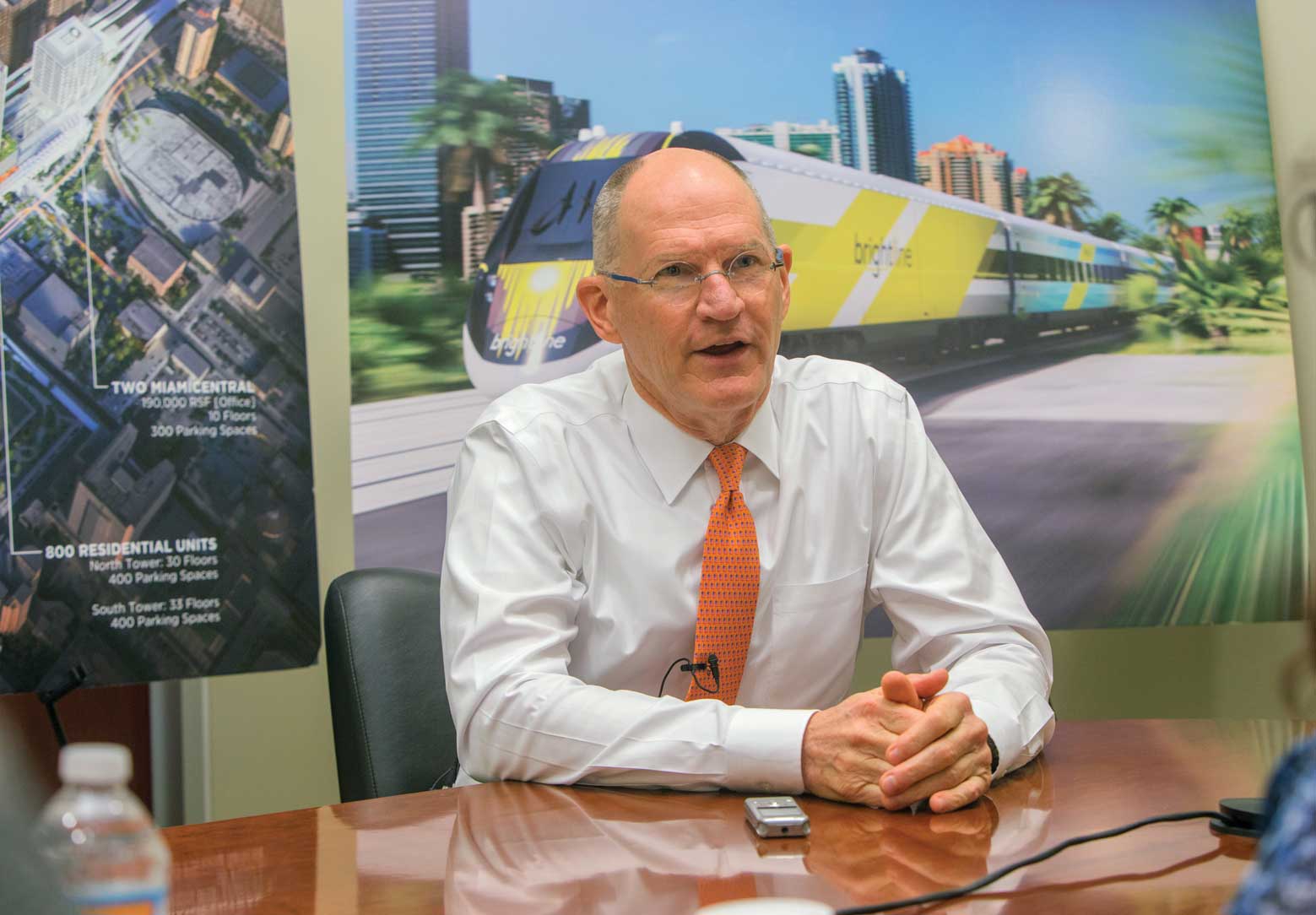 Public-private partnerships (P3s) for transit should be flexible and competitive, with both parties feeling they come from a position of strength, Michael Reininger, executive director of Florida East Coast Industries, recommends.
“There’s a need for motivational balance where both sides should have needs and resources for a partnership, and then you can take advantage of both sides,” he said during County Commission Chair Esteban Bovo Jr.’s Policy Council meeting April 6, explaining that his comments were mostly about the creation and formation of P3s.
“Our view is that almost always the public sector’s capital is cheaper than the private sector’s capital,” Mr. Reininger said. “In the construct of P3s, the best possible outcomes are achieved when there’s recognition of a natural tension.”
Using sports analogy, he said the public sector is a defensive team, shielding itself against bad acts, whereas the private sector plays offense. “(For the private sector) it’s all about initiating and assuming the best possible outcome.”
Therefore, he said, there can be differences in points of view, which can become central. “It represents the difference between a focus on process and on the end result.” At that point, Mr. Reininger said, the real issue becomes a dramatic difference between the two parties on the value of time.
For the solicitation of any P3 project, he said it’s important to design a process that “exacts an equity of strength in the participants. Every side has to think it’s a fair fight.”
When the parties see themselves as peers, there will be a higher level of competition, Mr. Reininger said. “The energy level is higher when they think the competition is equitable and it becomes easier to make a decision.”
Additionally, flexibility is important. Mr. Reininger said it’s important to know the question being asked and the parameters of what both parties propose. “Competitors like to come to the table with their own special ‘sauce.’ You often see complex ‘asks’ in these.” Mr. Reininger suggested more flexibility.
He began the presentation by making a confession. “The comments I offer are in part motivated out of some self interest. Our (collective) company has made significant investments on things that are public infrastructure over the past four years approaching $1 billion. As we look to the future, we’re looking at ways to see the evolution of both neighborhoods and businesses we touch.”
The company has participated in P3s from both sides of the table, Mr. Reininger said, with representation of the public as well as private sides.
“We only engage in P3s as kinds of investments in areas where we believe we have skills and capacities,” he said. “We have obligations to be strategic and profitable.”