Advertisement
The Newspaper for the Future of Miami
Connect with us:
Front Page » Government » Mayor’s swan song a paean to Miami Marine Stadium 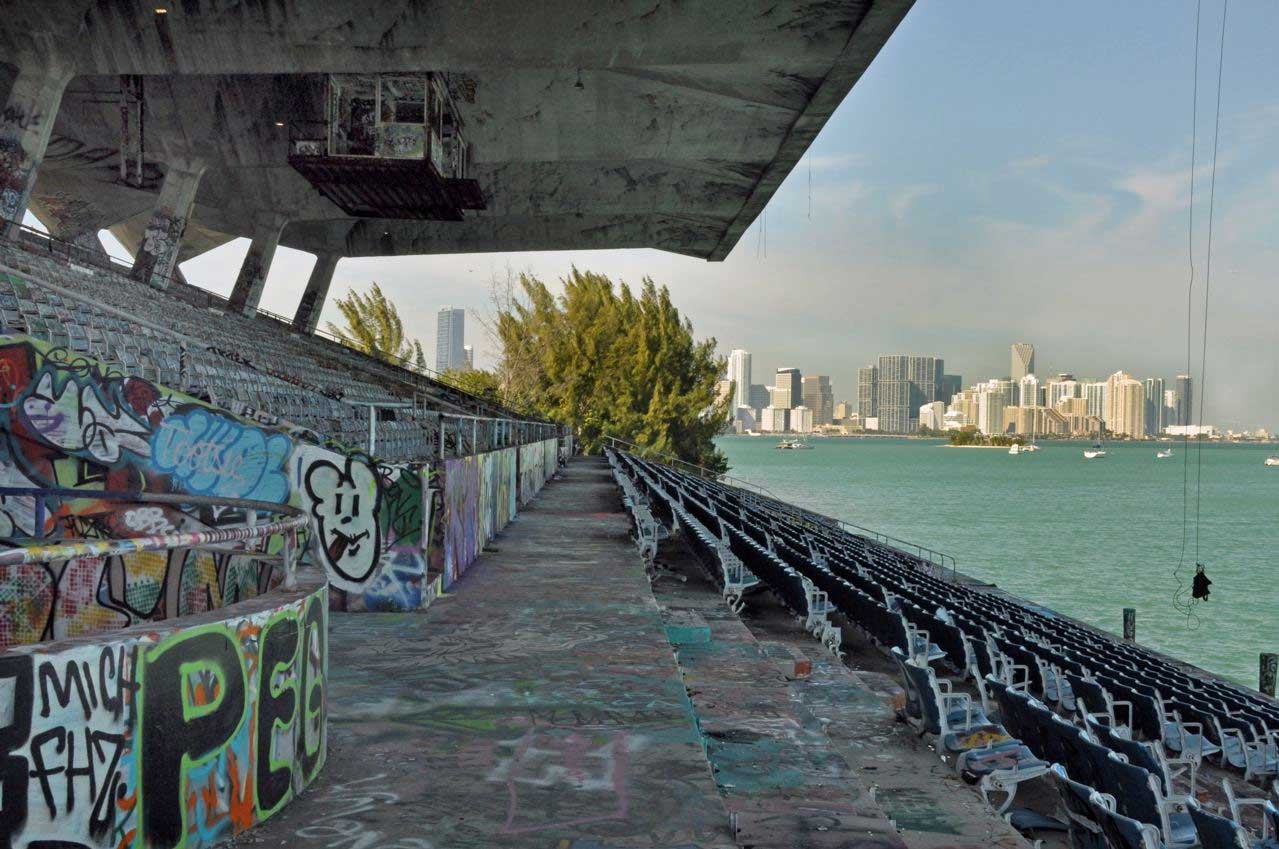 When Tomás Regalado ran for mayor of the City of Miami eight years ago he promised to work hard to restore long-idled Miami Marine Stadium on Virginia Key.
It took much of his two terms as mayor to get a solid renovation plan in motion, but it finally happened late last year and the mayor proudly touted the accomplishment in his last State of City address March 24.
Mr. Regalado mentioned the waterfront stadium in comments related to investing in the city’s future.
“I am proud to say that over the last eight years we have seen great growth that has allowed us to maintain our property taxes low while increasing services and investing in infrastructure. It has also allowed us to prove that government can work well when it wants to,” he said.
“So I must begin by reporting that the Miami Marine Stadium, abandoned since 1992 and neglected by several administrations, will see the completion of Phase One of its renovation very soon. It hasn’t been easy but we made it a priority and in the end we have a solid plan that will renovate and reopen one of Miami’s crown jewels. I look forward to enjoying it alongside other residents when the next mayor cuts the ribbon,” said Mr. Regalado.
The city closed the unique concrete stadium in 1992 in the wake of Hurricane Andrew.
In November 2016, the city commission approved borrowing $45 million by issuing bonds to fund stadium renovation and improvements, along with other work on the barrier island, most of which the city owns.
In January, commissioners approved a contract with R.J. Heisenbottle Architects for architecture and engineering for Marine Stadium, effectively kick-starting the restoration.
Reaching a formal determination that it can be restored, and exactly how the stadium can be shored up is what’s called for in the professional services agreement approved Jan. 12.
Phase One is described as pre-design planning and study to include a building assessment and recommendations, building programming, budget cost estimates and documentation of the stadium’s existing conditions.
Phase One costs are not to exceed $1,295,624.81.
As he has in several recent State of the City addresses, Mayor Regalado reminded everyone of the city’s rocky financial path.
“As the 33rd mayor of our Magic City I am humbled to say that I have presided over the worst and the best of times over the past eight years. Since the first time I walked into this building as an elected official 22 years ago [as a commissioner] one thing has remained constant, my commitment to serve the residents of the City of Miami,” he said.
Mr. Regalado said he’s proud to say that for 22 years he has done what is best for the residents with total disregard for what was best politically.
“Today I stand before you to report that the state of the City of Miami is great and that if we stay the course will remain great as we continue to tackle and resolve the constant challenges that come with growth and success,” he said.
The mayor thanked each commissioner by name for the “extraordinary time” they put into working as a team for the betterment of the city.
He had a special thank-you for City Manager Daniel Alfonso for his service, for building a team, and for considering the implications of decisions many years down the road.
“You have a keen understanding that the decisions we make today will impact our city for years to come and so we never kick the can and for that I thank you…,” the mayor said.
The mayor said public safety has been and continues to be a top priority.
“We always said that ‘when we could, we would,’ and today I can report that we have allocated extraordinary resources to our police and fire departments and currently sworn staffing is the highest in the history of the City of Miami,” Mr. Regalado said.