Advertisement
The Newspaper for the Future of Miami
Connect with us:
Front Page » Education » University of Florida’s Algebra Nation boosts passing rates 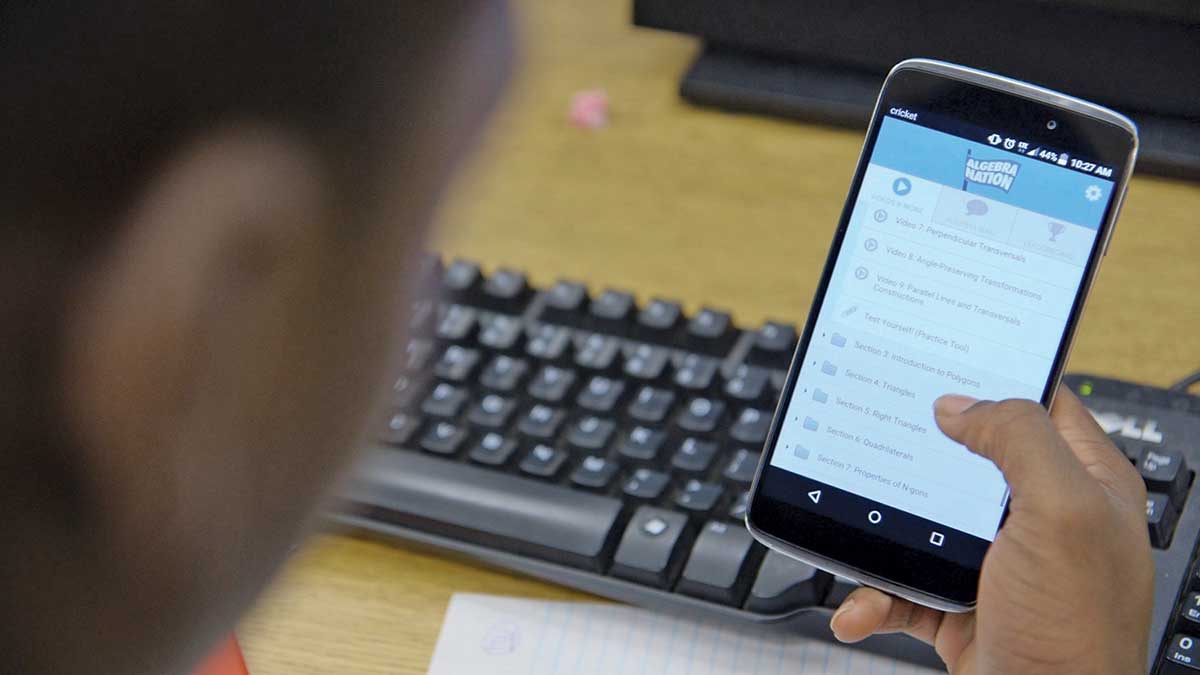 Algebra Nation, a program developed by the University of Florida’s Lastinger Center for Learning, has dramatically increased pass rates in end-of-course algebra tests, especially for minority students. It’s free, available to any student in Florida, and widely used in Miami-Dade County.
Statewide, pass rates in 2015-16 increased 27% overall for Algebra I, a university release said. There was a 52% improvement among students who receive free or reduced-rate school lunch, and 95% for minority students overall, the center said. The average pass rate among students who maximize the program is 83%, a 20% improvement over scores at schools where the program is not emphasized as much, the release said.
Created in 2013 and now in every school district in Florida, Algebra Nation blends teacher-to-teacher training and strategy sharing among 6,500 math educators with a batch of kid-friendly interactive tools that students can access from their phones, tablets or any internet-enabled device.
The goal was to “create a social-media-based, easy-to-navigate, 24/7 online resource to give students and teachers the high-quality content and support they need,” said a release.
Students can access micro-videos by master teachers, get homework help via an online Algebra Wall, administer self-tests, get skill assessments with real-time feedback, and tap into personalized adaptive tools that identify a student’s learning style and point out areas that require more work. Students can choose from among five teachers from diverse backgrounds to be their online tutors. There is also a free printed Algebra Nation workbook.
“We were trying to create a Facebook-type wall to encourage students to talk with one another and get the help they need” with algebra and geometry, said Stephanie Cugini, marketing and communications manager at the Lastinger Center for Learning.
The program was founded by Don Pemberton, director of the Lastinger Center and a national leader in the teacher-quality movement, according to a release. “More than half of Florida’s ninth-graders flunked the 2012 end-of-course exam. In many high-poverty schools, failure rates surpassed 80%,” it said. Students must pass the end-of-course algebra exam in order to graduate from high school.
“I thought about the students whose futures hinged on getting through algebra,” Dr. Pemberton said in the release. “I thought about those who must master this gateway subject to achieve their dreams of becoming physicians, programmers or other professionals.”
A work group dissected the end-of-course exam and aligned Algebra Nation with the latest state standards, conducted teacher focus groups statewide, and researched online learning, peer tutoring and math instruction, the release said. A social-media tech platform was identified.
Algebra Nation debuted in January 2013. “When the results of the 2013 Algebra 1 end-of-course exam came out, Florida students showed a marked improvement,” the release said. “Ninth-graders boosted their passage rate by more than 8 percentage points, going from a majority failing to a majority passing.
Since 2013, about 3,500 teachers and 50,000 students have utilized Algebra Nation in Miami-Dade County, Ms. Cugini said. The county “was one of the first districts to use it, and we have a high usage rate there. We have many strong teacher-users in Miami-Dade and some teacher-ambassadors who take it upon themselves to promote Algebra Nation.”
When the first teacher-training sessions were held, “We had to bring extra people in to do the professional development,” she said. “We love that!”
Because the program is interactive, students’ progress can be measured against how often they log on. Minority students who tap into the program at least 30 times during a school year enjoy a 95% improvement in their passing rates compared to students who log in 10 or fewer times during that period, she said.
Currently there are three modules: algebra I, algebra II and geometry. A program in the works (developed in cooperation with Embry-Riddle Aeronautical University) will show students how algebra is used in aviation. Future refinements include highlighting algebra’s importance in other industries, including video game creation and the manufacture of drones.
“The workforce is changing and we have to make sure we’re keeping up with that,” Ms. Cugini said. “We really need to show kids the connection, because their question is always ‘How does this apply to my life?’ So many students want to be game designers, and there’s a lot of math involved in that.”
Algebra Nation is dependent on the Florida Legislature for funding, she said. “Each year, we have to see what the funding is, and then decide how to build out the program.”
The eventual goal, she said, is to have Algebra Nation available to all Florida students in grades six through 12, and possibly to include statistics and pre-calculus in the course offerings.