Advertisement
The Newspaper for the Future of Miami
Connect with us:
Front Page » Top Stories » Tunnel under the Miami River gets major backer

Tunnel under the Miami River gets major backer 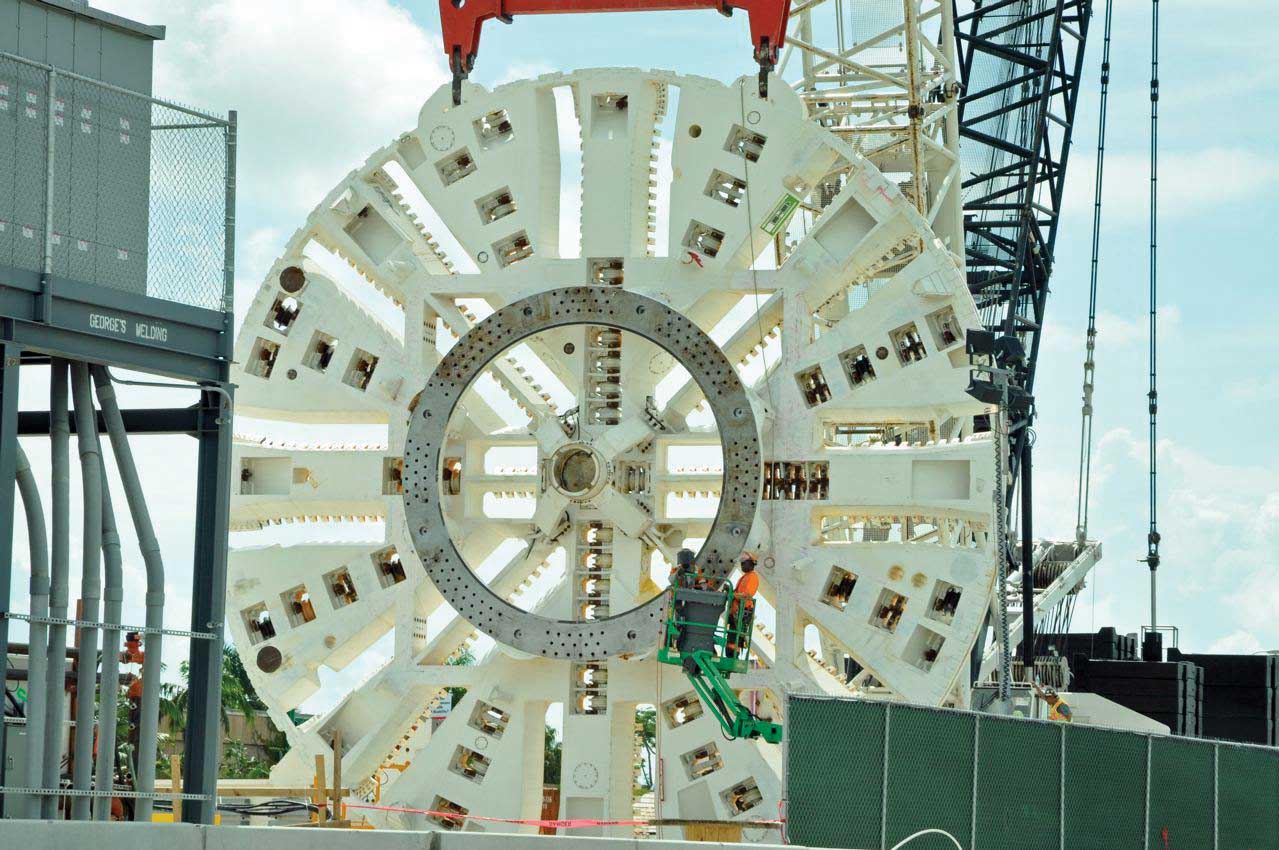 The idea of digging a tunnel under the Miami River to keep traffic flowing on Brickell Avenue to and from downtown continues to attract the spotlight.
On the heels of a January decision by the Miami Downtown Development Authority (DDA) supporting the Brickell Avenue tunnel project, the Miami River Commission approved a resolution supporting the concept of the tunnel.
The action came Monday at the commission’s monthly meeting. The lone “no” vote was cast by Gary Winston, the Miami-Dade State Attorney’s Office representative on the river commission.
Miami-Dade County Commissioner Bruno A. Barreiro, also a commission member, stressed his “yes” vote was for the concept of a vehicular tunnel, noting numerous details remain to be worked out, including exactly where the tunnel would begin and end.
“I don’t think greater Miami can afford not to do this,” said Commission Chairman Horacio Stuart Aguirre.
City Commissioner Francis Suarez is pushing for the Brickell Avenue tunnel and made his latest pitch to the DDA.
The DDA on Jan. 20 adopted a resolution supporting the Brickell Tunnel project and urging its placement on the five-year capital plan of the Florida Department of Transportation and passage of a resolution by the Miami-Dade Metropolitan Planning Organization making the tunnel a Priority One project.
The resolution talks of “utilizing DDA resources to accomplish these goals with consideration of maintaining pedestrian mobility and environmental impact, and urging a spirit of cooperation with the Miami River Commission.”
Neal Schafers, the DDA’s designee on the river commission, detailed the DDA resolution to a commission subcommittee in February.
At that meeting, Brett Bibeau, river commission managing director, said the commission’s adopted Miami River Corridor Urban Infill Plan states in its Transportation Strategies section: “Request that FDOT, Miami-Dade County and MPO analyze the viability of a tunnel as an alternative to a bridge for future high volume river crossings.”
Mr. Bibeau said the proposed Brickell tunnel is the only solution that provides needed continual flow of both vehicular traffic in the tunnel beneath the river and vessels navigating above the proposed tunnel in the river’s federal navigable channel.
On Monday, Mr. Aguirre asked commission member Ernie Martin if he would agree that the tunnel is the only inevitable solution to the decades-old problem of traffic gridlock in Brickell and downtown.
“This does seem to make the most sense,” Mr. Martin responded.
Mr. Martin is a co-chair of the subcommittee, which on Feb. 15 suggested the commission find the proposed Brickell tunnel to be generally consistent with the Miami River Corridor Urban Infill Plan.
“We know this will be a major project … it will be very complicated and last many years,” Mr. Martin said Monday.
The state transportation department has agreed to maintain a line of communication with the river commission regarding the tunnel proposal, he said.
Members of the subcommittee, while supportive of the DDA resolution, noted that it makes no mention of major financial contributions of the marine industry to the local economy, yet it does mention the impact on downtown businesses.
The DDA resolution says, “… the lack of adequate means to cross the Miami River causes an estimated $12.2 million (USD 2015) in lost productivity which equates to lost revenues for businesses in the Downtown District.”
Mark Bailey, of the Miami River Marine Group, said the river commission’s resolution supporting the concept of the tunnel should mention the tremendous economic boost the area gains from the marine industry.
The commission resolution will indeed mention the importance of the river to the local economy, noting the river is the fourth largest port in the state, with more than 25 boatyards and marinas providing local jobs and tax revenue.
When the bridge is up, downtown and Brickell businesses are impacted. When the bridge is down and ships are awaiting a scheduled opening, it impacts the marine industry, commission members said.
Mr. Barreiro said he has suggested to the state transportation department a shift in traffic flow patterns on Seventh and Eighth streets. He said a major part of the traffic tangle in that area results from motorists having difficulty getting from Brickell to I-95.

7 Responses to Tunnel under the Miami River gets major backer