Advertisement
The Newspaper for the Future of Miami
Connect with us:
Front Page » Profile » Juan Carlos Bermudez: Back in Doral mayor’s job with plans for city upgrades

Juan Carlos Bermudez: Back in Doral mayor’s job with plans for city upgrades 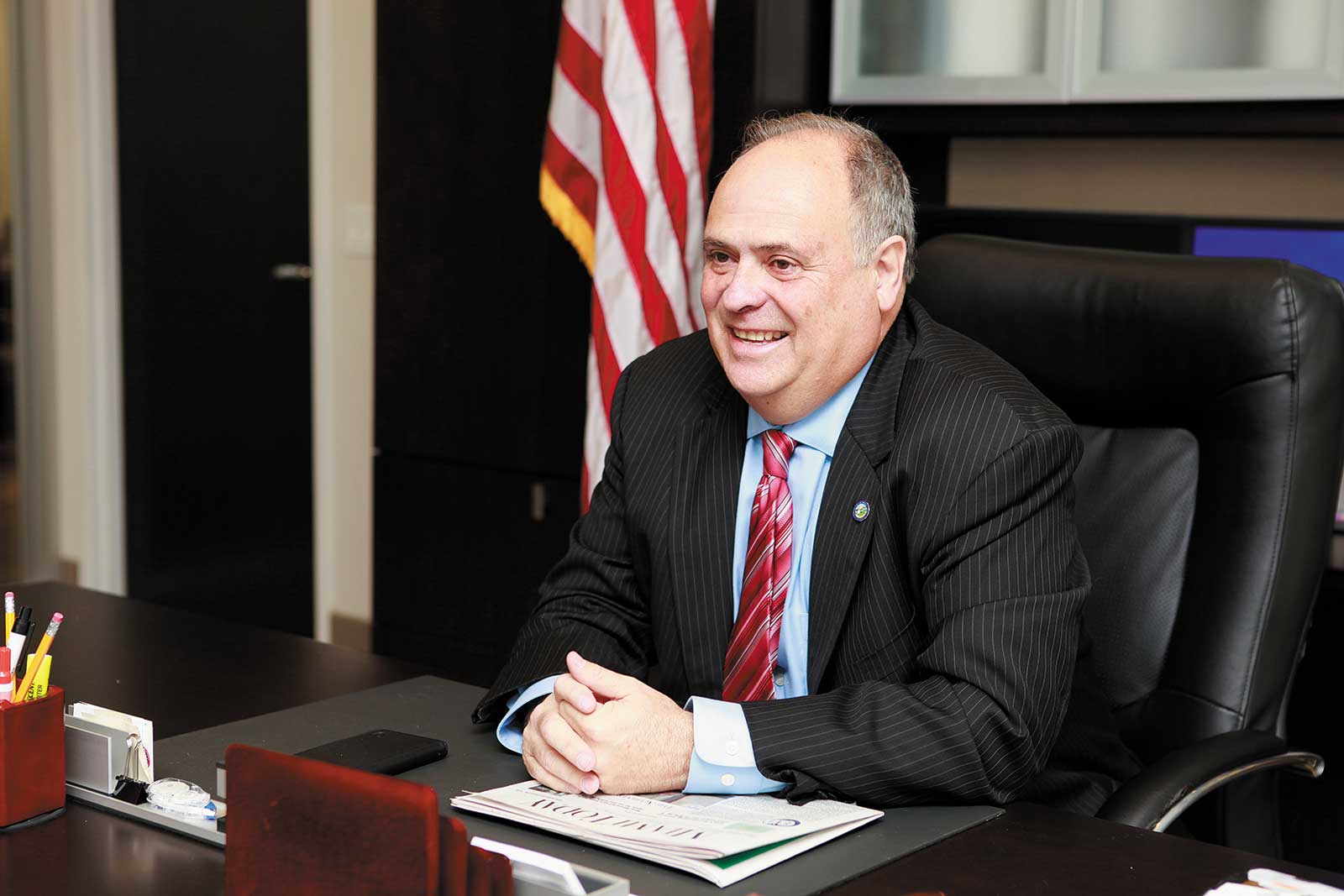 “Let’s get Doral back on track.” That was Juan Carlos “JC” Bermudez’s motto as he ran his third campaign for mayor of Doral, a city he helped found. He beat incumbent Luigi Boria in a runoff in December, winning 67% of the vote.

Mr. Bermudez originally served as mayor from 2003 to 2012 after playing a major role in the city’s incorporation movement, serving as president of the One Doral organization. He hit term limits in 2012 and waited the required four years until he could run again, during which time, he says, the city may have deviated too far from its long-term master plan.

A Doral resident for 20 years, Mr. Bermudez says he ran again because he saw the quality of life in his city changing and he decided to do something about it.

The first time Mr. Bermudez was mayor, he said, the city had nowhere near as many staff. Back then, there were no police, public works, public information or code compliance departments. Today, Doral is home to over 50,000 residents.

Mr. Bermudez is the first to admit the woes he sees Doral battling – the most cited one being traffic congestion. Landing a seat on the Miami-Dade Transportation Planning Organization (until recently named the Metropolitan Planning Organization) would be a huge step in the right direction, he said. The city rightfully deserves a seat because of its size, he said, and needs a place at the table in order to make a difference in the tax dollars it receives for transportation projects.

Family comes first for Mr. Bermudez. He wouldn’t have run a third time had he not received explicit approval from his wife and two oldest daughters, he said. When he’s not at work, he is first and foremost a family man. One reason he ran the first time, he said, was that his children, and those of other Doral residents, had no quality parks or quality schools. If he’s not at work or with family, Mr. Bermudez can most likely be found shooting hoops on the basketball court.