Advertisement
The Newspaper for the Future of Miami
Connect with us:
Front Page » Business & Finance » 12 Japanese firms here for huge Miami-Dade Water and Sewer contracts 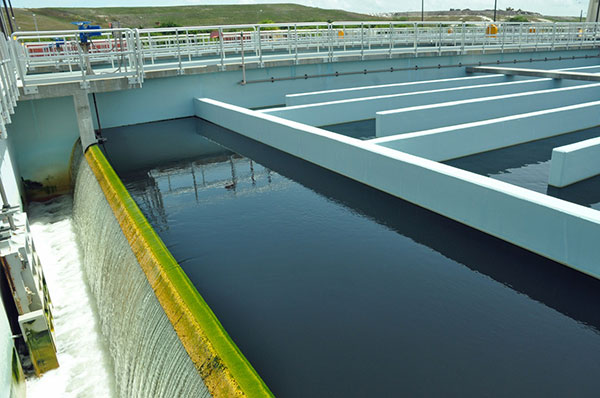 Over two dozen representatives from 12 Japanese firms visited the Miami-Dade Water and Sewer Department last week to learn about the many construction projects associated with its multi-year capital improvement plan.
The representatives were accompanied by officials from the Consulate General of Japan in Miami and the Japanese Embassy.
Miami-Dade Water and Sewer Department Director Lester Sola spoke with the delegation and made a presentation that gave an overview of the department, its history and the ongoing projects associated with the Capital Improvement Program.
After the presentation, the group went on an afternoon tour of the Central District Waste Water Treatment Plant on Virginia Key. The plant’s superintendent showed the delegation the waste water treatment process that takes place on-site.
“The information about such investment programs is not well-known among the Japanese companies,” said Ken Okaniwa, consul general of Japan In Miami.
“The representatives came from their head offices in the US… for a briefing on the investment program and they were very interested in looking at it in more detail,” Mr. Okaniwa said.
The firms represented in the delegation deal with water purification, the treatment of sewage sludge, the building of sea walls, and reverse osmosis.
“They were quite pleased,” Mr. Okaniwa said. “They found it interesting enough to come from other parts of the US because they’re that interested.”
“In general, Japanese companies have very advanced technology in the water sector,” he said. “I don’t think they have a comparative advantage in low-cost technology, but I think that if there is a need to find innovative ways of dealing with problems and introducing energy efficient equipment – they are the ones.”
The county’s multi-year capital improvement plan is an economic engine that is expected to create 16,470 new jobs during its first 10 years of the program, which will increase service capacity supporting more businesses to open in the community and improve the reliability and sustainability of the water and sewer system.
The Water and Sewer Department has just entered into the fourth fiscal year of the 15- to 20-year-long project.
During the next two decades, the county is to invest about $13.5 billion to enhance and upgrade the Water and Sewer Department’s infrastructure, utilizing state-of-the-art technology.
The goal is to increase service capacity, allowing more businesses to open in the community, and improve the reliability and sustainability of the water and sewer system.
The department has invested more than $772 million in projects and upgrades within the first three years of the capital improvement plan, which is the largest in the county’s history.
During the first decade alone, $24.9 billion is expected to be generated in economic activity within Miami-Dade. This has resulted in nearly $1.1 billion in assets created for the department.
While this only accounts for the first three years of the program, 775 projects have already been completed on time or ahead of established deadlines and another 861 projects are open in various states of progress.
“The activities at the county level – and the information regarding such activities – is not something that is widely available,” Mr. Okaniwa said. “I think reaching out to companies based in other parts of the US is important in order to get the best deal for the county – they want more competitors.”
“I’m pleased with the continued interest for these projects because we favor competition and in the end, that will benefit our customers due to having the best technology being implemented for the best price,” Mr. Sola said.
In recent years, the Water and Sewer Department has also hosted delegations from Bulgaria, Brazil and a contingent from Central America that included representatives from Panama, El Salvador, Ecuador and Honduras.