Advertisement
The Newspaper for the Future of Miami
Connect with us:
Front Page » Business & Finance » Marinas on Virginia Key to have local jobs built in

Marinas on Virginia Key to have local jobs built in 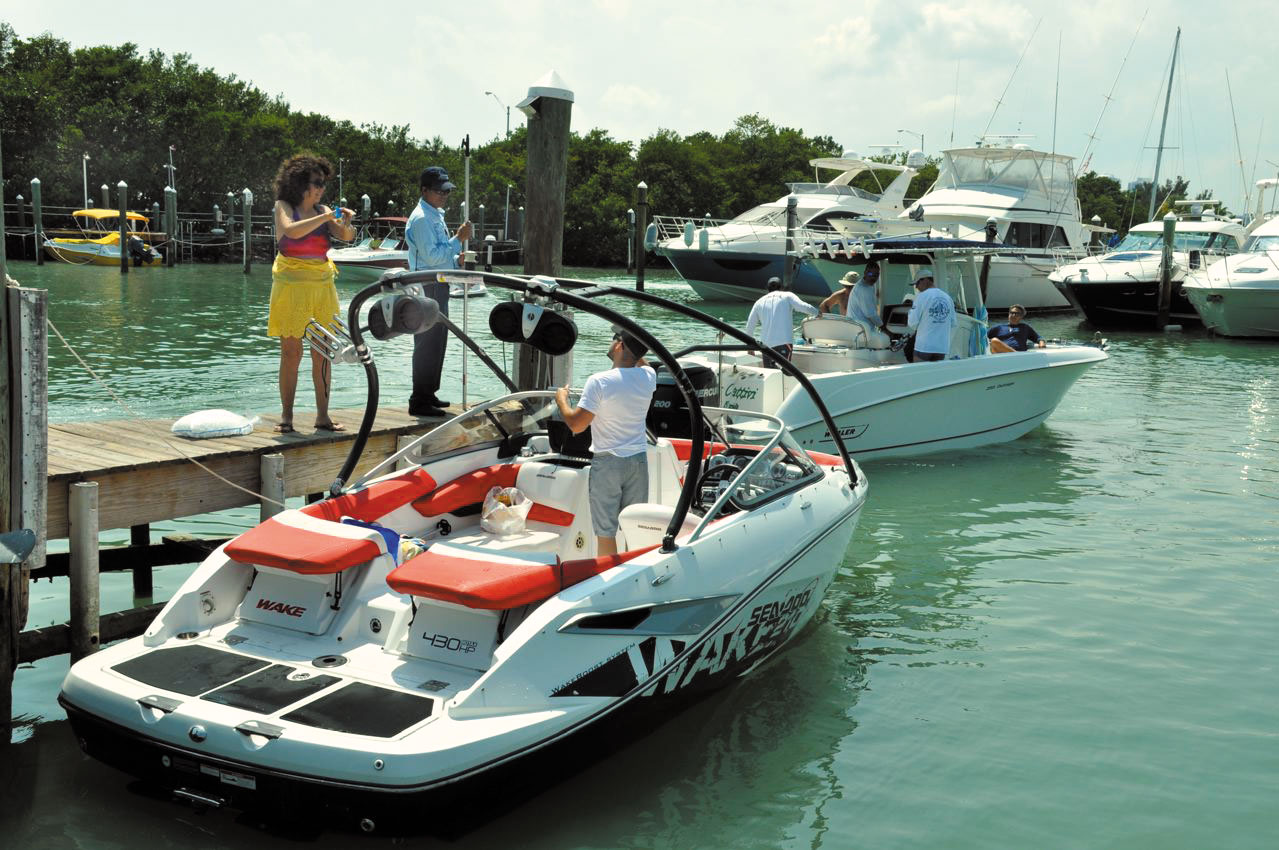 Miami city commissioners have approved a new request for proposals to improve and operate the marinas on Virginia Key and they built in a local workforce requirement.
Commissioners added language to the request for proposals that will require the winning proposer to hire a percentage of local workers.
It was one of several changes commissioners made to a draft request for proposals prepared by the Department of Real Estate and Asset Management, or DREAM.
The final request for proposals will require the winning proposer to hire at least 40% of its workforce from Miami-Dade County residents, and 25% of those must be City of Miami residents.
Commissioner Frank Carollo pushed for the inclusion of local workforce requirements, noting the value of “jobs, jobs, jobs.”
Mr. Carollo’s amendment will also require that a third party verify the local workforce numbers regularly and report back to the city administration and commissioners.
The final document includes suggested changes from the public, the Virginia Key Advisory Board, the Sea Level Rise Committee and commissioners.
The DREAM staff plans to publish the new request for proposals Feb. 17, with proposals due by May 18.
City officials will be under pressure to select a winner, get approval from commissioners of that selection, and negotiate a lease by August, so the proposal can go on the November ballot. The city owns the waterfront land and voters are required to act on any lease.
An earlier request for proposals launched in 2015 was controversial, led to contentious meetings and a bid protest, and ended with commissioners rejecting all proposals and starting from scratch.
Some of the controversy stemmed from fears of overdevelopment of Virginia Key and adverse impacts on the historic large basin, which fronts Miami Marine Stadium, closed since 1992.
Just recently the commission approved borrowing $45 million by issuing bonds to fund stadium renovation and improvements, along with other work on the barrier island, most of which the city owns.
Helping to pay for that work will be future revenue from the marinas.
The new request for proposals says the city is seeking “responsive proposals from qualified proposers willing to plan, redesign, construct, renovate, redevelop, lease, manage and operate a mixed-use waterfront facility including… a marina, boatyard, dock master’s office, ship’s store, dry storage, wet slip docks, and at least one restaurant.”
Commissioners on Feb. 9 spent more than two hours carefully going over aspects of the new request for proposals.
Several amendments were made to avoid challenges by unsuccessful proposers, and some wording was added and removed with the intent of limiting development of the marinas.
Some supporters of stadium restoration wanted to ensure there will be no major commercial development of the island, including hotels.
Others have been encouraging a return to glory days when the iconic concrete stadium hosted crowds for concerts and speed boat races.
Resident Bob Deresz on Feb. 9 objected to portions of a draft request for proposals that mentioned a possible city mooring field in the historic basin, saying it would prevent using the large basin for boat races.
Mr. Deresz said if the city allowed moorings in the larger basin, “you’ll never have these races.” He said the boat races are very popular and attract thousands.
He also suggested the property be controlled by the city’s parks and recreation department.
Commissioner Ken Russell itemized changes he wanted in the request for proposals, including that the reference to a possible city mooring in the large basin be removed.
A controversial aspect of the 2015 request for proposals – allowing wet slips in the historic basin – had already been removed from the new request for proposals.
Mr. Russell also successfully amended the request to include that no one from DREAM have a seat on the selection committee, and the Virginia Key Advisory Board be allowed to choose one of its members for the selection committee.
Other highlights of the final request for proposals include:
■The deposit required on the project was increased from $2 million to $7 million.
■The development of the properties will not allow for a Special Area Plan, or SAP, under Miami 21 zoning; which allows developers more flexibility in design and density.
■The parking garage to be built as part of this redevelopment must be owned by the city and managed by the Miami Parking Authority.
■No deep dredging (beyond 8 or 9 feet) will be allowed, meaning the marinas will not cater to mega-yachts.
The request for proposals also says the marinas project must follow a Virginia Key Master Plan adopted in 2010.
“It is the intent of this RFP to encourage an integrally planned and designed development for the property that is both consistent with, and substantially adheres to, the Master Plan to the extent permitted by law,” it reads.
Horacio Stuart Aguirre, an area businessman and chair of the Miami River Commission, spoke in support of the request for proposals to improve the marinas on Virginia Key.
He said the recreational marine industry is one of the top industries in Miami-Dade County, providing sustainable yearly employment.