Advertisement
The Newspaper for the Future of Miami
Connect with us:
Front Page » Top Stories » Boat tours to Biscayne National Park part of city deal 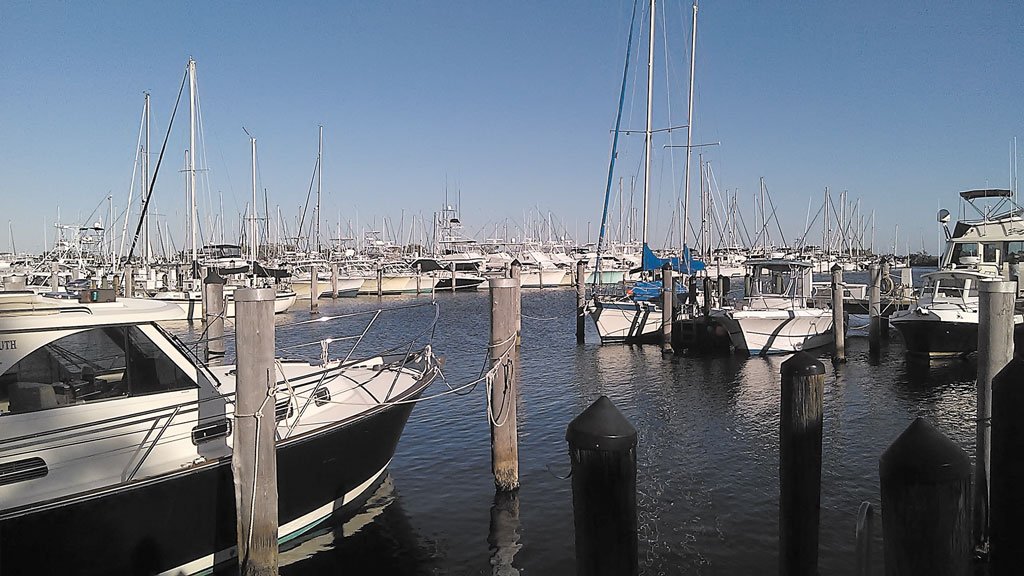 Miami city commissioners have approved deals that involve boat tours to nearby Biscayne National Park, and agreements for boat tours based at Bayside Marketplace’s Miamarina.
The National Park Service operates Biscayne National Park and is working to enhance the visitor experience, increase visitation and facilitate access to the northern end of the park.
The park has determined that a tour boat concessioner, operating from the city’s Dinner Key Marina in Coconut Grove, is the best way to accomplish these goals, according to a staff memo.
The city-owned marina is at 3400 Pan American Drive, just southwest of City Hall.
“The City, as owner and administrator of the Marina, wishes to support the Park’s goals and facilitate the desired expansion of visitor services for Miami-area residents and visitors needing ready access to the Park,” the memo reads.
Commissioners unanimously approved a resolution authorizing the city manager to execute a memorandum of understanding between the city and US Department of the Interior, National Park Service, acting through the superintendent of Biscayne National Park, for a park-authorized concessioner, who will pay the city the approved commercial dockage rate, in addition to ticket surcharge fees, to operate boat tour services from Dinner Key Marina to the park.
The park service determined that commercial boat tours should be provided under a competitively bid 10-year concession contract. The park has determined the city’s marina is “an ideal launch site.”
The city has committed to license dock space and amenities to the concessioner.
Daniel Rotenberg, director of the city’s Department of Real Estate and Asset Management, told commissioners the tour boat deal will bring the city at least $28,000 a year.
An existing transient slip will be used for the park tour boat service so no vessels will be displaced, he added.
The memorandum of understanding outlines the framework of the city’s cooperation with the park service, which will be a revocable license agreement with the eventual concessioner.
“It’s an excellent program,” said Commissioner Ken Russell, who made the motion to approve the resolution.
Biscayne National Park encompasses coral reefs, islands and shoreline mangrove forest in the northern Florida Keys. Its reefs and islands are accessible only by boat. Dolphins, turtles and pelicans live in Biscayne Bay Lagoon.
Commissioners also approved the city manager’s recommendation accepting the findings of a selection committee and the proposals submitted by five companies to lease city-owned waterfront property for tour boat services at Miamarina.
The marina at 301 Biscayne Blvd. is part of Bayside Marketplace.
The five companies are Sightseeing Tours Management Inc. d/b/a Island Queen Cruises; Thriller Miami LLC; Miami Aqua Tours; Offshore Power Boat Rides – Miami d/b/a Bayride Tours, and Fiesta Cruises of Miami Inc.
The resolution directs City Manager Daniel Alfonso to negotiate a lease with all of the proposers.
A background memo says the city is interested in executing leases with tour boat operators at Miamarina. The leases would cover individual boat slips, and provide greater financial security to the tour boat operators.
The agreement must comply with the city charter and code, be subject to final approval of the city commission, and have a five-year term with no options to renew.
The city requested proposals on Jan. 25, 2016. Five were received.
Mr. Alfonso appointed a five-member selection committee to review the proposals. The committee on Aug. 9 evaluated the criteria and scoring values, determined a rank order based on the score achieved and sent a written recommendation to the city manager.
The committee ranked the five proposals and assigned boat slips according to that ranking.
Mr. Alfonso approved the committee’s recommendation.