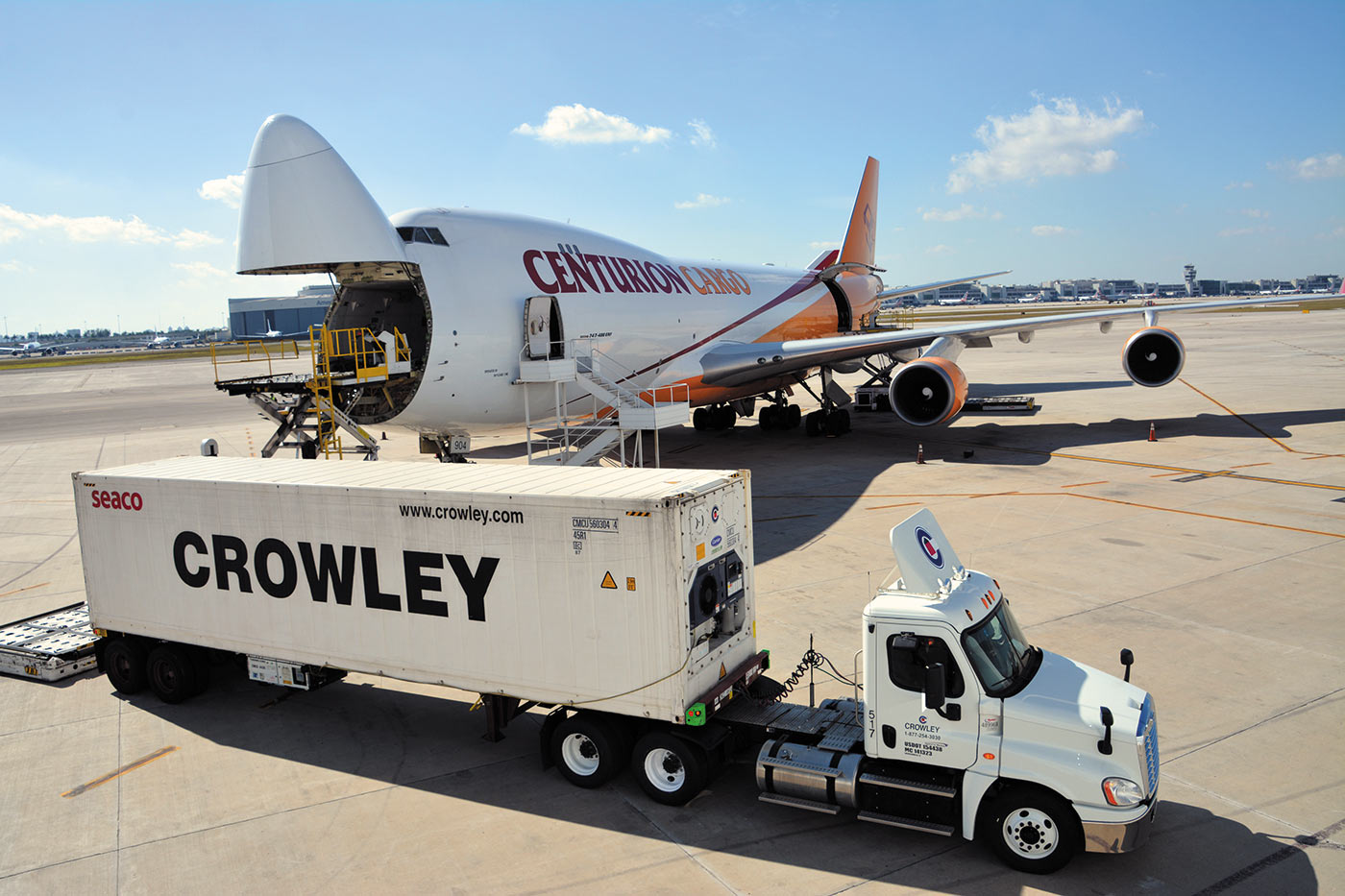 Two days after arriving at Port Everglades, several tons of Guatemalan snow peas were to be air-shipped last night (2/1) from Miami International Airport to Amsterdam via Centurion Cargo, the culmination of four years of planning and negotiations.

It’s expected to save time and money for cargo shippers, which will not be required to pay customs duties, Mr. Rodriguez says, and will also bring fresher Latin American produce to overseas consumers.

“For the past four years,” he says, “we’ve been working very hard with the US Department of Agriculture to get a permit to start this pilot program. The first company to apply was Customized Brokers, a subsidiary of Crowley Maritime Corp., and they were granted the permit. We have been working with them to get the approvals we need.”

“One of our business models,” says Customized Brokers Vice President Kimberly Wakeman, “is to listen to our customers. They were telling us how hard it is to get perishables to Europe. That’s what started it.”

Getting from that inspiration to last night’s inaugural trans-shipment took about three years of negotiations with a number of government agencies, says Crowley Vice President Nelly Yunta, who coordinated the process.

“Trying to comply with every government agency involved was very time-consuming,” she says. “The most difficult part was to prove to them that we are prepared to handle the project. We had to address every potential risk. But as a company we do have excellent relationships with them, and they helped us look at things we might have overlooked.”

A solution to give customers more options to get fresh produce from Central America to European and other global markets also had to be worked out, says Alexis Castillo, manager of logistics for perishables.

“There’s high demand but low logistical solutions from other parts of the world into the US,”  he says. This pilot program “will open up a portfolio of Central American projects into those markets.”

The Crowley subsidiary’s director of reefer logistics, Janet Ramos, says keeping a clear communications flow between government agencies, seaports and the airport has been crucial.

The permit, Mr. Rodriguez says, requires that an entire shipment – for yesterday’s inaugural load that was eight to 10 tons of snow peas – must leave on the same flight.

“Customized Brokers will be able to do four shipments a week,” he says. “It’s a pilot program for the first year, and everybody wants to make sure it works smoothly. We are going through detailed logistics to make sure that the project continues.”

Several European and Asian freight operations and shippers are eager to start on the program as well, Mr. Rodriguez says. “We want to start with one permit, but we envision it will open up additional business with permits to other companies.

“It’s a tremendous opportunity for shippers and freight operators in Latin America and importers in Europe, Asia and the Middle East, and I think it will create more jobs locally.”