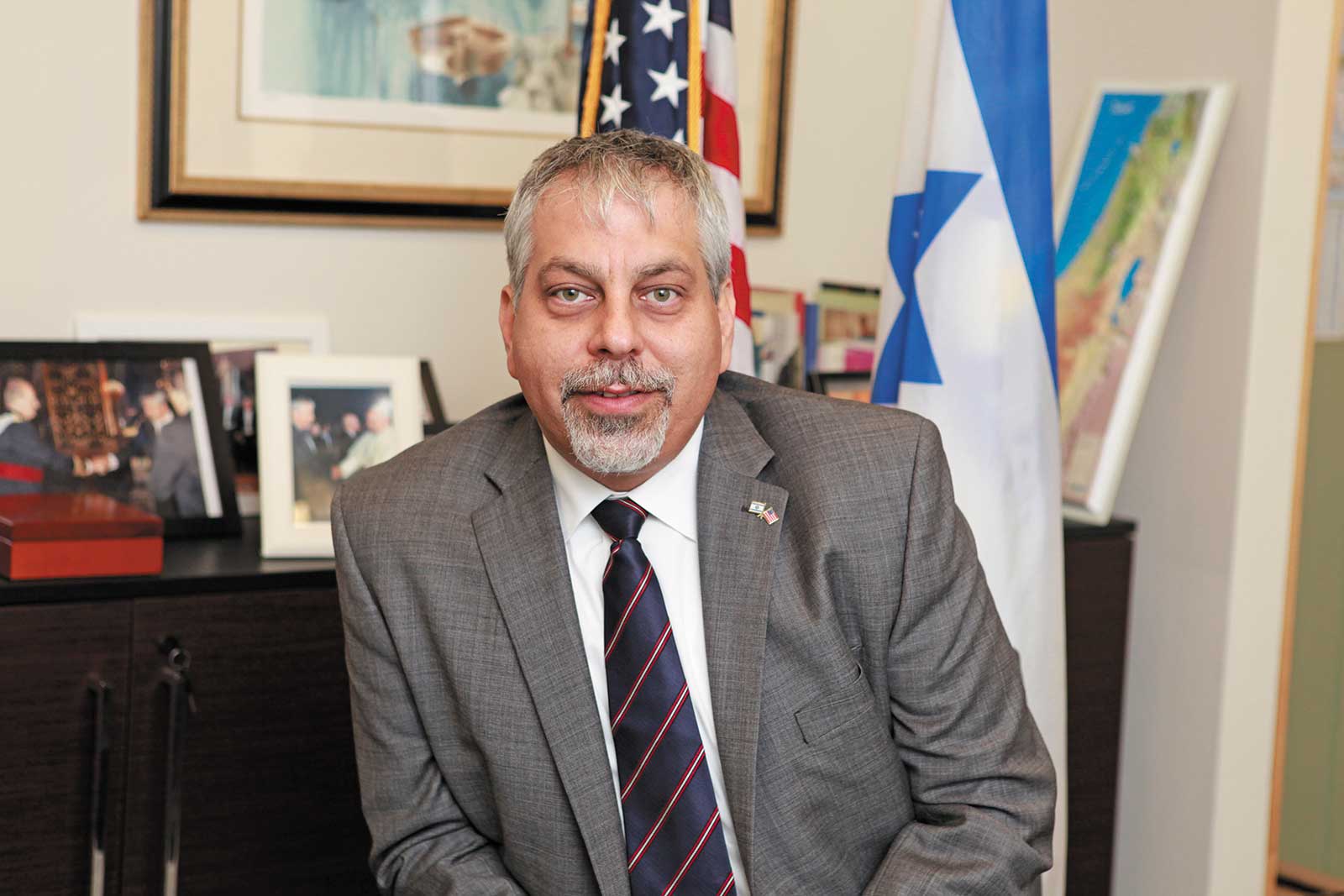 Before stumbling into diplomacy, Israeli Consul General Lior Haiat served his country in the Israeli Defense Forces and worked as a journalist. He was passionate about journalism, he said, but on a whim accompanied a friend to the Ministry of Foreign Affairs Foreign Service exams. Little did Mr. Haiat know that this would be the beginning of a life that has let him represent Israel around the world, allowing him to call places like Argentina and Spain home.

Prior to arrival in Miami last year, he was the department director of Mexico, Central America and the Caribbean at the Israel Ministry of Foreign Affairs in Jerusalem for two years.

Still, he said, his proudest professional accomplishment has been landing the job as the consul general to Florida, Alabama, Mississippi and Puerto Rico, a position that he says allows him to call himself the luckiest Israeli diplomat in the world.

Though Israel and Miami are far apart, a concern that many local Israelis express, Mr. Haiat said, the regions are similar in countless ways. Each acts as a melting pot of cultures, where being from a different place is being like the others.

Mr. Haiat hopes to attract the Israeli technology sector to Miami. A trip to Israel is like a trip to the future, he said, where you can see firsthand all the technology that the rest of the world will be using in five years.

Not one to shy away from speaking about the challenges that Israel is facing, Mr. Haiat stays optimistic, speaking about a future where people unite to fight radical Islam and peace with Palestine is achieved. Furthermore, he is highly optimistic that the Trump administration will be an ally in the journey.

Mr. Haiat doesn’t sugarcoat the struggles of his life as a diplomat with a wife and three kids. Making every new country feel like home is hard, he said, but he manages to make his children feel safe everywhere they go.

Miami Today reporter Camila Cepero interviewed Mr. Haiat in his office at the Consulate General of Israel in Miami.