Advertisement
The Newspaper for the Future of Miami
Connect with us:
Front Page » Top Stories » City digs into tunnel beneath Miami River 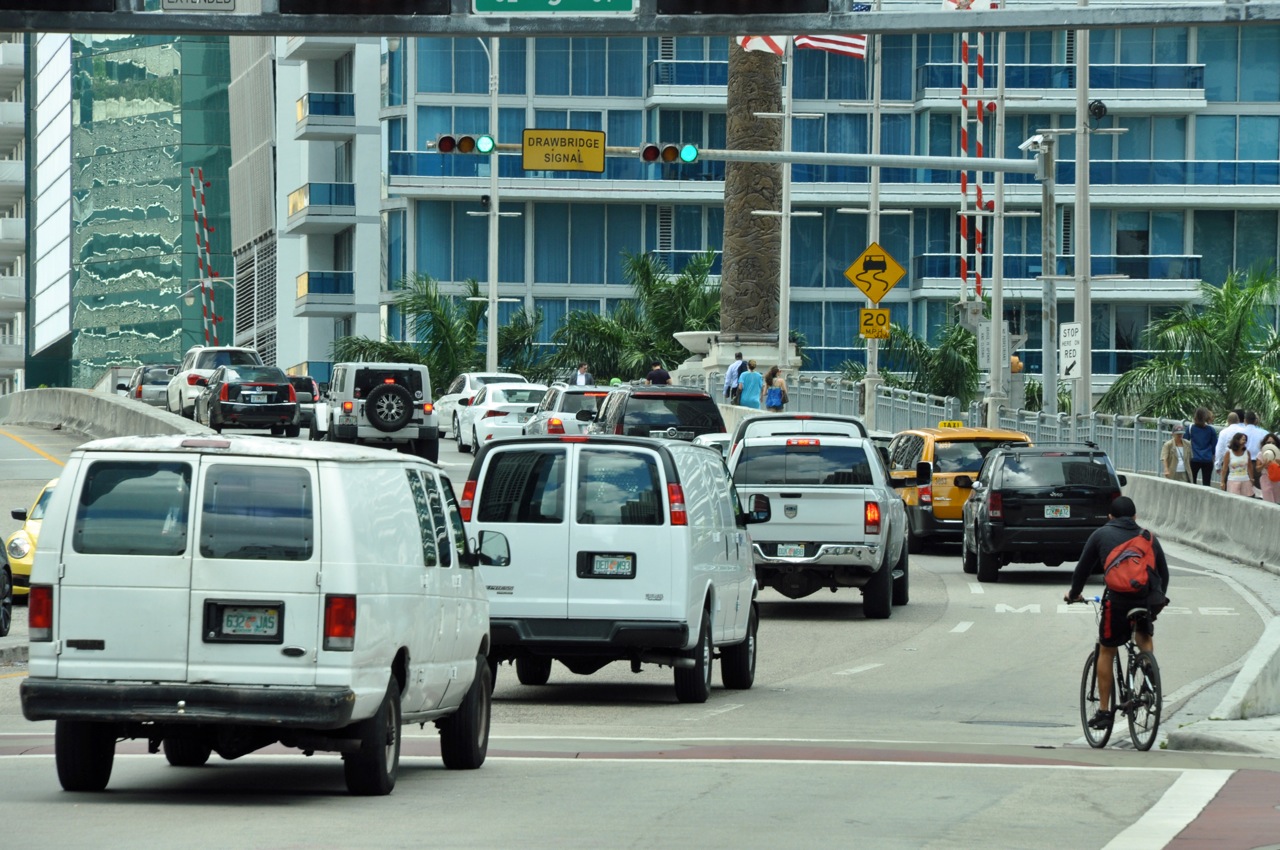 The downtown authority has waged battle with the US Coast Guard, Florida Department of Transportation and Miami River Commission over what it says are improper openings of the Brickell Avenue bridge that bring traffic to a standstill downtown and in surrounding areas. So far, it’s a standoff, with the authority calling for help from Sen. Bill Nelson and the river commission getting support from Rep. Ileana Ros-Lehtinen.

“It doesn’t take a rocket scientist to understand that one of our biggest challenges is the inability to get around Miami when that bridge is up,” Mr. Suarez said. The bridge opens more than 26,000 times per year, he said, costing millions in lost productivity due to snarled traffic.

“Downtown creates $4.5 billion in sales tax revenue, and that doesn’t count future growth,” he said. “Downtown deserves this, and it would cost about one-quarter of what the PortMiami tunnel cost.”

The first step is getting the project on the Florida Department of Transportation’s five-year plan, he said. “If it gets on the five-year plan, it’s going to happen.” It’s also crucial to have the tunnel ranked as a top-tier priority by the Metropolitan Planning Organization, he said.

“I’m here to get your support, just as you supported Tri-Rail,” Mr. Suarez told the group. The downtown authority contributed $1.3 million to the effort to bring commuter trains downtown. He likened the tunnel to the train effort. “A lot of entities were involved, and they each put in something. This probably will require multiple funding sources, too.”

He said he has asked Bruno Barreiro, county commission and authority board member, to drum up support from the county, and has prepared a packet of information for the secretary of the Florida Department of Transportation.

“From the moment I came in, we’ve been dealing with this issue, and it gets quite heated,” said Ken Russell, authority chair and Miami commissioner. “I’ve been trying to find a peaceful middle ground, and I’ve traveled enough to see that other cities have done this.”

“I’ve been begging for a tunnel since Day One,” said board member Alan Ojeda, who is president of Rilea Development Group and who chairs the authority’s Transit, Connectivity and Mobility Committee.

The idea has been talked about for at least 15 years, said board member Gary Ressler, who is a principal of the Tilia Family of Companies.

“It’s a great idea,” said board member Richard Lydecker, who is senior partner of the Lydecker-Diaz law firm. “We have lobbyists,” both locally and in Tallahassee. He suggested getting all of the lobbyists together to gather support for the issue in both jurisdictions.

One Response to City digs into tunnel beneath Miami River