Advertisement
The Newspaper for the Future of Miami
Connect with us:
Front Page » Business & Finance » With 14 more due this year, hotels likely to get more aggressive

With 14 more due this year, hotels likely to get more aggressive 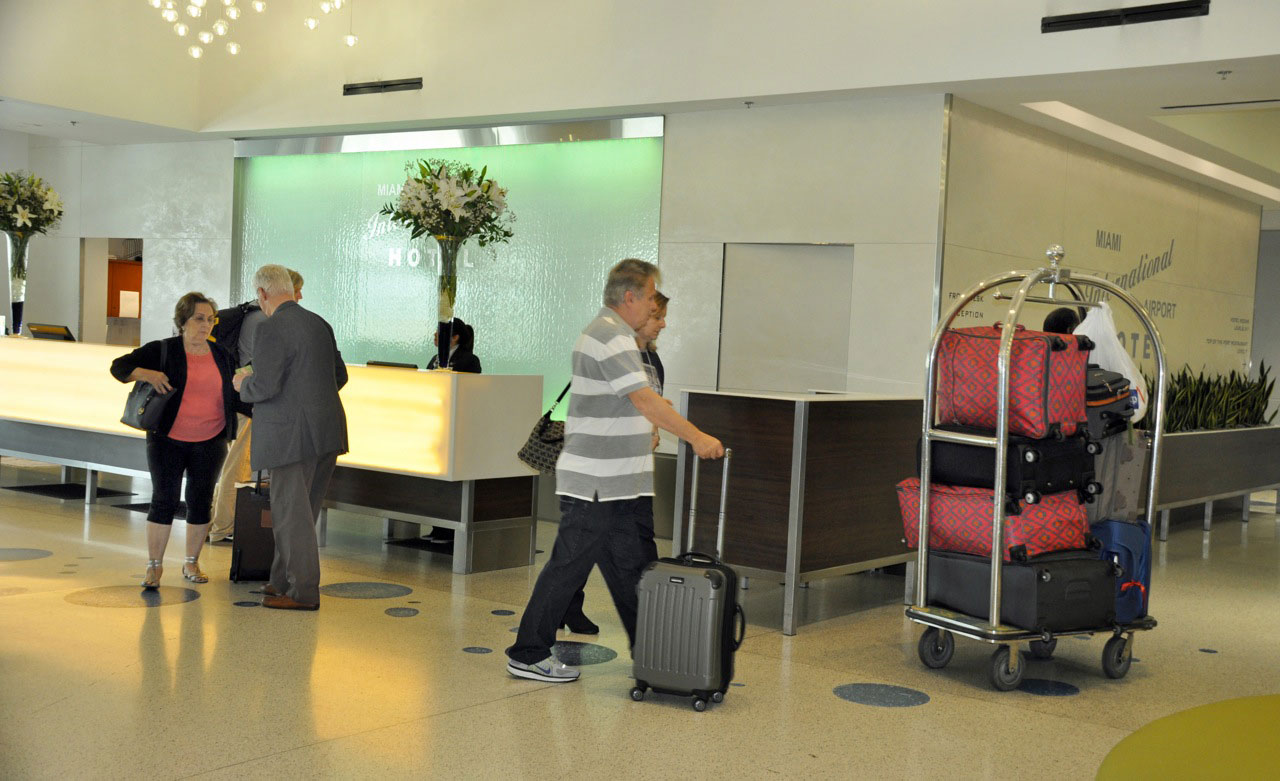 Although the county’s hotel market is about to see an influx of new units in the coming year, it won’t be nearly as flooded as it has been in the recent past. Nevertheless, local hotels are expected to become more aggressive to maintain their market share.

According to the Greater Miami Convention & Visitors Bureau, 17 new hotels were completed last year, adding 2,337 rooms to the market, much of it during the latter half of the year.

This year, at least 14 proposed hotels promise to add yet another 2,215 rooms.

The most notable new hotels, in terms of room numbers, are the Design District’s Triptych with 296 rooms, Aventura’s AC Hotels by Marriott with 233, Brickell’s Panorama Tower with 205 and Aventura’s Autograph Collection hotel with 200 rooms.

Also to open this year are three Aloft Hotels, an Embassy Suites, the SLS Lux, the Iberostar Berkeley, a Hampton Inn & Suites, a Holiday Inn Express & Suites, the Cambria Hotel and a Four Seasons Hotel at Surf Club.

“Every new hotel that comes into the community is an opportunity for us to bring new customers, but we also understand that all the new inventory adds a lot of pressure to our existing hotels,” said Rolando Aedo, ‎executive vice president and chief marketing officer for the Greater Miami Convention & Visitors Bureau.

“Last year had a lot of headwinds – the Miami Beach Convention Center being closed, the problems in Brazil, the Zika virus – and the No. 1 headwind from a hotelier’s perspective was all of the additional inventory.”

After posting record high revenues per available room in 2015, the Miami lodging market saw a decline in performance in 2016, according to a Kroll Bond Rating Agency Miami lodging report.

The Miami/Hialeah metro lodging market achieved record revenue per available room, called RevPAR in the industry, of $152.83 in 2015. It was the fourth highest of the top 25 markets after New York, San Francisco/San Mateo, and Oahu Island.

“In 2017 we will continue to see a lot of hotels in the pipeline, but not as much as we have seen in the past two years,” Mr. Aedo said. “We’re making sure that the hotels are at the center of our marketing strategy… because now more than ever our top priority is the incremental demand for hotel stays.”

Among the new products are limited service and extended-stay hotels, which helps to round out Miami’s hotel portfolio.

Now, with new inventory, the hotel market will become more competitive than it has been in recent years.

“If I’m Hotel X, I have to be more aggressive in how I maintain my market share, and I do that by adjusting room rates to maintain occupancy, but that puts downward pressure on profitability,” Mr. Aedo said.

Despite declining performance, Miami remains one of the top performing hotel markets in the US. It achieves significantly higher occupancy than the US as a whole, according to the Kroll Bond report.

“When you ask an individual hotel how they are doing overall, they will most likely tell you that 2016 and even 2017 have been challenging,” Mr. Aedo said. “And it will be challenging because there’s more hotels competing for customers.”