Advertisement
The Newspaper for the Future of Miami
Connect with us:
Front Page » Communities » Virginia Key marina plan under microscope 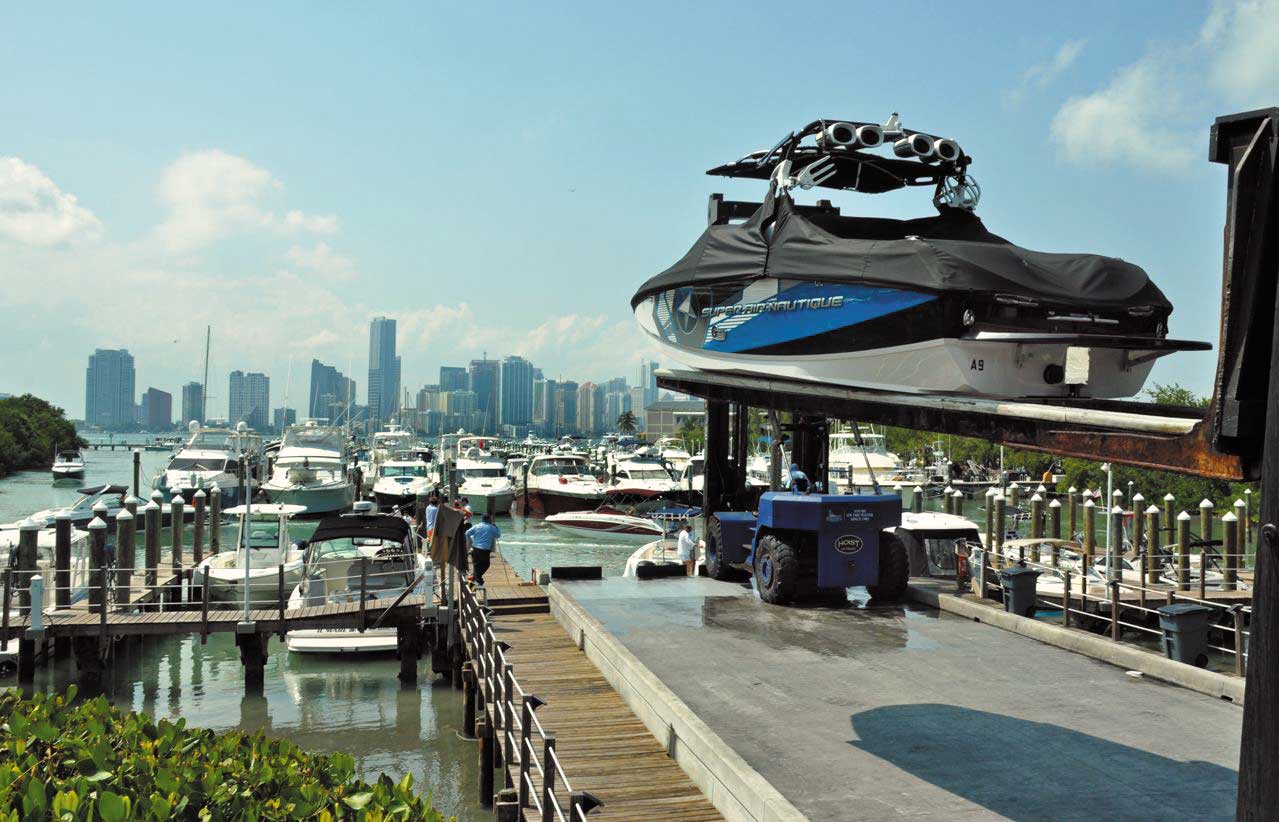 A continuing conversation on the fate of public marinas on Virginia Key was expected this week when the Virginia Key Advisory Board gathered Wednesday at Miami City Hall.

The main agenda item was further review of the latest draft of a request for proposals, or RFP, to improve and manage the two marinas on city-owned property near Miami Marine Stadium.

Board members were provided with a copy of the latest draft of the RFP, which clearly states: “No wet slips will be allowed within the historic basin.” This was one of the more controversial aspects of a similar RFP in 2015.

This latest draft also includes projected minimum base rent, makes notice of sharing parts of the barrier island with the annual Miami International Boat Show, and adds a newly-enacted bid protest procure that removes those protests from the city commission’s responsibility.

The latest draft was to be discussed by the advisory board at a special 4 p.m. meeting Wednesday and was to also undergo review immediately after by the city’s Sea Level Rise Committee.

The advisory board was expected to vote on its recommendation on a new RFP to be considered by the city commission when it meets later this month.

The draft shows anticipated dates for the request for proposals this time around, with a possible date of issue as Jan. 20, with proposals due back to the city’s Department of Real Estate and Asset Management by April 20.

City officials are facing deadlines, as they hope to get the winning proposal on the November ballot for voters to decide by referendum, required by the city charter.

An introduction to the latest draft reads, “The goal of this RFP is to create a vibrant recreational marina and restaurant destination with an ancillary ship’s store facility for city residents and tourists alike.”

The lease consists of a 45-year term with two 15-year renewal terms. The total may not exceed 75 years.

All proposals must include a minimum base rent equal of $2.35 million a year or more. Adjustments based on the Consumer Price Index should also be included, the draft reads.

Additionally, proposals must provide that the city receive a percentage of at least 6% of wet slip and dry storage operations, 6% of fuel sales, and 4% sublease income or other income the proposer receives.

The winning firm must provide an irrevocable cashier’s check of $2 million due on execution of the lease.

The marinas deal also includes participation in the construction of a new municipal parking garage to be owned and operated by the Miami Parking Authority.

The successful proposer must contribute $3.45 million to construction of an adjacent municipal garage. Alternatively, the proposer may provide its own parking or may construct and run the city parking itself, the draft reads.

Under Project Goals, the RFP reads, “The city wishes to redevelop the property into a mixed use waterfront marina, providing first-class services to tourists and residents alike. The project shall combine the two marinas presently on the property in order to create a unified destination…”

Economic objectives include: Increase financial return to the city; improve revenue-producing capacity of facilities; ensure that any proposed ancillary or complementary uses further enhance the destination market appeal; and utilize the available property to maximize its economic potential.

Planning and land use objectives include:

One Response to Virginia Key marina plan under microscope