Advertisement
The Newspaper for the Future of Miami
Connect with us:
Front Page » Top Stories » Miami Military Museum & Memorial marches ahead 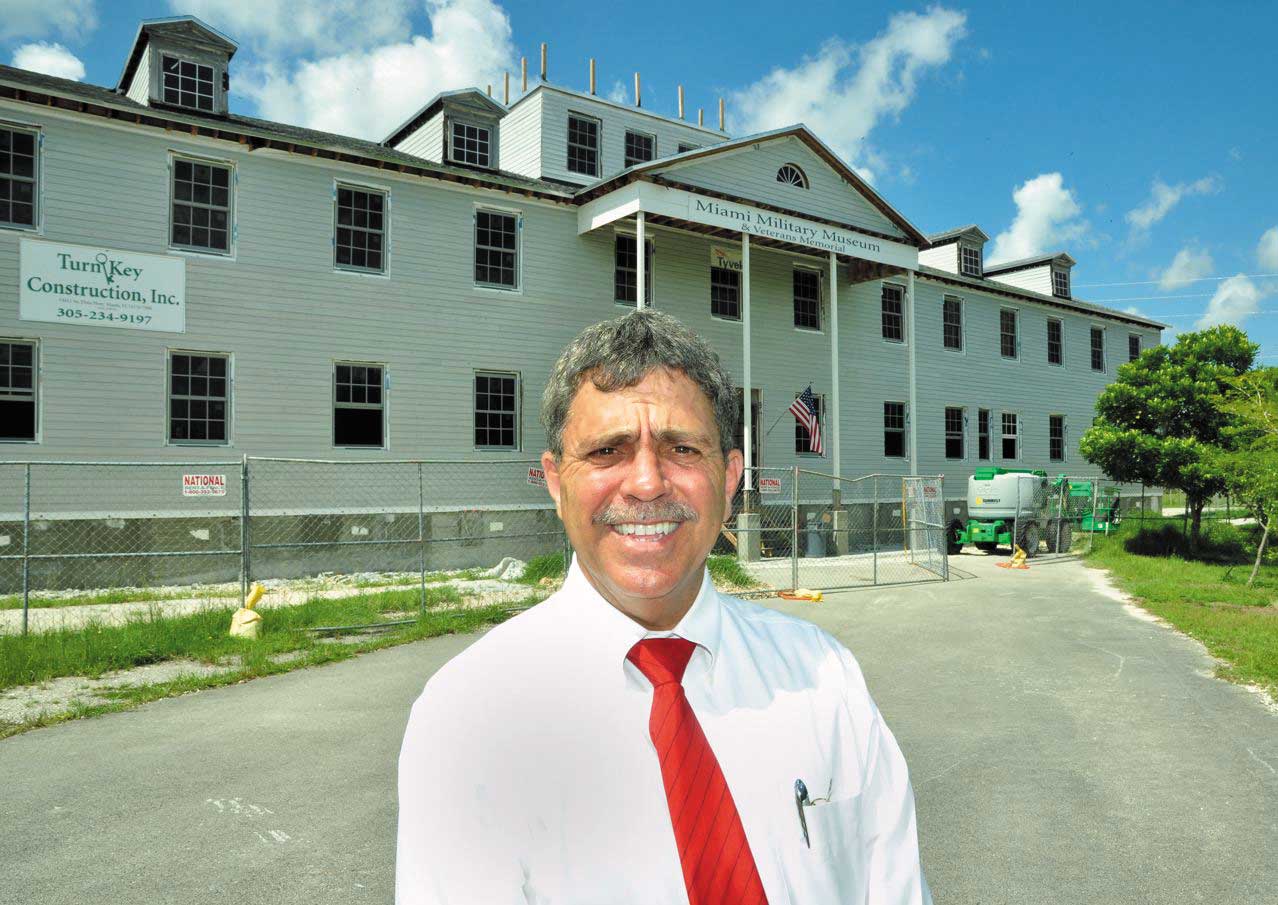 The restoration of the historic building that will house the Miami Military Museum & Memorial has ramped up speed since earlier this year when the State of Florida approved $1.5 million in funding for the project.
The project received the first of its incremental payouts in November.
Before its first payout, however, the museum was put under the microscope by the state’s Division of Historical Resources, which is responsible for preserving and promoting Florida’s historical, archaeological and folk culture resources.
The museum had to provide proof of legitimacy, site surveys and legal titles.
More importantly, however, the division needed proof of a budget and scope of work.
The museum aims to occupy the last remaining building of the Richmond Naval Air Station, which is on the grounds of Zoo Miami. The air station once served as the local US Navy headquarters during World War II and later became an Army and Marine Corps Reserve Center that was used as a training site for anti-Castro freedom fighters, according to the museum’s website.
The budget is spread thin to cover the active restoration of a historic building, completion of the build out, an entrance vestibule, the first and second floors, all exhibit galleries, a multipurpose classroom, a media room, electrical and mechanical rooms, staff areas, a third floor non-public attic and east and west wing spaces, among other upgrades.
The building’s exterior has been completely renovated from the ground up.
Work on the interior began this month, said Executive Director Anthony Atwood, a Navy veteran who has championed the museum since 2007.
The aim is to finish the project using only existing resources.
Dr. Atwood is hoping for a summer 2017 opening, hopefully on July 4 but maybe some time in August.
Last week Miami-Dade County’s Historic and Environmental Preservation Board voted to nominate the building to the National Register of Historic Place.
“To be registered as a historic place – that’s important,” Dr. Atwood said. “If we’re declared a historic structure then it would be very nice and we would get to put up a plaque.”
Museum organizers already have a collection of artifacts to work with once the museum finally opens, and expect only more donations once that happens.
“Once you’re open, word of mouth or putting notices in the newspaper can be a source for people to bring you things – they have already donated amazing things,” Dr. Atwood said.
A second source is the holdings of other military museums around the country.
“There are a lot of military museums, but a lot are run by the federal government and many of them you don’t hear about because they’re on military bases,” Dr. Atwood said. “They’re a source because at any given time only about 10% of the museum holdings in the country are on display – they have more artifacts in their warehouses.”
The museum is gearing up for a late-February unveiling of a monument being built on-site by the Cuban American Veterans Association. The unveiling will include an on-site event, meaning that even if the renovations aren’t completed, the museum would still technically be open.
“If the phone was to ring and it was the office of the governor and he wanted to come and visit,” Dr. Atwood said, “I’d already be in the car on the way over to open up.”