Advertisement
The Newspaper for the Future of Miami
Connect with us:
Front Page » Communities » Hialeah plans to develop two transit-oriented districts 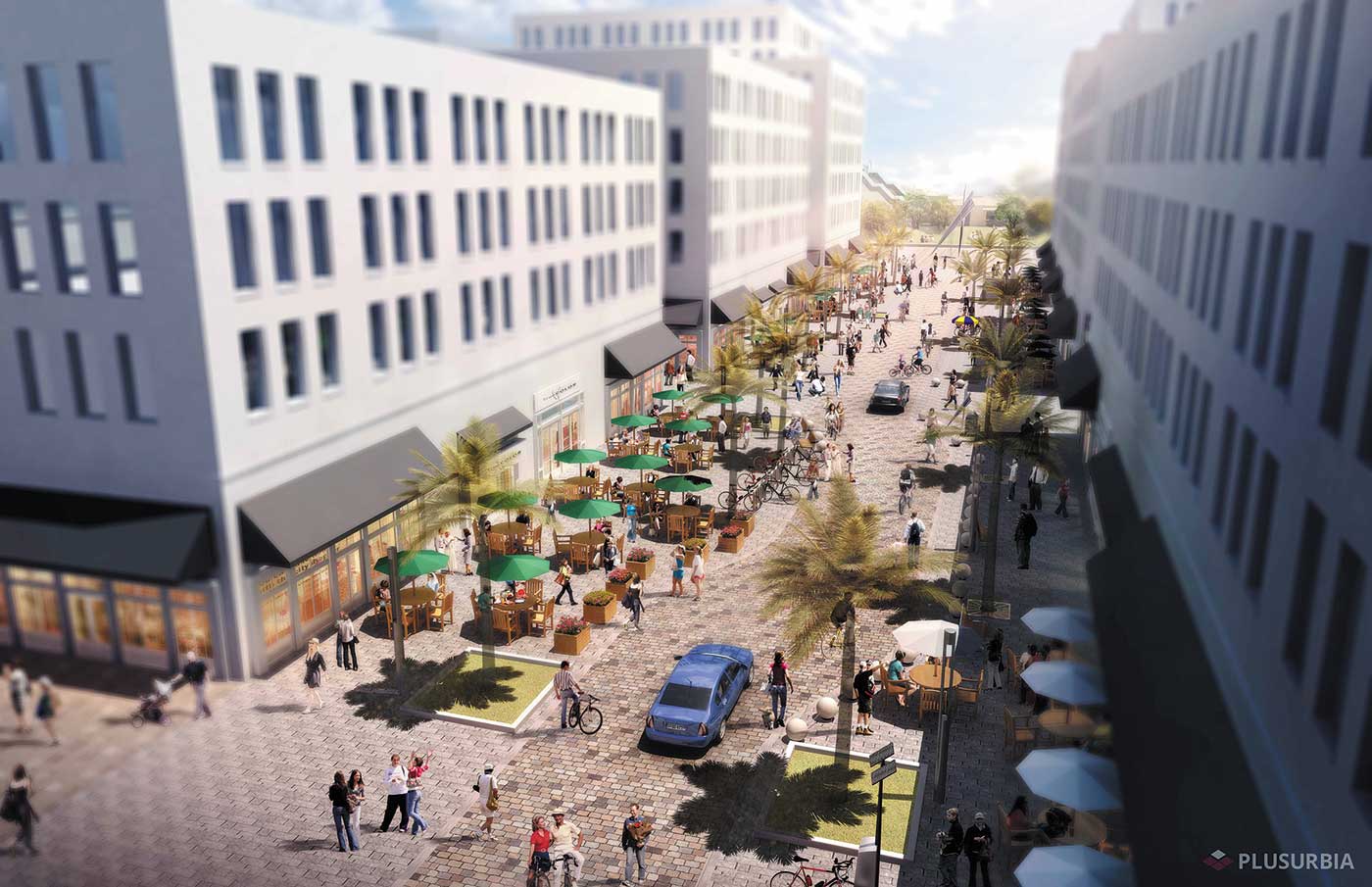 The City of Hialeah has approved the development of two transit-oriented districts aimed at promoting compact, mixed-use projects within walking distance of high-capacity rapid transit.
The two districts are to be developed around the city’s Transfer Station, located near the intersection of East 25th Street and 11th Avenue, and Market Station, located on Southeast 10th Court near Southeast 14th Street.
After being approached by developers eager to move in on the areas, Hialeah city officials approached urban design firm Plusurbia roughly a year ago.
“We wrote the guidelines that look at the best practices, and the city adopted them – they took the guidelines and created legislation,” said Plusurbia founder and director Juan Mullerat.
“We looked at both stations and studied their existing conditions, zoning, and land uses and created a very basic master plan of how development could happen – of course, concentrating on the areas immediately around the station,” said Plusurbia’s Hialeah project manager Maria Bendfeldt.
“We studied the rights-of-way, we studied street sections, we studied heights, densities, open spaces, and we ran two workshops to include the stakeholders. That basically created the master plan,” Ms. Bendfeldt said.
Because of the access to premium rail transit, the zoning allows for a reduction in parking spaces required per unit and an allows increased density.
“Nothing has happened in Hialeah for decades,” Mr. Mullerat said. “It’s not enough to just write a code and say, ‘Here you are, now go develop.’ You have to think of how it’s going to be used, and the open space issue is one of the most important.”
The legislation provides height bonuses to developers that contribute to on-site or off-site improvements to civic space, defined as creating new open or public spaces or incorporating significant art work.
“When you bring in more density you will need more open space,” Ms. Bendfeldt said. “It’s an industrial area and there’s not enough, so the only way we could think of increasing open space without the city having to acquire land is through bonuses.”
“We created regulation for both areas and provided incentives in exchange for something,” said Debora Storch of Hialeah’s planning and zoning division. “There are limits on the height and density, but if you want a bonus, there are certain things that you can do.”
For example, she said, a developer at Transfer Station rezoned and redeveloped a dead-end adjacent to his property into a commercial space in exchange for the green light to build an additional floor in his building.
Hialeah mayor Carlos Hernández said the transit-oriented development districts fit into his vision of urbanizing areas of Hialeah and “going vertically to attract the younger generation.”
“Our City of Hialeah has done a terrible job in the last 40 years in keeping our children and grandchildren here,” Mr. Hernández said. “The idea now is to attract young people to Hialeah, because the last three or four generations have left to other cities and it’s a waste of the investment in the child.”
Ms. Storch believes the retail options in the districts will also attract people with extra time on their hands while waiting for layovers at Miami International Airport, which is connected directly to the stations via Tri-Rail. The airport is also one of the largest employers in the county, so the residential component of the development could draw in airport employees.
Additionally, pilots and stewardesses will be served by the hotels in the districts, Mr. Mullerat said.
“The current uses that are there are, in our opinion, extremely underutilized, but both stations are quite central to Miami-Dade County and the proximity to the airport is extremely desirable,” he said.
Market Station and Transfer Station are both home to Tri-Rail transit stops, while Transfer Station also houses a Metrorail stop, with an Amtrak station a few blocks away.
“It’s important for the growth of the city to urbanize,” Mr. Hernández said, “especially the undervalued and underused old warehouses in the east side of the city.”
Ms. Bendfeldt said there is already a lot of interest in the projects.
“A couple of developers are ready to go,” she said. “There are already two projects in the advanced stages that are going to come through very quickly. The potential is there, it’s just a matter of getting people to know that the legislation happened.”
According to Ms. Storch, the main activities will extend a half-mile radius in every direction from the stations. She expects that the first developments will be well underway in two years.