Advertisement
The Newspaper for the Future of Miami
Connect with us:
Front Page » Top Stories » Big changes coming to South Beach to restore lost luster 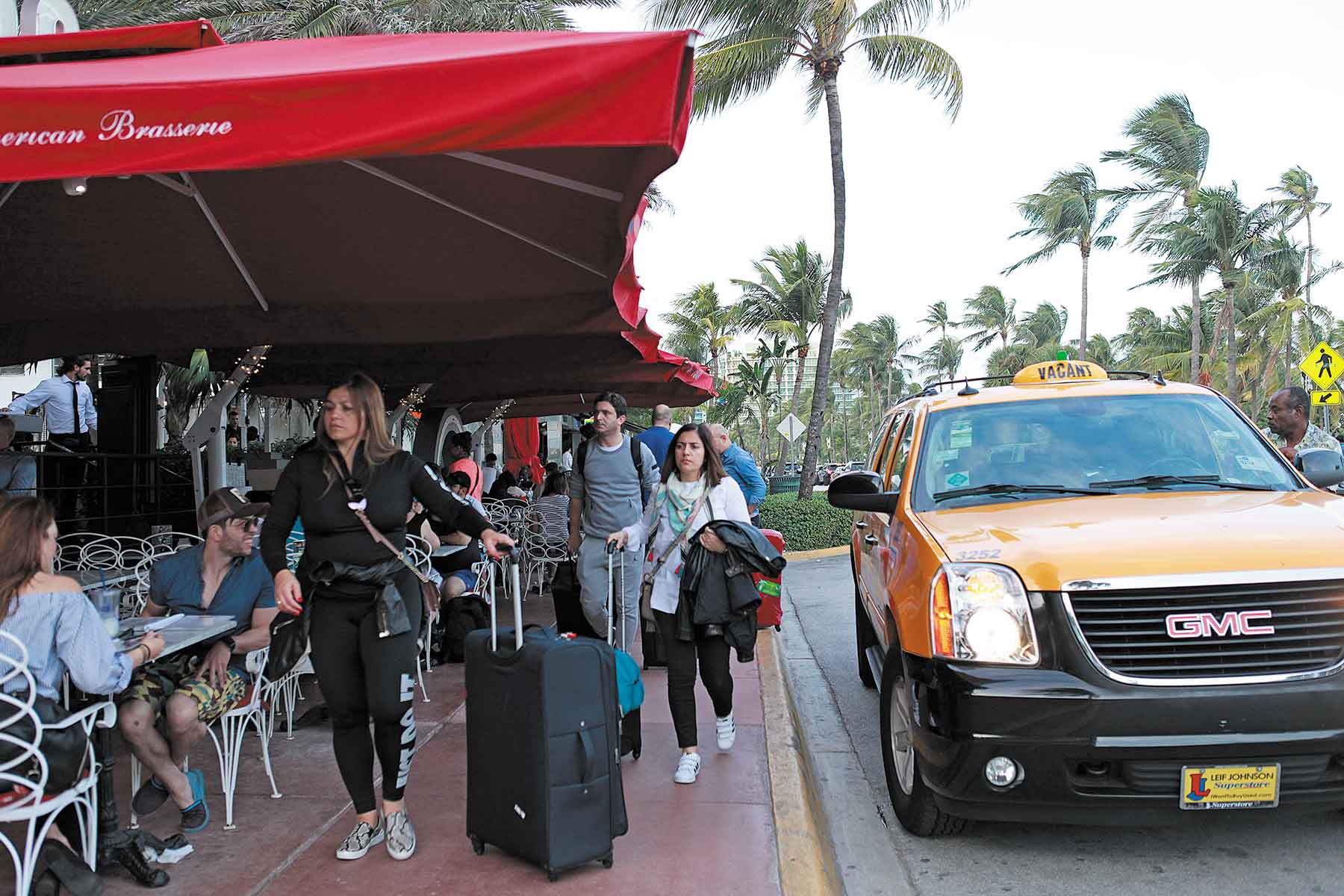 Big changes are coming to South Beach, and business operators there are opening their checkbooks to pay for them.
“My clients felt the changes are important,” said Alex Tachmes, a partner in the Shutts & Bowen law firm and lifelong resident of Miami Beach. He represents the Clevelander Hotel, among other Beach businesses, and helped write the guidelines, which kick in early next year. “Everybody has seen the lack of local residents coming to Ocean Drive, and they’ve seen the complaints on TripAdvisor.”
The new rules were partially driven by a city threat to cut off alcohol sales at 2 a.m. as the district became more raucous. That could have been disastrous to many bars, clubs and restaurants, Mr. Tachmes said. At one point, the city had planned to put the earlier closing hours (5 a.m. is the rule now) on a non-binding straw ballot to voters, but that threat was averted when all parties agreed to the new standards.
The new rules:
■Require restaurants and bars to clearly list menu prices, as well as whether a gratuity is included. Wait staff must also tell patrons the policies about tipping.
■Stipulate that restaurant workers must attend yearly third-party hospitality training.
■Prohibit “hawking” of patrons on the sidewalk, with fines as steep as $1,000 to $5,000 for first and subsequent offenses.
■Ban street vendors or promoters who are offering products, services, free samples, flyers or coupons.
■Establish a 5-foot unobstructed pedestrian pathway.
■Prohibit real and artificial food and beverage displays to attract prospective patrons.
■Discourage chain restaurants on Ocean Drive, with those now existing grandfathered in.
■Create a business improvement district for Ocean Drive.
■Set standards for sidewalk dining, including which furniture and umbrellas must be used, and how far apart tables can be.
■Ban restaurant garbage cans, bussing stations, artificial plants, televisions, speakers and overlapping umbrellas from the sidewalks.
■Mandate that trees and other obstacles that block historic building façades be removed. Trees will be replanted at Lummus Park.
“This changes the gauntlet effect, in which pedestrians had no place to walk and people were sticking menus in your face,” Mr. Tachmes said. “We want to bring back Ocean Drive’s original luster and its history.”
There will be costs to business owners, including printing new menus, buying new furniture for sidewalk cafes, paying for additional lighting and fees for employee training, and replacing features that don’t fit the new guidelines. Some cafes will have to eliminate some tables to keep the pedestrian pathway clear.
Some of the provisions will be included in the city’s zoning code and can be enforced almost immediately, while others will take time to work out, including the retail strategy, he said.
It’s aimed at keeping out “formula retail,” such as fast food establishments and T-shirt shops. “That’s trickier,” Mr. Tachmes said. “How do you define it so you don’t exclude the good ones?” Some unique retailers may have several locations but might also add character, he said. Mr. Tachmes and other stakeholders are to meet with the city’s Planning Department in January to work out some guidelines, he said, but he acknowledged that the retail strategy will be the most difficult piece of the puzzle.