Advertisement
The Newspaper for the Future of Miami
Connect with us:
Front Page » Top Stories » Public marinas on Virginia Key lose a bit of controversy

Public marinas on Virginia Key lose a bit of controversy 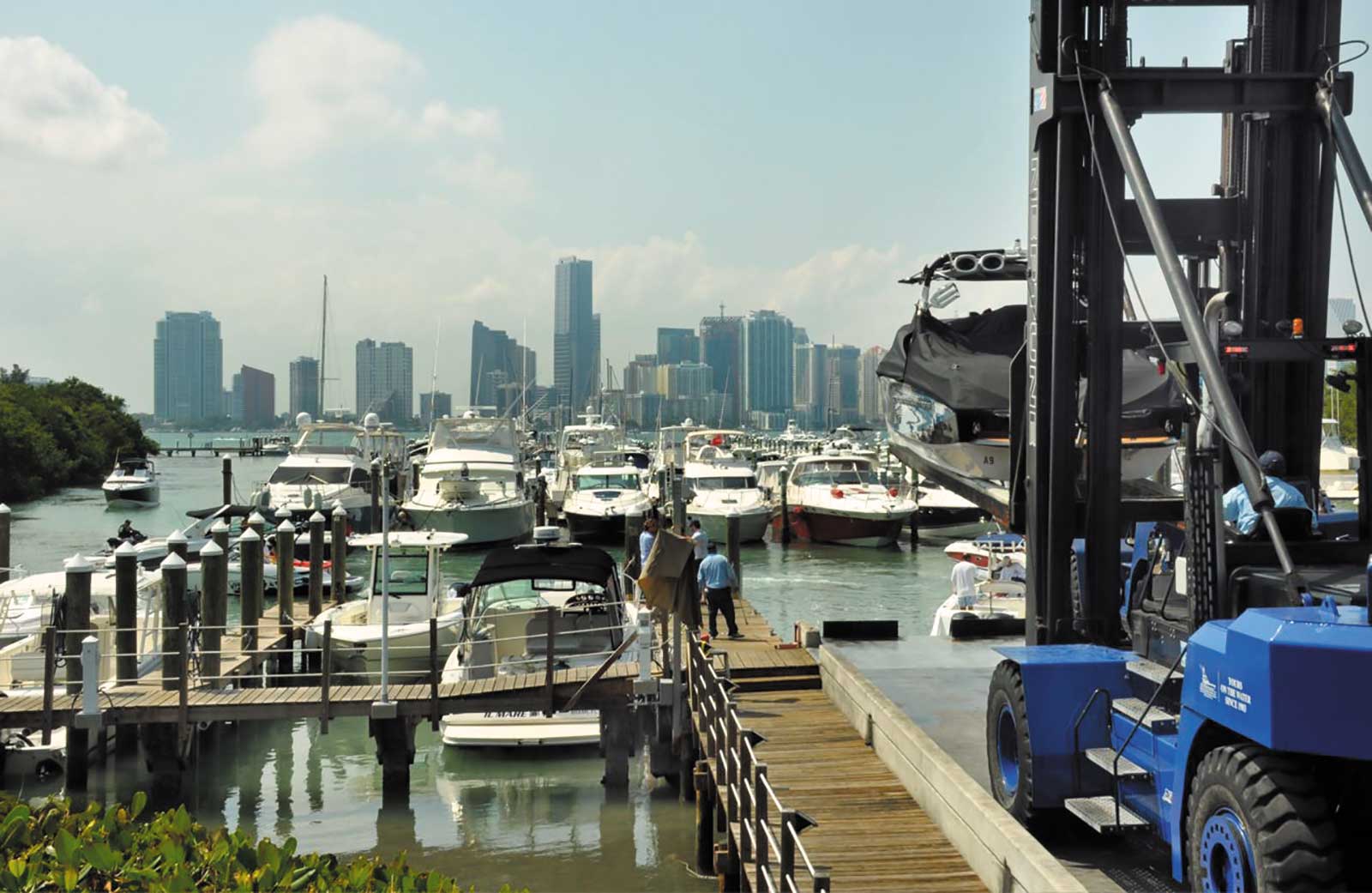 One of the most controversial aspects of plans to redevelop public marinas on Virginia Key – allowing wet slips in the larger historic basin fronting Miami Marine Stadium – is no longer being considered.

That was made clear in documents provided to the Virginia Key Advisory Board and reviewed by members Monday.

The board is reviewing the latest draft of a request for proposals, or RFP for the redevelopment of the two public marinas on the barrier island. The board was expected to vote on a final recommendation regarding the new RFP, which needs final approval from the city commission.

Instead, the board deferred the matter to a special meeting in early January. No date was set, but the meeting could be Jan. 4-6 or 9-11. The goal is to meet and vote on a recommendation before the city commission’s first meeting of the year Jan. 12.

The first request in 2015 drew three bids. After controversy and a bid protest, commissioners rejected all three and began from scratch. Some residents fear over-development of the key that links Key Biscayne to the mainland.

In the previous RFP, in an effort to boost potential revenue the city allowed developers to expand the marina uses, including new wet slips established in the larger basin. As that bidding process was unraveling at a series of meetings this year, it became clear that advisory board members, city commissioners and members of the public strongly opposed wet slips in the basin.

Opponents had different reasons; some fearing harm to marine life and the area’s ecology, while others said an established wet slips marina could impact water-borne events in the basin, referring to the early years when speed boat races were held there.

The topic of wet slips was on the mind of advisory board members last month as they dissected the parts of the new RFP.

Before Monday’s meeting, board members got a report from city staff listing comments and concerns raised about the latest draft and responses to each.

Jacqueline Lorenzo, a property management specialist with the city, wrote the responses and was on hand Monday. Wet slips came up several times.

One board member had commented: “While it is technically correct that the property which is the subject of the RFP does not include the [historic] basin, the bidders in Round 1 sought to put slips in the historic basin. Let’s cut that off at the outset in this RFP.”

Ms. Lorenzo’s response reads: “The RFP will be revised throughout to indicate that no slips will be permitted within the historic basin.”

The report, which points out aspects of the new RFP, does say the city is retaining the right to create a mooring field within the basin later on.

Blanca Mesa, Sierra Club designee on the board, challenged this notation in addressing Daniel Rotenberg, director of the city’s Department of Real Estate and Asset Management and an ex-officio member of the board.

He was adamant and said several times that wet slips in the basin are not a part of the new request for proposals.

When Ms. Mesa brought up the city retaining the right to create a mooring field within the historic larger basin, Mr. Rotenberg said it is not part of new RFP. He said procurement law requires the city to add that language in any agreements, and as for the mooring fields “we’re contemplating it.”

Mr. Rotenberg said the new RFP does not include an expansion of the marinas on city-owned property northwest of Marine Stadium. The project would entail redevelopment of Rickenbacker Marina, currently operated by a private company, and Marine Stadium Marina operated by the city.

Ms. Mesa and Mr. Rotenberg argued about several items, including seagrass mitigation, dredging, the commercial portion of a redeveloped marina and trees.

Mr. Rotenberg said mangroves are not native to the island.

Ms. Mesa disagreed strongly. “What is the source … that is quite an astounding comment,” she said.

“It’s in here,” said an aggravated Mr. Rotenberg. “It’s a little bit insulting to listen to this,” he added.

Mr. Rotenberg mentioned more than once the vast time and effort already spent in the city’s move to get a new operator for the Rickenbacker Marina and its dry dock marina next door.

He expressed frustration in answering questions about the RFP process that he feels have been long answered, including why the proposed lease of the city marinas is for 75 years.

That point came up again Monday, from community activist Grace Solares, and Mr. Rotenberg said it is the minimum duration for a lease that will rely on a developer seeking financial backing for a project. He said 75 years is the threshold for financial institutions being comfortable in lending money for projects.

Mr. Rotenberg interrupted Ms. Mesa several times during a long back-and-forth session that was finally halted by Board Chairman Greg Bush, who asked if any other board members wanted to comment on the latest RFP.

Any proposed lease of the city-owned waterfront has to be approved by the elected city commissioners, and ultimately by city voters.

City officials have reminded commissioners and advisory board members that the city is aiming to get the matter before voters in November 2017. In order to make that happen, the new request for proposals needs to be issued soon because the process of reviewing the bids and selecting a winning proposer takes many months.

When the 2015 bid process crumbled, city officials asked for a study regarding the feasibility of the city itself redeveloping and operating the two marinas.

CBRE Valuation & Advisory Services conducted the study and recommended the city not take the risk of redeveloping and managing the marinas.

CBRE analyzed the potential redevelopment of Rickenbacker and Marine Stadium marinas by either the city or the private sector.

The firm’s conclusion: “In our opinion, there is a very high risk of financial loss to the city associated with hidden costs and a very lengthy permitting process associated with the redevelopment of the south basin and the development of the [larger] north basin. Based on these risk factors alone, it is our opinion that the city should not undertake the risks and unknown costs associated with attempting to develop and operate the subject. Rather, the private sector is better suited to redevelop based upon their marina specific experience and expertise.”

The conclusion was rooted in part in the potential high cost of dredging and mitigation as part of redeveloping both the larger marina and smaller Marine Stadium Marina.

On Monday, Mr. Bush asked if it’s too late to revisit the idea of the city operating the marinas. He also wondered how out-of-date the marinas are, asking “how desperate are we to upgrade?”

Mr. Bush suggested not being in a hurry to decide the fate of the marinas.

“We’d be happy to look at it again, although we’ve been vetting this for a very long time,” said Mr. Rotenberg, who said a delay now would simply kick the can down the road and the city would lose another year.

“I’m adamant that we do it right this time,” responded Mr. Bush.

Ms. Mesa also suggested taking more time to evaluate the best use of city-owned lands on the key.

Resident Miriam Merino, founder of Brickell Watch, complained of pollution in the bay and of the complexity of what the city is trying to do on Virginia Key.

In regard to proposals for new marinas and luxury stores allowed on the island, Ms. Merino said, “I trust this board will help us – the public.” She said the island should not be handed over to special interests and rich boaters.