Advertisement
The Newspaper for the Future of Miami
Connect with us:
Front Page » Communities » Miami looks at dropping some speed limits to 20 mph

Miami looks at dropping some speed limits to 20 mph 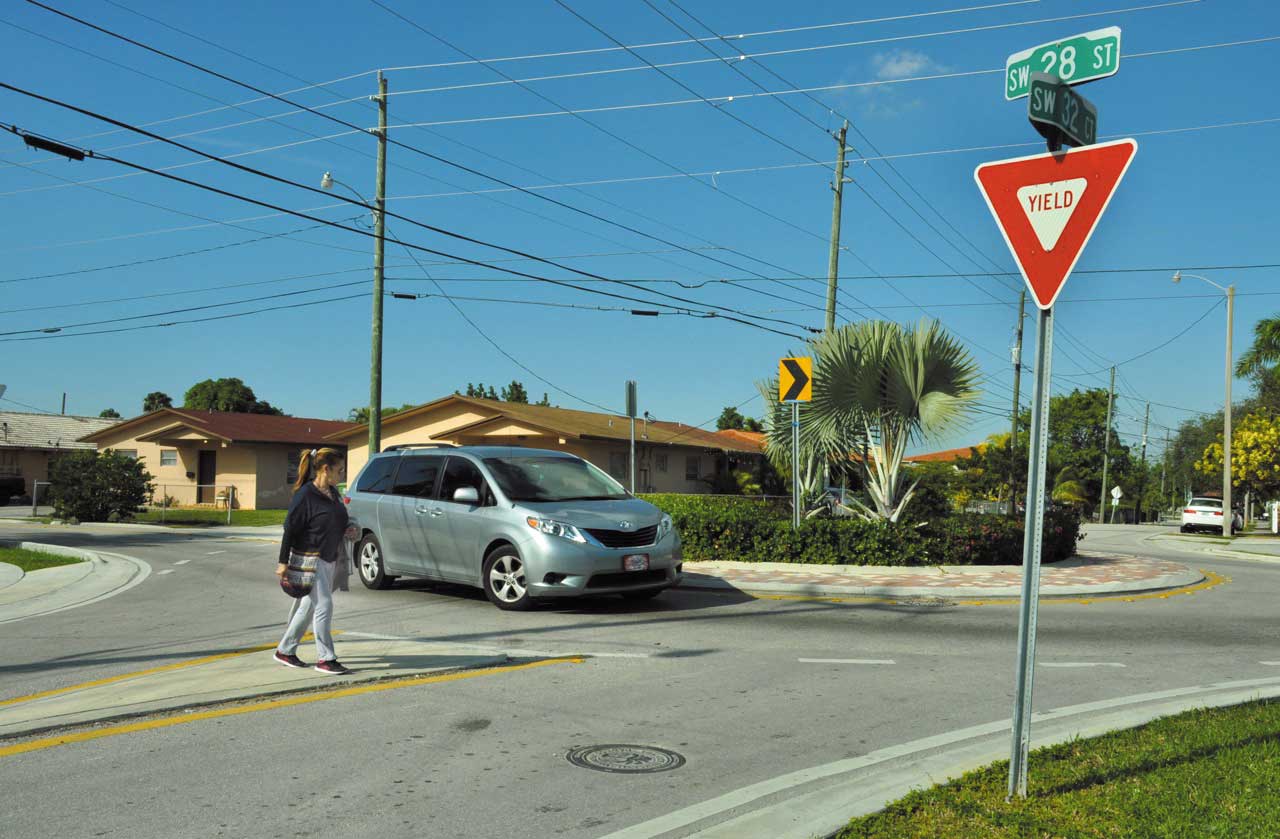 That’s the reaction of some City of Miami residents and Commissioner Frank Carollo, who are continuing to fight for even lower speed limits through residential neighborhoods.

Mr. Carollo came back this month with an even stricter proposal: drop speed limits to 20 mph.

The catch is, city officials can’t do it on their own: It requires approval of Miami-Dade County officials, who often require a traffic study.

Commissioner Francis Suarez has repeatedly noted his struggle to wrest some control of city streets from the county, a fight that eventually succeeded. In November and at the Dec. 8 meeting he again spoke of his three-year drive to win control of traffic-calming devices on city streets.

A big reason to seek control, he said, was that more than 70% of requests from residents in his district to the county to install signs and traffic-calming devices were denied. “I’m much more a proponent of an engineered solution than the speed limit.”

Along with lowering the limit in residential areas, Mr. Suarez said, the city should combine methods, including also traffic-calming speed humps, speed tables and traffic circles, and increased and steady law enforcement.

Another action to combat cut-through traffic could be limited or restricted access streets, Mr. Suarez said. “Our neighborhood streets should not be a means to travel from one side of the city to the other.”

Mr. Carollo provided commissioners with studies showing a high number of pedestrian-car accidents in the city.

Residents of Coconut Grove who live in old established neighborhoods on narrow streets with no sidewalks have been very vocal in advocating for lower speed limits.

Mr. Carollo said he can appreciate the concerns of Grove residents, but he cited similar issues in Shenandoah, The Roads and other pockets of single-family homes as well.

Commissioner Wifredo “Willy” Gort agreed, noting that high speed cut-through traffic – drivers trying to avoid bottlenecks on major thoroughfares – has an impact in his district of Allapattah too.

“The [accident] studies don’t tell you that traffic is an issue,” Mr. Carollo said. Traffic congestion continues unabated, he said, “year after year after year, and nothing’s been done.”

“I understand that enforcement is an issue,” said Mr. Carollo, but he said he feels strongly that the city should fight for a 20 mph limit.

The resolution approved Dec. 8 directs City Manager Daniel Alfonso to lower the posted speed limit to 20 mph on all low-density residentially-zoned neighborhood streets classified as part of the city’s street system, and to develop a plan to actually lower the limit “upon Miami-Dade County approval.”

Mr. Alfonso said his office received notice from the county’s Department of Public Works that it would not support a 20 mph limit but would be willing to support 25 mph in certain neighborhoods.

Coral Gables is also working toward legislation to lower its speed limit in residential areas to 25 mph.